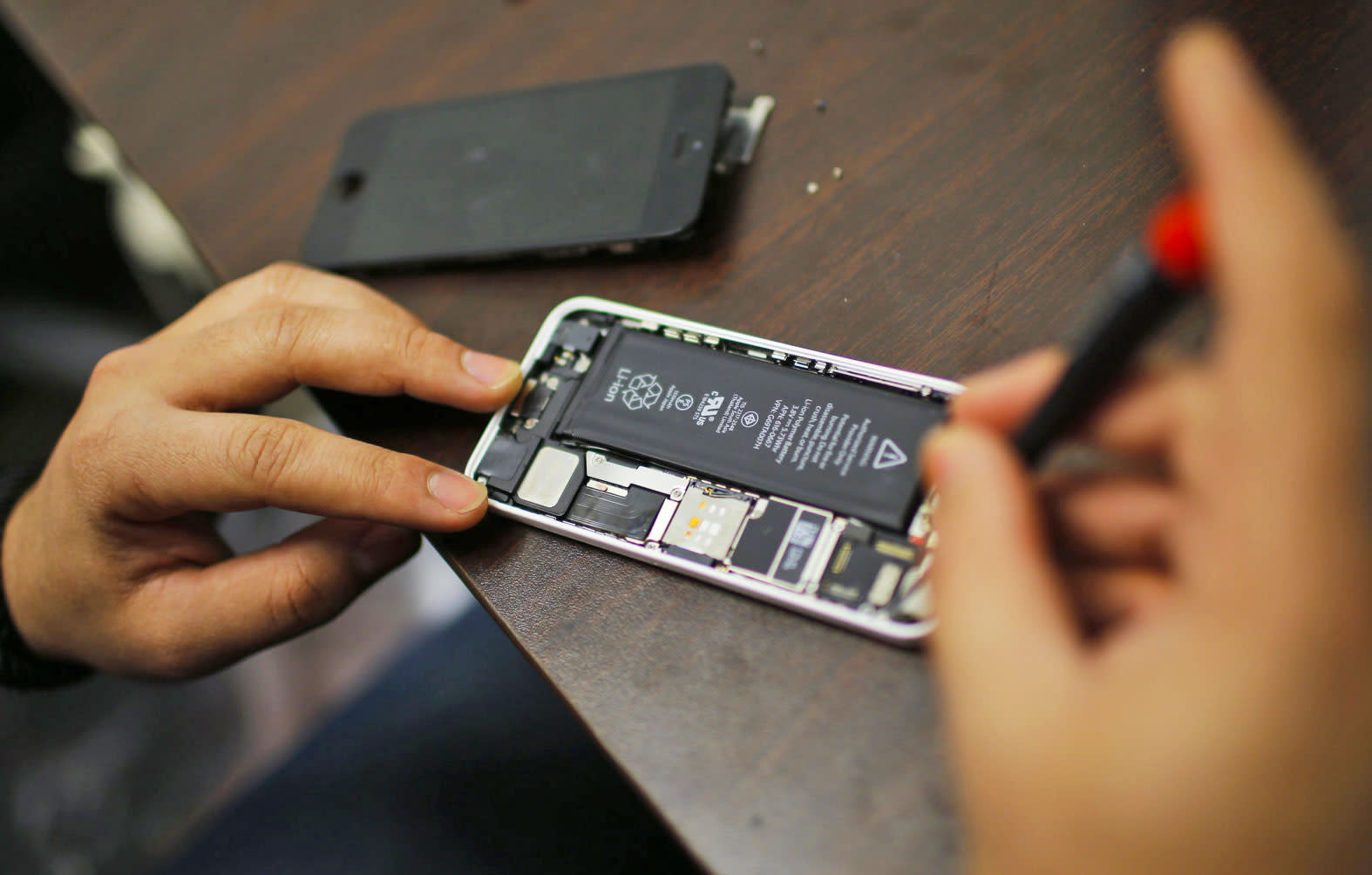 If you've ever wondered why nobody other than Apple is officially licensed to fix your iPhone, it's because the device titan has locked out everyone else from accessing manuals or spare parts. This pushes small electronics shops to buy used or counterfeit parts of dubious quality. But back in January, five states introduced "right to repair" bills that would force Apple and other device manufacturers to give the public access to proper instructions and components. Surprising no one, tech titans have been lobbying to kill those bills in at least two of those states.

According to a report by New York's Joint Commission on Public Ethics, the companies that lobbied against the state's bill include: Apple, Verizon, Toyota, Lexmark, Caterpillar, Asurion, and Medtronic, as well as the Consumer Technology Association (which represents electronics manufacturers). But Apple has been active in Nebraska, too. State senator Lydia Brasch, who introduced her Adopt The Fair Repair Act, told Buzzfeed News that she'd had a meeting with a representative from the tech giant who warned her that passing the legislation turn Nebraska into a "Mecca for bad actors" and flood it with hackers.

It's not just Apple keeping you from getting the parts to fix your iPhone, though Brasch does point out that there's only one Apple store in all of Nebraska to go to for device repairs. Her bill to let folks repair their own tech is focused on agricultural machines, not consumer electronics.

"The primary impetus," Brasch told Popular Mechanics back in February, "is that we are an agricultural state. One out of every four jobs is connected to agriculture. When you are work in farming, you are tied to weather restrictions—planting, harvesting, all have to take place when the weather is holding. When we have an equipment breakdown, sometimes there's a waiting period to get repairs down. At the same time, you're chasing daylight, and you're helpless during that period of time to diagnose, to maintain, or to repair your own equipment as you had in the past. Farmers are falling behind waiting in the queue for someone to work on their equipment."

What would likely happen, aside from making it much easier and cheaper for consumers to to get their own devices fixed, is a major loss of revenue from tech companies that currently have a repair monopoly. Apple has justified this dominance by claiming it ensures high quality of parts and services -- which, in a perverse way, is true: locking out repair shops forces them to rely on potentially inferior substitute components and build their own reputation against Apple's titanic brand.

In this article: applenews, gadgetry, gadgets, gear, repair, righttorepair
All products recommended by Engadget are selected by our editorial team, independent of our parent company. Some of our stories include affiliate links. If you buy something through one of these links, we may earn an affiliate commission.