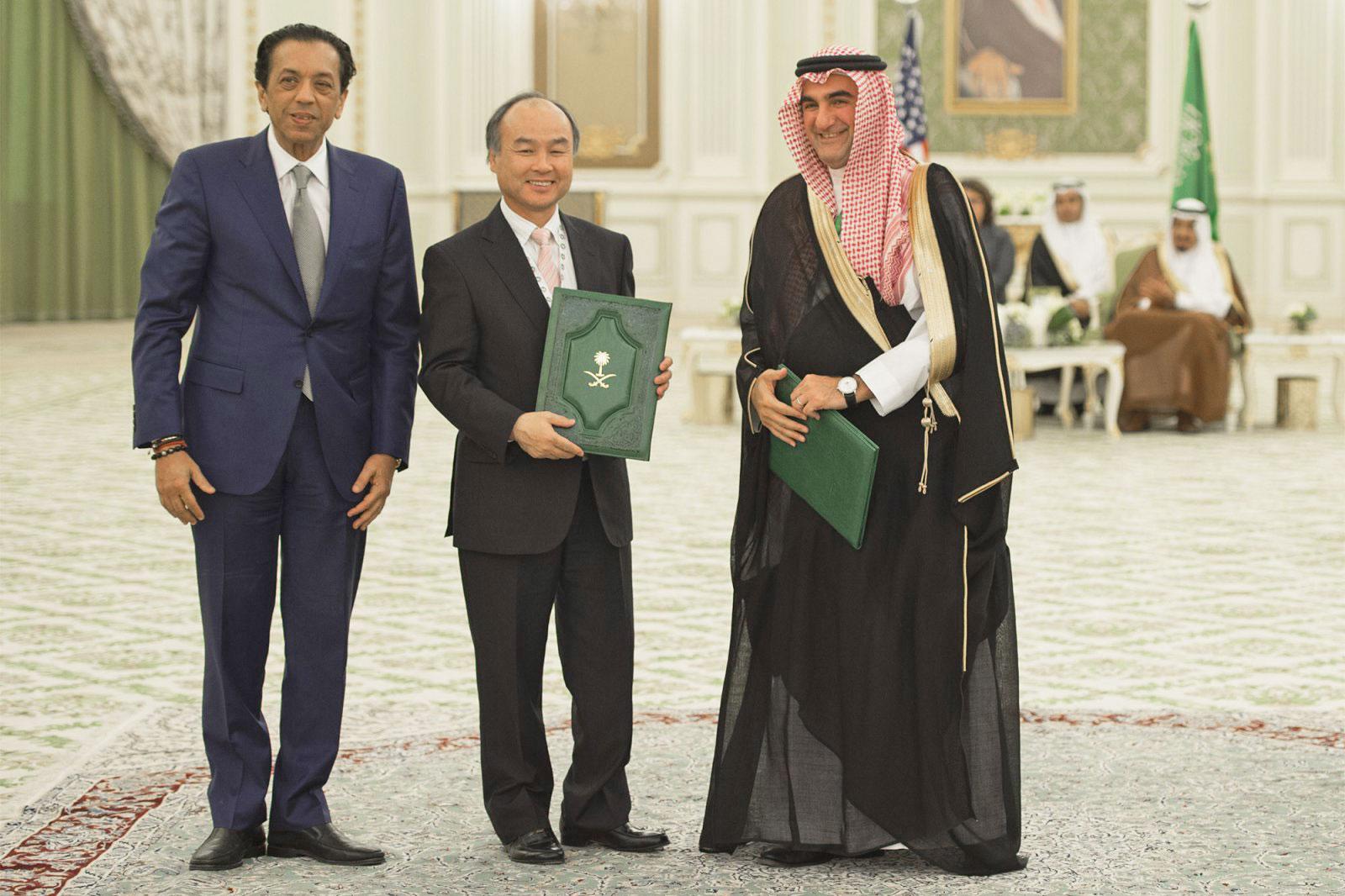 It's normally not a big deal if a tech investment fund scores a lot of money (unless you're a startup CEO eager for cash), but the latest windfall is definitely an exception to the rule. After no shortage of hype, Sprint owner SoftBank and the Saudi Arabian government have secured their first major round for the Vision Fund, a tech investment group hoping to back "transformative technologies" ranging from biotech to communications. How major? About $93 billion dollars -- while that's not quite the $100 billion the creators are aiming for, that easily makes it the world's largest tech investment fund, not to mention the largest private equity fund. The remaining $7 billion should come by the time the Vision Fund finishes its money-raising efforts in about 6 months.

There are no shortage of big-name contributors. Apple, its nemesis-slash-partner Qualcomm, ARM, manufacturing giant Foxconn and Sharp have collectively poured billions into the fund. Outside of SoftBank and Saudi Arabia, one of the largest backers is Abu Dhabi's Mubadala Investment -- it poured $15 billion into the effort.

As you might guess, each side has its own strong incentives for shelling out so much money. For SoftBank, this is another step on the road to thriving outside of its native Japan. It could be particularly important for SoftBank's American ambitions -- it's no coincidence that it announced the funding round right as President Trump is visiting Saudi Arabia to land some huge deals. The Saudi government, meanwhile, could diversify the local economy away from its dependence on oil at a time when the world is moving to renewable energy.

And the tech companies contributing relatively small amounts? Naturally, they're hoping that the fund will back innovations that help them down the road. A $1 billion investment like Apple's might not sound like much, but it could pay huge dividends if it leads to a breakthrough or gives a partner the resources it needs to grow. You won't see the effect of the Vision Fund until years from now, but it could reshape the industry if investors play their cards well.

In this article: apple, applenews, arm, business, foxconn, gear, internet, investment, mobile, personal computing, personalcomputing, qualcomm, saudiarabia, sharp, softbank, sprint, visionfund
All products recommended by Engadget are selected by our editorial team, independent of our parent company. Some of our stories include affiliate links. If you buy something through one of these links, we may earn an affiliate commission.