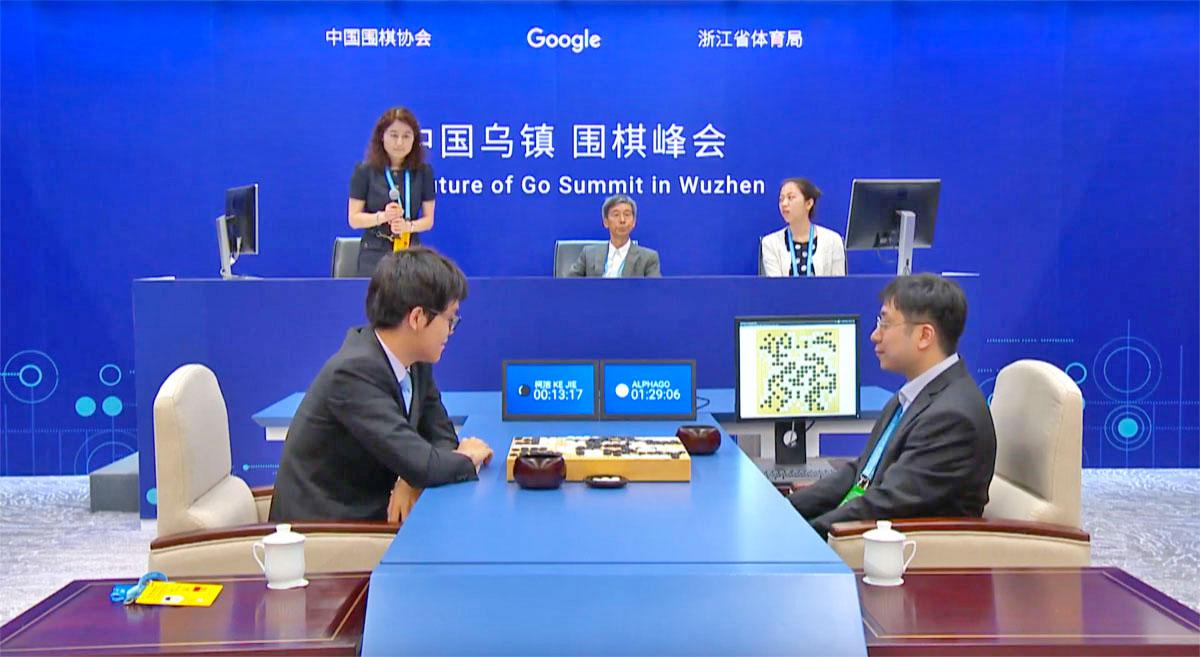 Google's AI star, AlphaGo, wins again. It bested Ke Jie, the world's best Go player, by just half a point -- the closest margin possible. After the match, Google's DeepMind CEO Demis Hassabis explained that this was how AlphaGo was programmed: to maximise its winning chances, rather than the winning margin. This latest iteration of the AI player, nicknamed Master, apparently uses 10 times less computational power than its predecessor that beat Lee Sedol, working from a single PC connected to Google's cloud server.

We've embedded the entire match here, but for those not completely up to speed with Go, the AI player picked up a 10-15 point lead early on, which limited the possibilities for Jie to respond. Jie was occasionally winning during the flow of the match, but AlphaGo would soon reclaim the lead, ensuring that his human opponent had limited options to win as the game progressed.

According to his human opponent, AlphaGo made many elegant moves: Jie pointed out the AI's 24th move as a particularly high-level strategy that apparently made "all the stones work across the board." Intriguingly, the Go prodigy even pitted some of AlphaGo's own moves and strategies early into the match.

After the game, the DeepMind team explained that AlphaGo was programmed with a goal to win, but other versions of the AI could be made with different goals in mind, including "maximising the gap" -- an aim of trouncing its opponent with a high-score win. Hassabis said: "We want to use AlphaGo as a tool that the Go community can use to improve their games."

"We'll release some details of the architecture, of the games that AlphaGo plays against itself, later this week," said the DeepMind CEO. "The reason, ultimately, is to use [AI] more widely in science and medicine to help human experts make faster breakthroughs. We have a lot of work ahead of us in the coming years."

The second match takes place on Thursday, with the final third match scheduled for Saturday. Because a computer doesn't get tired, AlphaGo 'Master' will also take part in two other showcases. In one match, it'll act as a teammate to two Chinese pros playing each other. In another, it'll challenge five pro players at once. (Which is just showing off, surely.)

In this article: ai, alphago, alphagomaster, applenews, deepmind, gadgetry, gadgets, gear, google, robots, video
All products recommended by Engadget are selected by our editorial team, independent of our parent company. Some of our stories include affiliate links. If you buy something through one of these links, we may earn an affiliate commission.