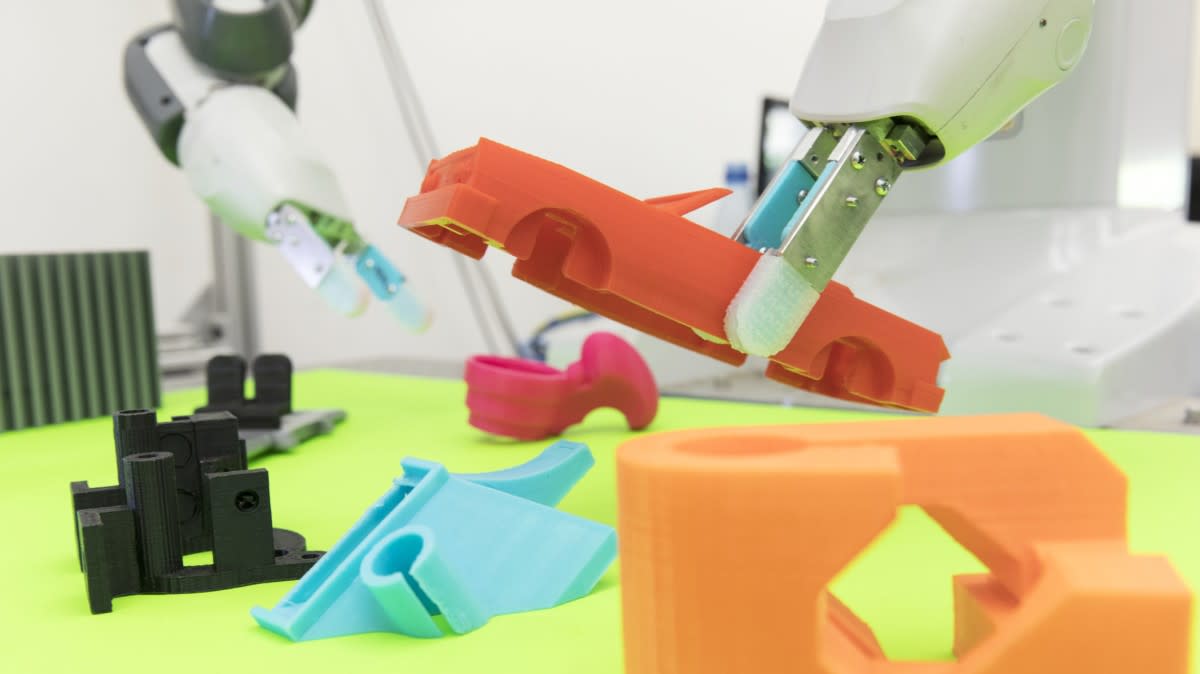 Training robots how to grasp various objects without dropping them usually requires a lot of practice. But a new robot, designed by researchers at UC Berkeley and Siemens and described in an upcoming paper, can learn how to grip new objects just by studying a database of 3D shapes.

The robot is connected to a 3D sensor and a deep-learning neural network to which researchers fed images of objects. They included information about the objects' shapes, visual appearances and the physics of how to go about grabbing them. So, when a new object is placed in front of the robot, it just has to match it to a similar object in the database.

This method of robot training can shave a lot of time off from machine-learning processes and can produce robots with greater dexterity. "We can generate sufficient training data for deep neural networks in a day or so instead of running months of physical trials on a real robot," Jeff Mahler, a postdoctoral researcher working on the project, told MIT Technology Review. The robots currently used in factories are very precise and accurate with known objects but can't adjust well when faced with new ones. The efficiency of this training strategy and the reliability of the robot's grip sets this method up nicely for commercial use in the future.

In this article: applenews, gadgetry, gadgets, gear, MachineLearning, NeuralNetwork, robots, siemens, tomorrow, UcBerkeley
All products recommended by Engadget are selected by our editorial team, independent of our parent company. Some of our stories include affiliate links. If you buy something through one of these links, we may earn an affiliate commission.