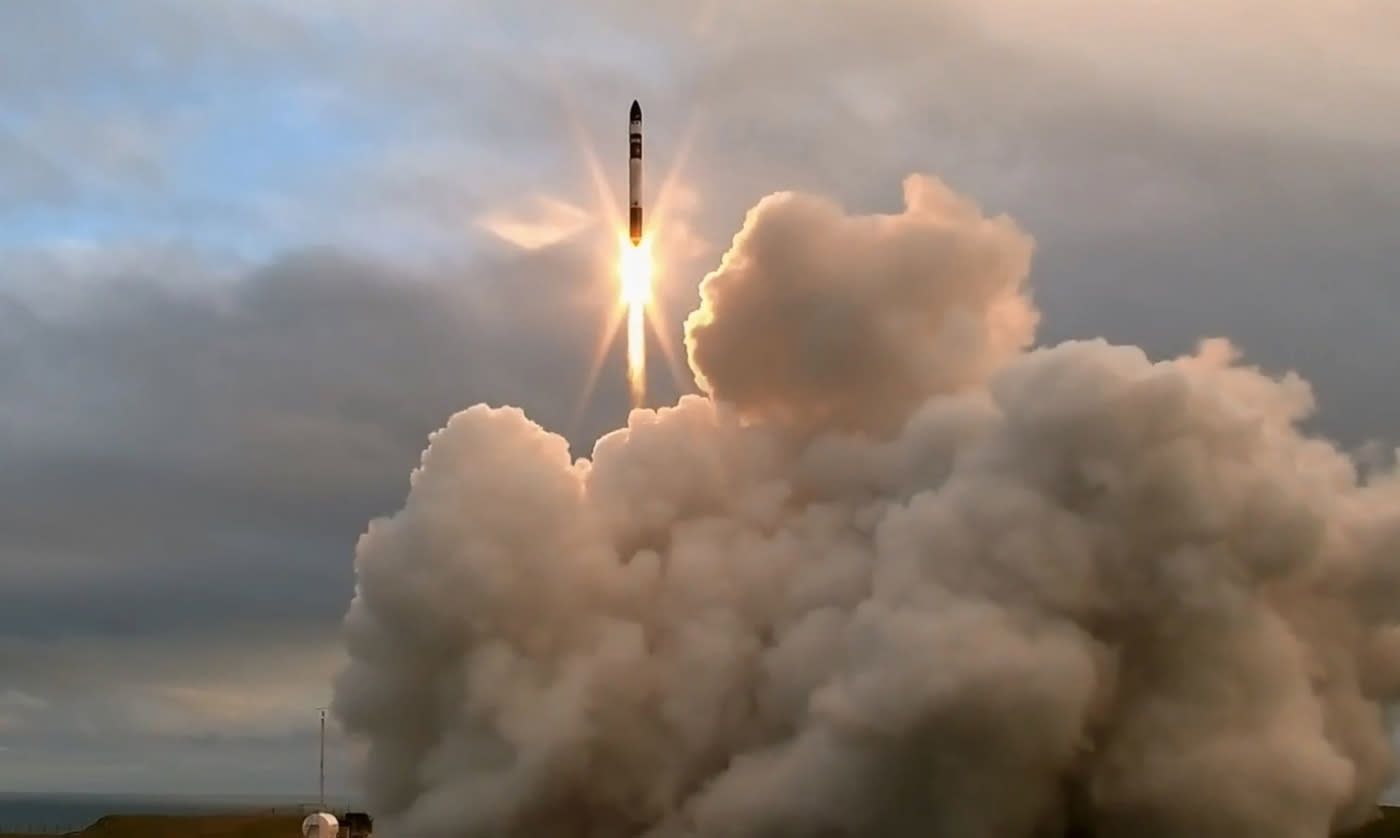 Rocket Lab has successfully launched its 56-foot-tall Electron rocket for the first time. The relatively tiny vehicle, designed to ferry small payloads to orbit, reached outer space around 20 minutes past midnight (Eastern time) on May 25th. Rocket Lab opened its 10-day launch window on May 21st and had to scrub three times due to poor weather conditions. Now that Electron was finally able to head outside our planet's atmosphere, the company also became the first to launch an orbital-class rocket from a private facility.

"It has been an incredible day and I'm immensely proud of our talented team. We're one of a few companies to ever develop a rocket from scratch and we did it in under four years. We've worked tirelessly to get to this point. We've developed everything in house, built the world's first private orbital launch range [in New Zealand], and we've done it with a small team."

The Electron has a carbon-composite shell and uses the company's proprietary Rutherford engines, which has 3D-printed primary components. It can carry up to 330 pounds worth of cargo to orbit, so its main payloads will mostly be small satellites like CubeSats. The company expects to stage a lift off 50 times a year, though it's legally allowed to launch up to 120 times. That's probably more than what it can realistically book at this point in time -- as Wired points out, there were only 85 overall launches in 2016.

Rocket Lab believes it can eventually do more launches than other aerospace companies, though, since it will offer cheaper services to customers who typically have to pay big money to hitch a ride on larger rockets. It already has clients lined up, including NASA, but before it can officially fulfill their order, it still has to successfully complete its next two test flights. The Rocket Lab team plans to use what it learns from this round to plan for its second flight, which will send an Electron to orbit.

In this article: applenews, firstlaunch, gear, rocketlab, space, TL17SPCSHP
All products recommended by Engadget are selected by our editorial team, independent of our parent company. Some of our stories include affiliate links. If you buy something through one of these links, we may earn an affiliate commission.