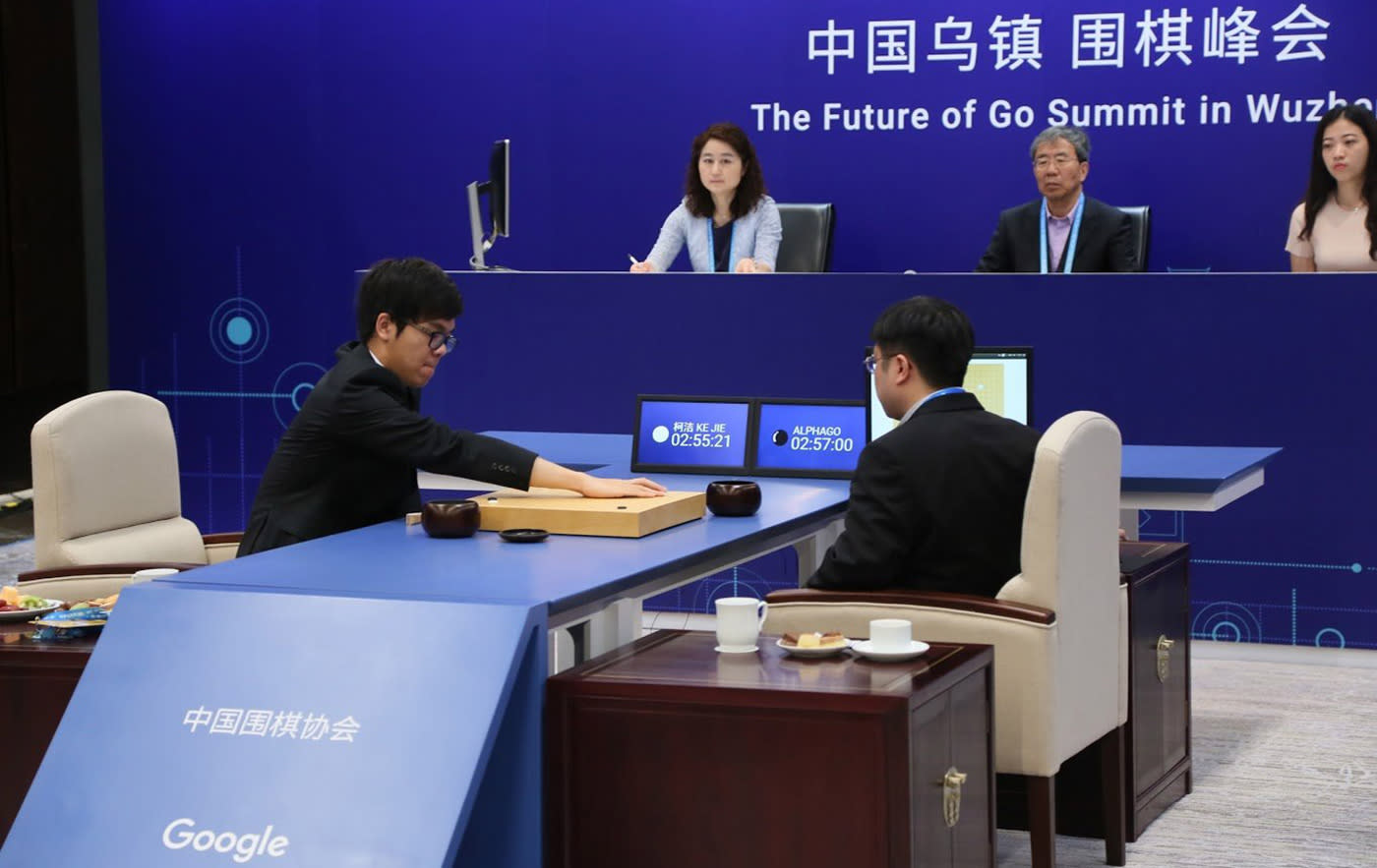 To say that AlphaGo had a great run in the competitive Go scene would be an understatement: it has just defeated the world's number 1 Go player, Ke Jie, in a three-part match. Now that it has nothing left to prove, the AI is hanging up its boots and leaving the world of competitive Go behind. AlphaGo's developers from Google-owned DeepMind will now focus on creating advanced general algorithms to help scientists find elusive cures for diseases, conjure up a way to dramatically reduce energy consumption and invent new revolutionary materials.

Before they leave Go behind completely, though, they plan to publish one more paper later this year to reveal how they tweaked the AI to prepare it for the matches against Ke Jie. They're also developing a tool that would show how AlphaGo would respond to a particular situation on the Go board with help from the world's number one player.

While you'll have to wait a while for those two, you'll soon be able to watch 50 games AlphaGo played against itself when it was training. If you'll recall, the researchers had it play games on its own after feeding it samples, so it could keep getting better and better. Go player Gu Li says those matches are "like nothing [he's] ever seen before" and that they're "how [he] imagine[s] games from far in the future." DeepMind will upload those 50 games in batches, with the first 10 already available on its website.

In this article: ai, alphago, applenews, gear, go, google, robots
All products recommended by Engadget are selected by our editorial team, independent of our parent company. Some of our stories include affiliate links. If you buy something through one of these links, we may earn an affiliate commission.