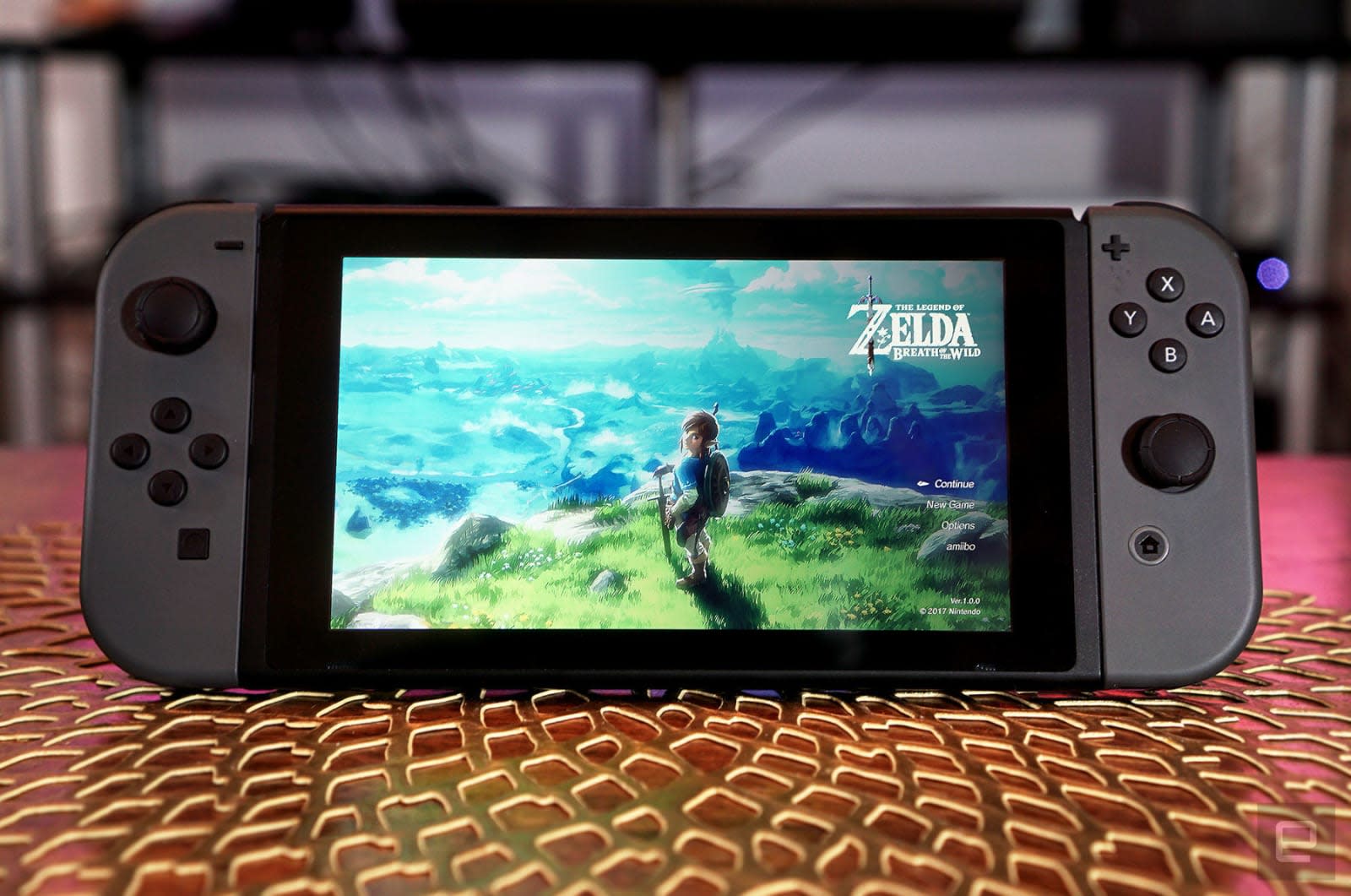 It's no secret that Nintendo is facing a ton of demand for the Switch, to the point where it reportedly doubled production to keep up. Even that figure might be a tad conservative, however. The Financial Times' supply chain sources claim that Nintendo has hiked its Switch production to 18 million for its current fiscal year (which ends in March 2018), up 2 million from the Wall Street Journal's figures. Why? Allegedly, it's to prevent "customer tantrums" during the holidays -- Nintendo doesn't want to ship Super Mario Odyssey in November with no systems available to play it.

The console giant is officially sticking to a shipment target of 10 million over the same period. However, numerous analysts believe the company is intentionally lowballing its goals. It might not want to promise the Moon and leave investors disappointed if there's either a production problem (say, not enough LCDs) or a surprise slump in demand.

If the figure is authentic, though, it suggests that Nintendo has had to keep raising its internal production figures as it realizes that the Switch is a bona fide hit. That's good news for gamers, as it both increases the chances of finding a Switch and encourages game developers to throw their weight behind the system. With that said, Nintendo also risks a problem it hasn't had to deal with for years: long-lasting shortages for its main console. We can think of far worse problems to have, but Nintendo probably doesn't want to risk leaving money on the table (and disappointing fans) if at all possible.

In this article: applenews, av, console, gadgetry, gadgets, games, gaming, gear, handheld, nintendo, switch, videogames
All products recommended by Engadget are selected by our editorial team, independent of our parent company. Some of our stories include affiliate links. If you buy something through one of these links, we may earn an affiliate commission.