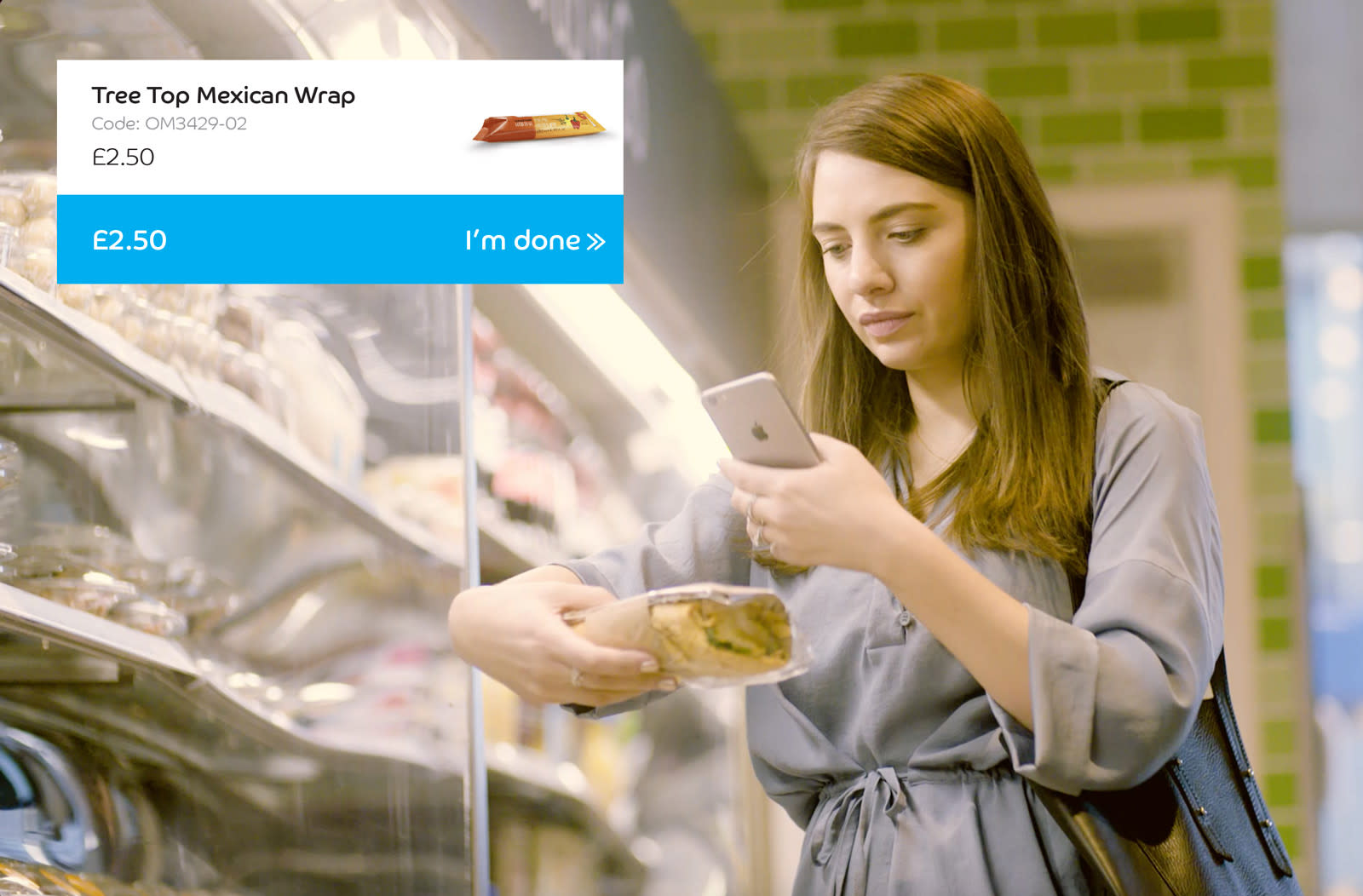 With nigh-immediate grocery deliveries becoming more and more accessible, there's less incentive to pop down to your local shop to pick up the essentials. But Barclaycard is working on a way to make the in-store experience more convenient by allowing customers to dodge the checkout queue and pay for their basket with their smartphone. The "Grab+Go" app basically turns your device's camera into a barcode reader. When you're done combing the isles and scanning your haul, you simply checkout inside the app and your purchases are charged to a linked card. It then generates a digital receipt that the merchant also has access to, in case they suspect your bag is hiding a few undocumented items.

The "pocket checkout" concept is currently being trialed in the staff canteen at Barclays' London HQ, with further testbeds in UK and US offices going live in the near future. A high-street partner is expected to have a Grab+Go pilot up and running within the next year, and Barclaycard says the functionality can be integrated into retailers' existing apps. The company doesn't think self-scanning an entire supermarket trolley-load is a particularly good use case for the technology, though. Instead, Barclaycard imagines it would work best in independent shops and smaller convenience stores -- the kind of places customers dive in to for just a few items.

Using smartphones to speed up the checkout process has fallen in and out of fashion over the years. Various stores and chains already offer apps that turn your phone into a barcode scanner, but typically they ask you to visit some form of register or another to pay for your purchases and complete your shop. Perhaps by supporting in-app checkout and with a name like Barclaycard behind it, Grab+Go might get the traction similar systems haven't.

After conquering the world of online retail, Amazon is also trying to reimagine the in-store experience. While its checkout-free Go shop in Seattle isn't quite ready for the masses, it takes self-scanning out of the equation altogether thanks to cameras and sensors that track you and what you're adding to your basket. And if recent trademark filings are anything to go by, it looks like Amazon is planning to expand the Go concept to the UK and Europe at some point in the future.

In this article: applenews, barclaycard, barclays, BarcodeScanner, business, gear, grabandgo, mobile, MobilePayments, services, shopping
All products recommended by Engadget are selected by our editorial team, independent of our parent company. Some of our stories include affiliate links. If you buy something through one of these links, we may earn an affiliate commission.