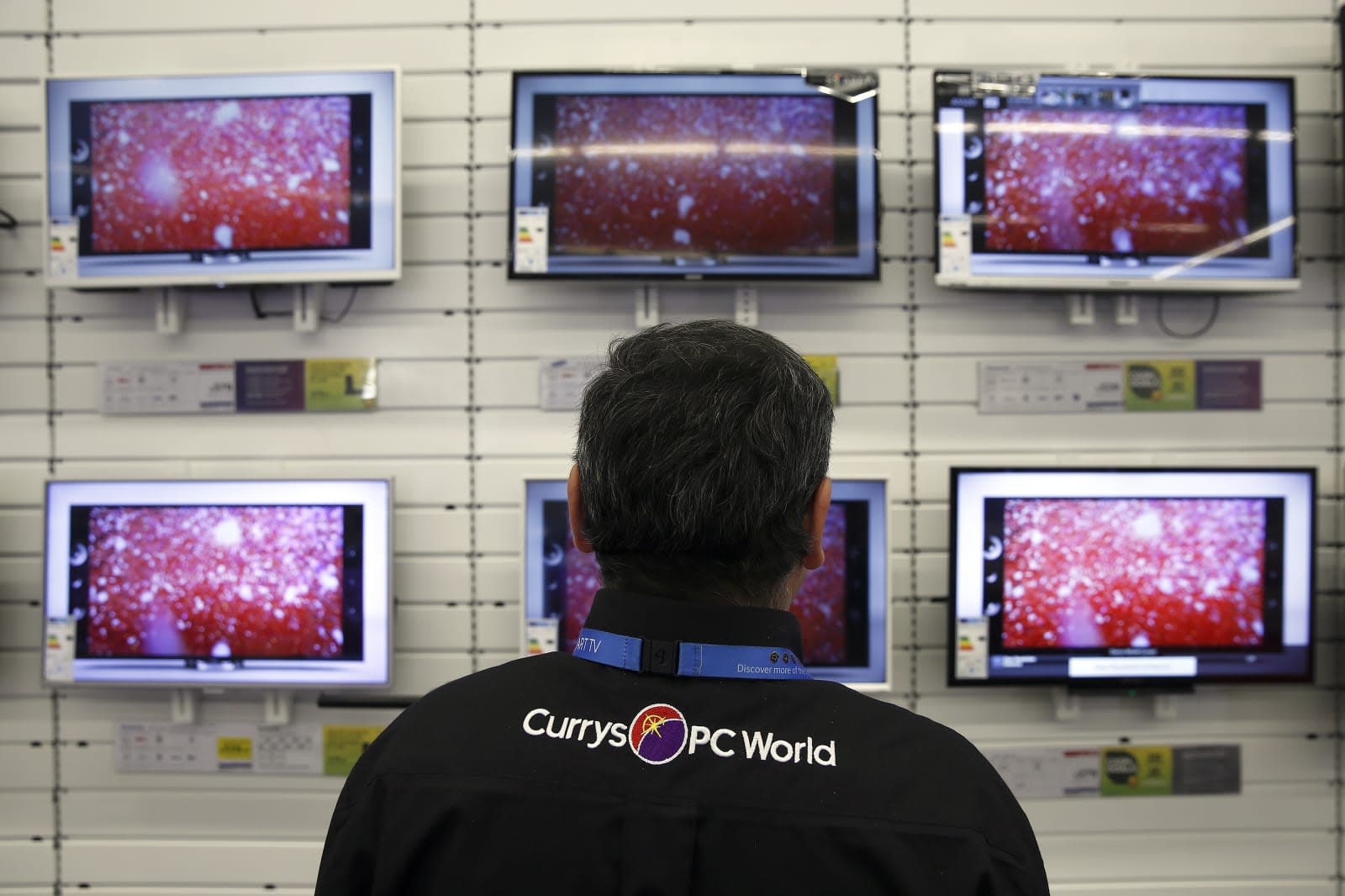 Tesco is already a solid if unspectacular seller of consumer tech, but a new partnership with Dixons Carphone looks set to take things up a notch. In an announcement today, the UK's biggest grocer confirmed it will open two Currys PC World outlets inside its stores, allowing shoppers to browse a selection of TVs, computers, white goods and accessories.

The first store will open next month in Tesco's Milton Keynes Extra store, with a second being opened in Northampton in late August. As well as a wider selection of products, Currys PC World will offer "laptop repairs, advice and comparison services" -- allowing customers to switch their broadband and energy supplier while they do their weekly shop.

For Tesco, the move will allow it to fill space in its bigger stores, which may help it avoid closures. However, it also suggests the supermarket giant is moving quickly to counter the threat of Sainsbury's, after it acquired Argos and began rapidly installing kiosks inside its supermarkets.

Retail Week reports that the two companies will assess the tech store-in-store concept for a year before making a decision on whether to roll it out nationwide. For now, anyone outside of Milton Keynes and Northampton will need to visit their local Currys PC World to research their next gadget purchase before checking out it on Amazon.

In this article: applenews, consumerelectronics, curryspcworld, dixonscarphone, gadgetry, gadgets, gear, stores, tesco
All products recommended by Engadget are selected by our editorial team, independent of our parent company. Some of our stories include affiliate links. If you buy something through one of these links, we may earn an affiliate commission.