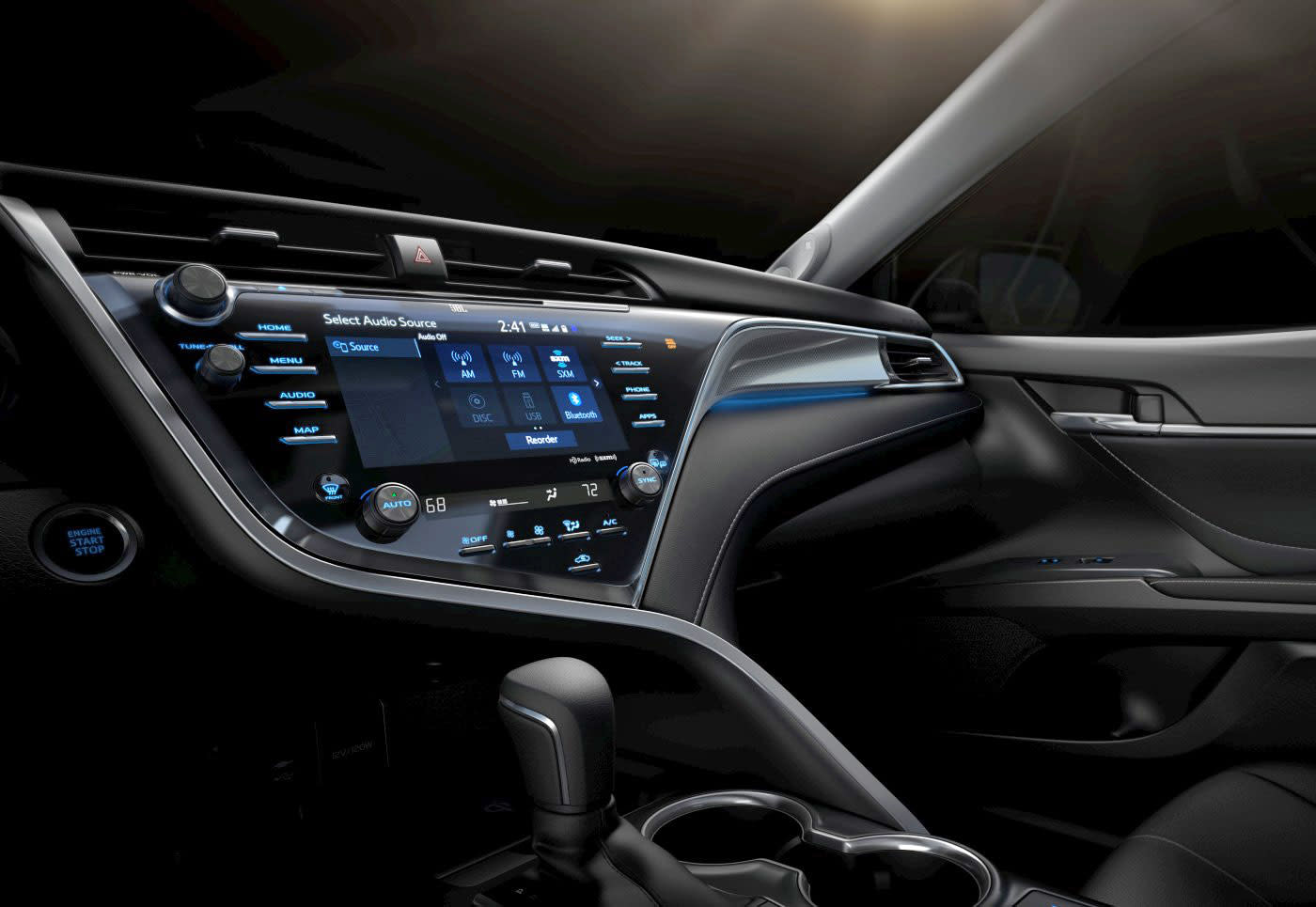 Toyota will be the first US automaker to use "Automotive Grade Linux (AGL)" for its 2018 Toyota Camry. In case you're understandably confused by all the competing infotaintment platforms, AGL is an open-source system based on, you guessed it, Linux. It boasts 200 members from various sectors including Toyota, Honda, Mercedes, Qualcomm, Intel and Samsung. The system is designed as an option to offerings from tech companies like Google and Apple, giving automakers a solid base that they can easily customize and update. The AGL platform gives drivers "greater connectivity and new functionalities at a pace that is more consistent with consumer technology," said Toyota VP Keiji Yamamoto in a press release. He's referring to the fact that automakers are notorious for using slow, outdated tech in their homegrown entertainment systems. As a result, consumers prefer higher-tech, more current gear like Android Auto and Apple's Carplay, which many car companies now offer either instead of (or on top of) their own systems.

Automakers aren't crazy about giving tech companies such a prominent place in their cars, but they also need to give drivers what actually want. That's where AGL comes in, returning control of the center console to automakers, while letting them easily update or modify the tech.

Toyota is still using Entune branding, with AGL 3.0 forming the base for its latest Entune 3.0 system in the Camry. AGL reportedly gave it reference apps including a media player and tuner, navigation app, wireless capabilities and vehicle controls. The automaker used those to make its custom Scout navigation app, but there's no word on others that will be available in the Camry. In theory, it can pick and choose which it includes -- for instance, it could easily offer sat-nav on some models but not others.

At the same time, Toyota will be able to offer Android Auto and Carplay if it chooses. The tech will eventually come to other Toyota vehicles, along with models from sister company Lexus. The system may appear in vehicles from Mazda, Mercedes and Ford, as Autoblog points out, so those and other AGL members will no doubt be watching the Camry release closely.

In this article: 2018, AGL, applenews, AutomotiveGradeLinux, Camry, gear, Infotainment, Linux, TL18TAIN, Toyota, transportation
All products recommended by Engadget are selected by our editorial team, independent of our parent company. Some of our stories include affiliate links. If you buy something through one of these links, we may earn an affiliate commission.