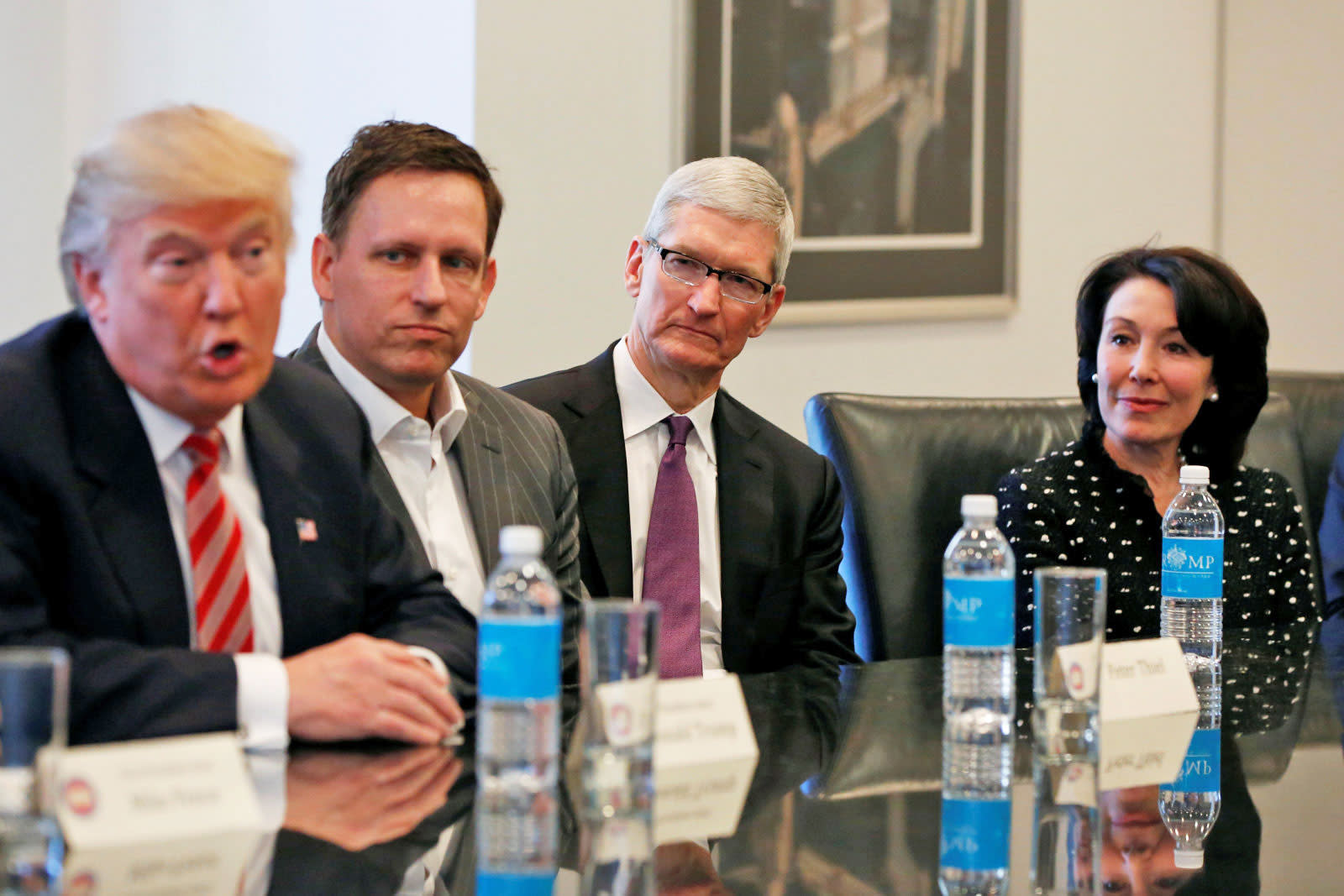 With President Donald Trump set to make a decision on the Paris climate change agreement today, Apple, Google, Facebook, Microsoft and 21 other companies published an open letter urging him to keep the US in the Paris Agreement for the good of the country's economy. The letter was released last month and posted as a full-page ad in the New York Times, Wall Street Journal and New York Post. "As some of the largest companies based or operating in the United States, we strongly urge you to keep the United States in the Paris Agreement on climate change," the letter reads. "Climate change presents both business risks and business opportunities. Continued U.S. participation in the agreement benefits U.S. businesses and the U.S. economy in many ways."

The letter goes on to outline the various economic factors at play in regard to the Paris Agreement and climate change, including the creation of more jobs and economic growth as well as reduced business risks. "As businesses concerned with the well-being of our customers, our investors, our communities, and our suppliers, we are strengthening our climate resilience, and we are investing in innovative technologies that can help achieve a clean energy transition," the letter says. "For this transition to succeed, however, governments must lead as well."

The Paris Agreement is an agreement that has been ratified by 143 countries and signifies the intent to limit the effects of climate change as much as is reasonably possible. The topline goal is to limit global temperature increase to less than 2 degrees Celsius, with a focus on keeping it to 1.5 degrees or less. The United States officially entered into the agreement in November of last year.

But Trump has made his feelings on climate change quite clear, and he has signaled his intention to withdraw from the Paris Agreement for some time now. The New York Times reported that Trump would hold a press conference in the Rose Garden today at 3PM ET to announce his decision regarding the Paris Agreement -- and while it sounds like the White House is in its usual chaotic state regarding exactly how this will all play out, there's a pretty good chance he will announce that the US will pull out of the agreement. The Times notes that Trump fears it'll harm the economy, hurt job creation in areas where many of his supporters live and damage his "American first" message. Given the success of the many companies who signed today's letter, there's clearly an economic argument to be had for staying in the Paris Agreement -- if Trump is willing to listen.

Correction: This article originally stated that the open letter was published on June 1st when it was published earlier in May. The story has been updated to reflect that fact. We apologize for the error.

In this article: apple, applenews, climatechange, donaldtrump, facebook, gear, google, hp, microsoft, parisagreement, politics
All products recommended by Engadget are selected by our editorial team, independent of our parent company. Some of our stories include affiliate links. If you buy something through one of these links, we may earn an affiliate commission.