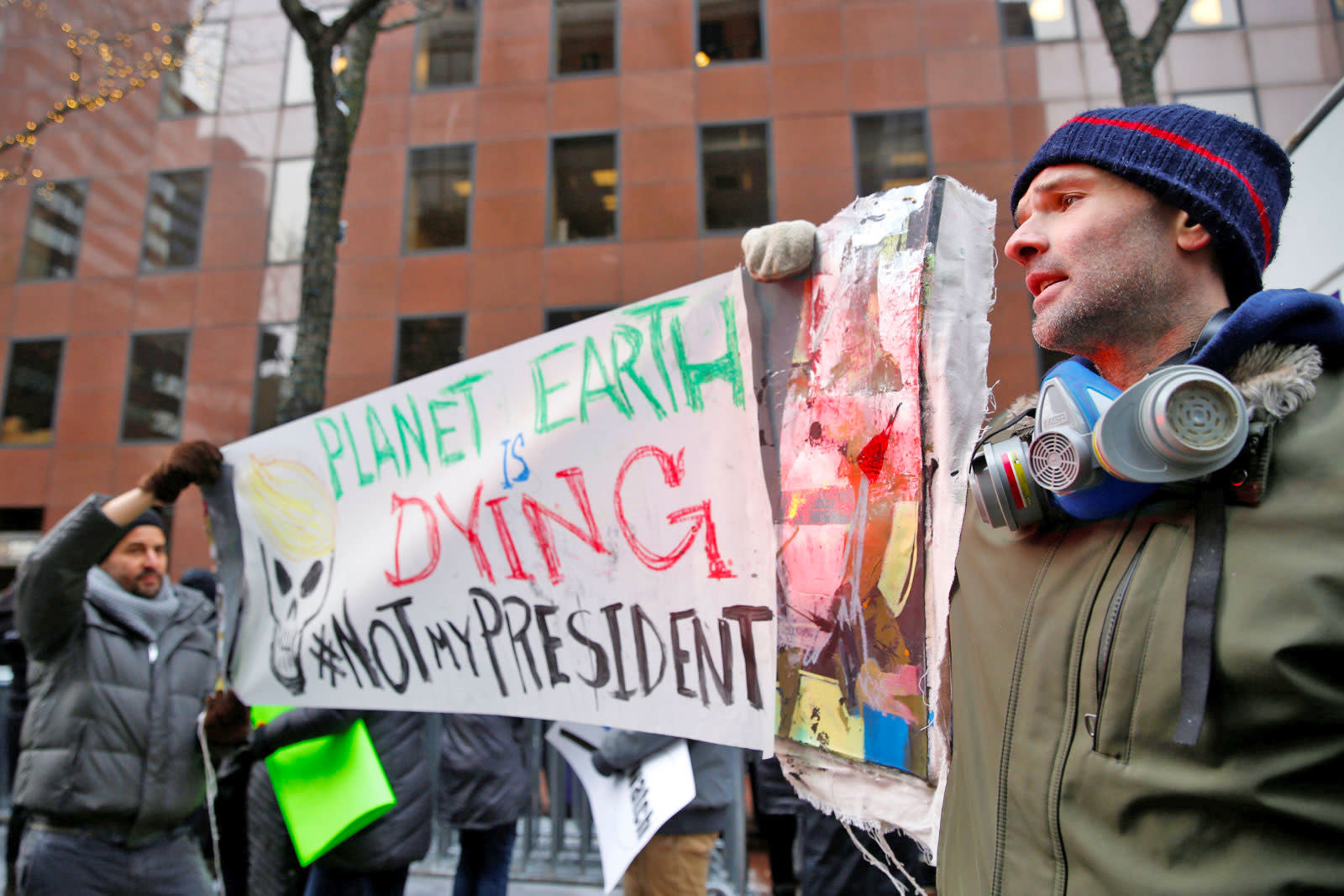 President Donald Trump's proposed 2018 budget beefs up the Defense Department while removing funds from the Environmental Protection Agency, Department of Energy, NASA and many other government agencies. Congress still has to pass the budget, but if it's approved it will shut down a handful of programs designed to research and combat climate change.

Despite overwhelming consensus in the scientific community, multiple members of the Trump administration have argued that climate change is not a man-made occurrence, including new EPA head Scott Pruitt. So, it's not surprising that Trump's proposed budget slashes climate change research programs and funding -- but it is concerning.

First up, the Environmental Protection Agency. The proposed budget begins to dismantle the EPA, cutting 31 percent of its funding, dropping from $8.2 billion to $5.7 billion. This is the largest proposed slash and it drops EPA funding to its lowest level in 40 years.

The budget eliminates 3,200 agency jobs and more than 50 programs, including international climate change initiatives and research programs, and grants that help states and cities fight pollution. It also cuts off funding for the Clean Power Plan, which attempts to curtail carbon dioxide emissions in the interest of slowing global warming.

"The budget for EPA reflects the success of environmental protection efforts, a focus on core legal requirements, the important role of the States in implementing the Nation's environmental laws, and the President's priority to ease the burden of unnecessary Federal regulations that impose significant costs for workers and consumers without justifiable environmental benefits," the budget reads.

Next up, the Department of Energy. The proposed budget cuts $1.7 billion from the DOE, an annual decrease of about 6 percent. This leaves the agency with $28 billion, much of which Trump wants to funnel into managing the United States' nuclear stockpile. The budget for the National Nuclear Security Administration would grow 11.3 percent while the remaining DOE programs would be cut by 17.9 percent.

Trump's proposed budget says it "fulfills the President's pledge to cease payments to the United Nations' climate change programs by eliminating US funding related to the Green Climate Fund and its two precursor Climate Investment Funds."

Finally, there's NASA. The agency would see a small cut of about 1 percent, leaving $19.1 billion in the bank. However, this a precise slash -- it cuts $102 million from the Earth science budget and eliminates four programs designed to help scientists better understand climate change. One of these programs, PACE, monitors ways the oceans and atmosphere respond to climate change, while another, OCO-3, measures the distribution of carbon dioxide on the planet. Plus, NASA's Office of Education is dismantled for a savings of $115 million.

In a statement, acting NASA administrator Robert Lightfoot writes, "While this budget no longer funds a formal Office of Education, NASA will continue to inspire the next generation through our missions and channel education efforts in a more focused way through the robust portfolio of our Science Mission Directorate. We will also continue to use every opportunity to support the next generation through engagement in our missions and the many ways that our work encourages the public to discover more."

Lightfoot also addresses the fact that the budget would cancel funding for the Asteroid Redirect Mission.

"We remain committed to the next human missions to deep space, but we will not pursue the Asteroid Redirect Mission (ARM) with this budget," he says. "This doesn't mean, however, that the hard work of the teams already working on ARM will be lost. We will continue the solar electric propulsion efforts benefitting from those developments for future in space transportation initiatives."

The proposal says the changes to NASA's budget would "[focus] the Nation's efforts on deep space exploration rather than Earth-centric research." This might indeed come in handy once global warming cooks our entire planet and humans are forced to find a new place to live.

In this article: 2018budget, asteroidredirectmission, budget, CarbonDioxide, CleanEnergy, ClimateChange, DepartmentOfEnergy, DonaldTrump, energy, epa, GlobalWarming, green, nasa, politics, science
All products recommended by Engadget are selected by our editorial team, independent of our parent company. Some of our stories include affiliate links. If you buy something through one of these links, we may earn an affiliate commission.