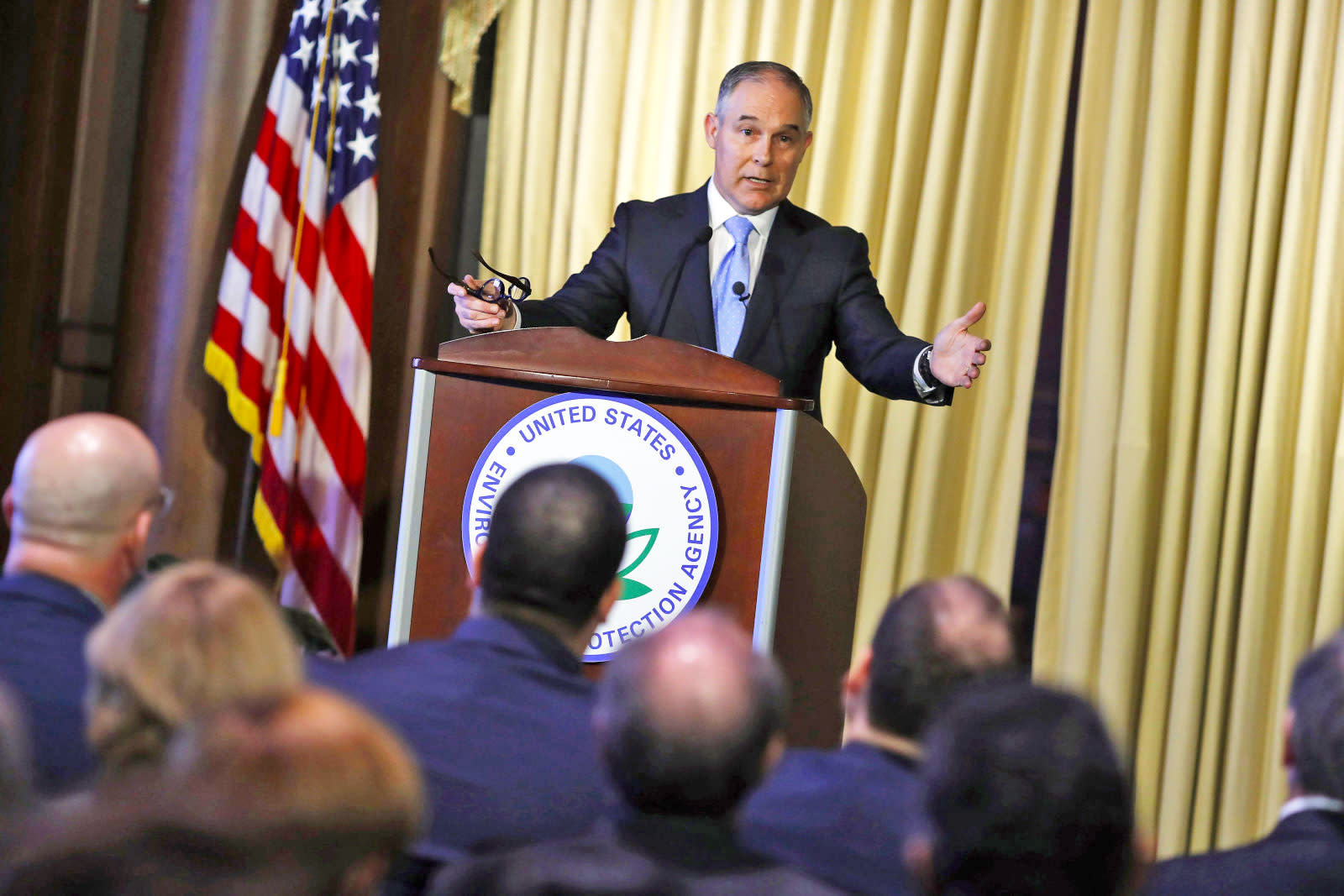 If you want a good example of why American environmental scientists are in such a state of despair these days, you just got it. When asked by CNBC whether or not he thought carbon dioxide was the "primary control knob" for global warming, new EPA chief Scott Pruitt suggested that it wasn't a "primary contributor." The answer is a bit fuzzy (it's merged with a broader attempt to cast doubt on the human role in climate change), but it's still far from flattering -- either he's trying to downplay basic climate science for the sake of his fossil fuel industry friends, or he genuinely doesn't know how it works.

To put it simply: CO2 is at the very heart of climate change, whether or not you believe the scientific consensus that humans make a significant contribution to that change. It's the most common greenhouse gas after water vapor, and it has a clear effect on planetary temperatures by trapping heat. Venus likely became a hellscape because of CO2, and the chemical may well have contributed to mass extinction events in Earth's past. If CO2 levels spike, whether it's due to coal power plants or volcanoes, the planet gets warmer.

Regardless of the motivations, the remarks don't bode well for attempts to curb CO2 emissions. If the head of the country's environmental regulator doesn't think of excessive CO2 as a serious problem, he's not going to embrace policies that deal with it, is he? You could see a statement like this coming from a mile away given Pruitt's past and proposals that would gut the EPA, but that's not much comfort to anyone hoping that the current US administration would have even a remote interest in taking climate science seriously.

In this article: carbondioxide, climatechange, co2, culture, emissions, epa, globalwarning, government, politics, science, scottpruitt, TL18CO2, tomorrow, video
All products recommended by Engadget are selected by our editorial team, independent of our parent company. Some of our stories include affiliate links. If you buy something through one of these links, we may earn an affiliate commission.