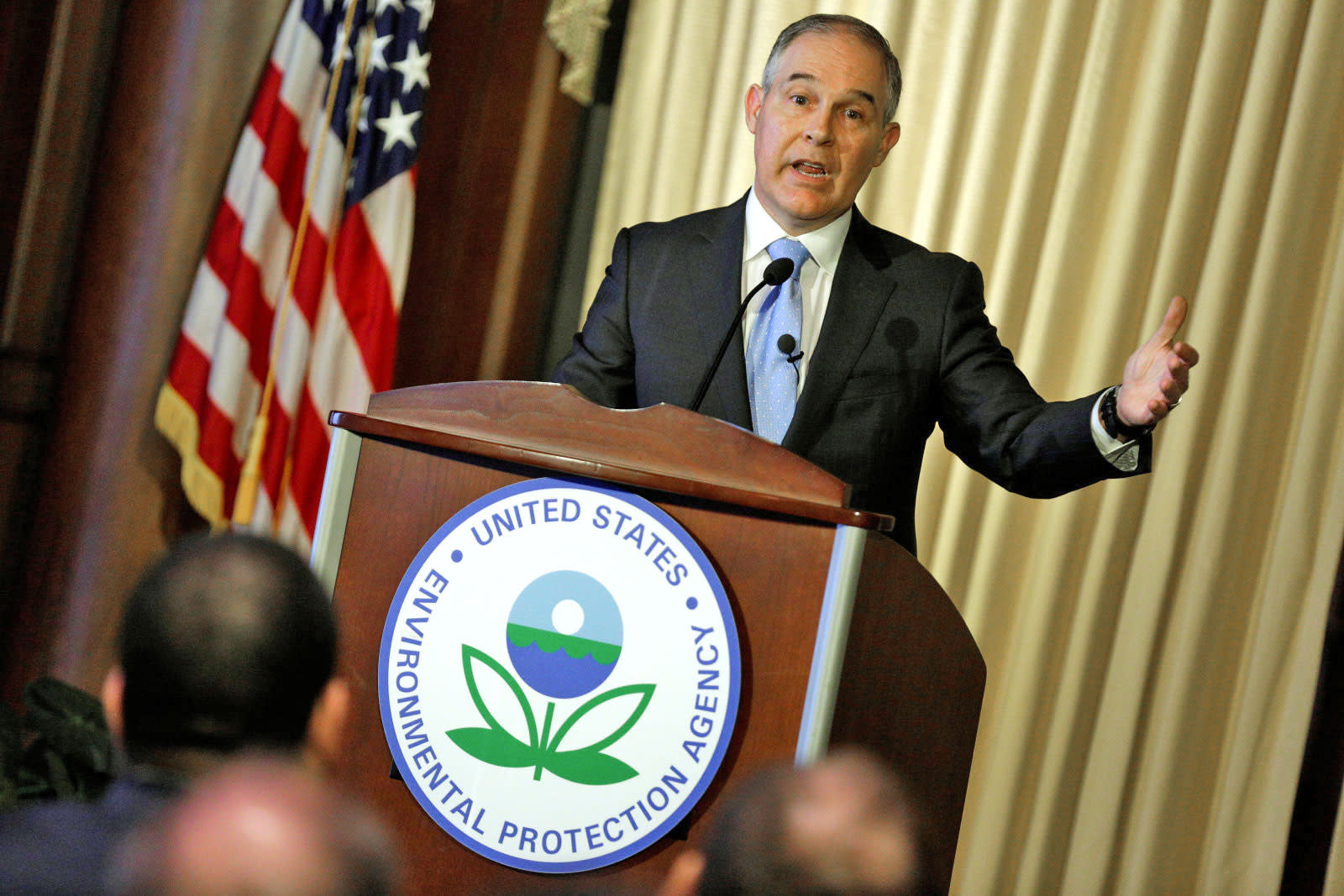 Ever since the election, we've been wondering what the new presidential administration has in store for environmental programs, and the proposed new EPA budget may provide answers. First, the Washington Post reported the proposal would cut EPA staff by one fifth in the first year and eliminate dozens of programs.

Then Reuters provided more detail, reporting from sources that the proposed 2018 budget represents a 25 percent cut in funding, while The Oregonian points to the National Association of Clean Air Agencies, which has published even more specifics.

As the Trump administration seeks to fund increased spending on the military, money has to be cut from somewhere, and programs on the chopping block include things like the climate protection program focused on lowering emissions of greenhouse gases. Its budget would drop by 70 percent, from $95 million to $29 million. The $300 million budgeted towards fighting algae blooms, invasive species and other pollution in the Great Lakes would be cut to $10 million. Grants intended to help native tribes fight pollution would be cut by 30 percent to $45.8 million.

The Oregonian's table clearly organizes what could be cut where for 42 programs mentioned in the proposal. At the same time this outline was provided to the EPA, its new head Scott Pruitt was telling US mayors that "the brownfields program, the Superfund program and the water infrastructure grants and state revolving funds are essential to protect." Any cuts implemented would need to be approved by Congress, which Reuters notes could be difficult for programs like one dedicated to cutting diesel emissions.

According to the Post, EPA staffers were asked for a reaction to the proposed staffing cuts by the close of business Wednesday, while the U.S. Office of Management and Budget has a meeting scheduled for April 15th to discuss the workforce reduction.

In this article: budget, culture, cuts, DonaldTrump, EPA, GreatLakes, green, greenhousegases, politics
All products recommended by Engadget are selected by our editorial team, independent of our parent company. Some of our stories include affiliate links. If you buy something through one of these links, we may earn an affiliate commission.