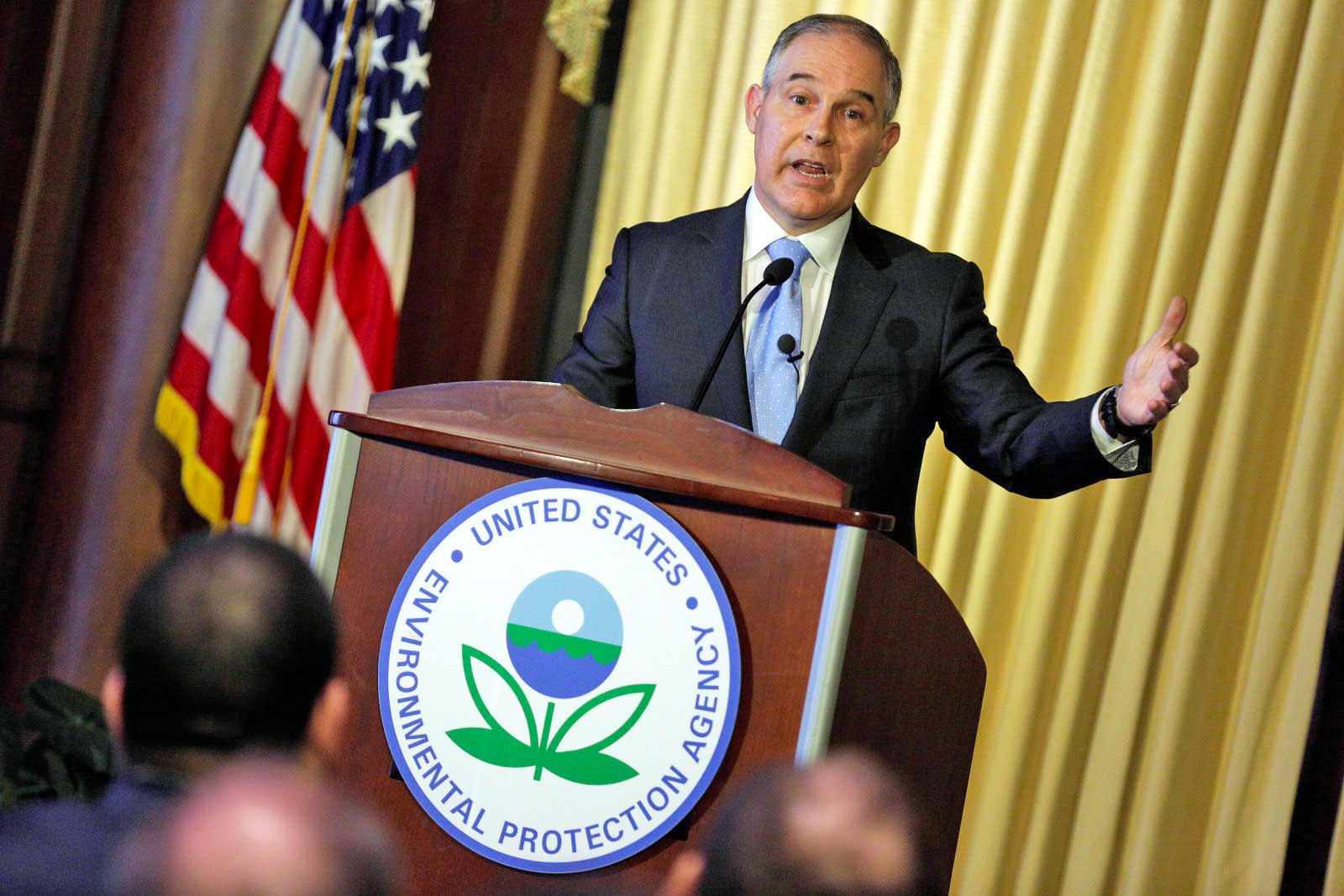 There's no question that new Environmental Protection Agency leader Scott Pruitt has a conflict of interest when he previously declared himself the agency's number one enemy. However, it's now clearer just why he so fervently opposes eco-friendly regulation. The Center for Media and Democracy has used a court order to obtain emails from Pruitt's time as Oklahoma's attorney general, and they reveal an uncomfortably close relationship with the fossil fuel industry he's now supposed to regulate.

Pruitt was particularly tight with Devon Energy, an oil and gas company operating from Oklahoma City. The emails show his office coordinating many meetings, dinners and speaking engagements with the company. In one instance, Pruitt met with both a coal industry lawyer and the conservative Federalist Society think tank to develop a "clearinghouse" that would fight federal regulation. In another, the American Fuel & Petrochemical Manufacturers lobbyist group coordinated with Pruitt when opposing the feds' Renewable Fuel Standard Program (which requires that transportation fuel include some renewables) and ozone limits. These pro-fossil fuel groups even fed Pruitt language for letters and petitions, showing that they were effectively dictating some of his environmental policy.

The disclosures are coming too late to make much of a difference, assuming they'd have made any difference at all. Senate Republicans successfully thwarted a Democrat attempt to delay Pruitt's confirmation vote to look at these sorts of conversations with the fossil fuel business. And of course, the current White House has made a point of choosing leaders who have both close industry connections and an anti-regulatory bent. However, the emails at least give you a hint of what to expect from Pruitt's tenure -- don't expect him to hold companies' feet to the fire on issues like pollution.

In this article: coal, ConflictOfInterest, culture, devonenergy, environment, epa, fossilfuels, gas, government, green, oil, regulation, regulatorycapture, science, scottpruitt, TL17CLMCHG
All products recommended by Engadget are selected by our editorial team, independent of our parent company. Some of our stories include affiliate links. If you buy something through one of these links, we may earn an affiliate commission.