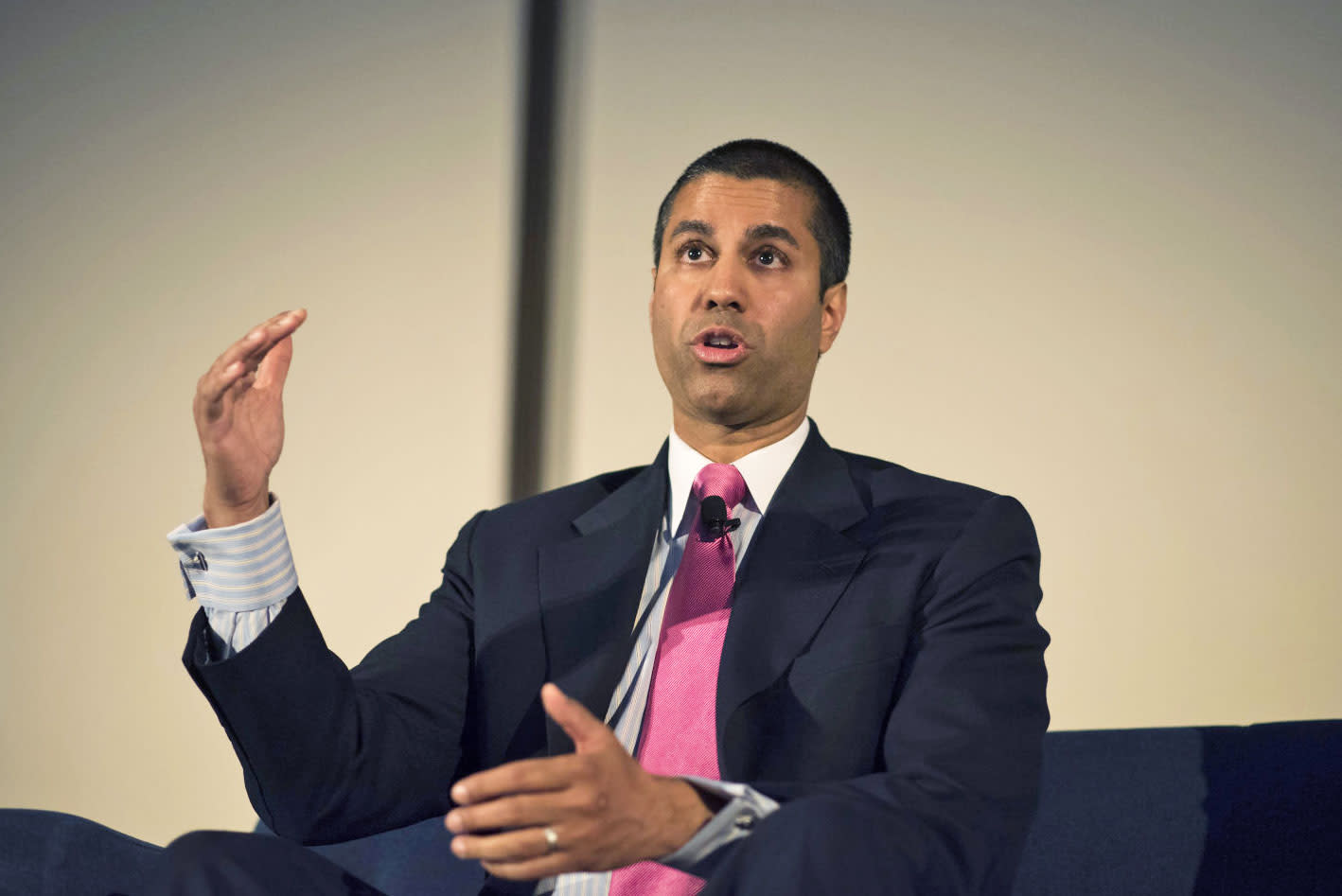 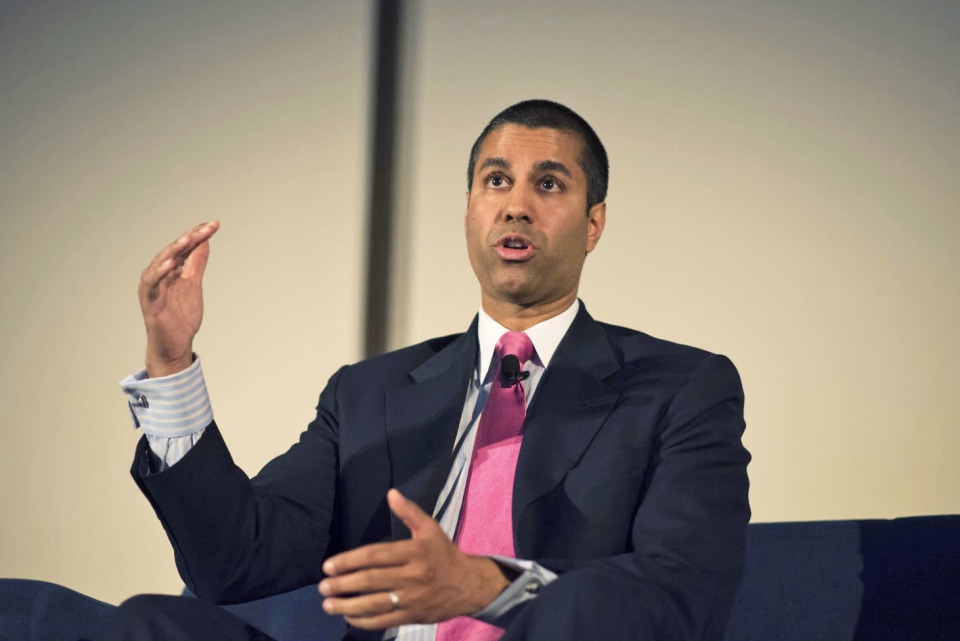 The newly minted head of the FCC has only been in the job for a few weeks but has already begun to make changes. Ajit Pai is a vocal opponent of net neutrality, promising to "fire up the weed whacker" against his agency shortly before assuming leadership. The official has also been quick to launch a campaign to roll back many of the consumer protections that the FCC was instrumental in creating.

Pai, a former Verizon lawyer, was confirmed as the 34th FCC chairman on January 23rd to the delight of the telecommunications industry. Special interests expressed their approval via third-party proxies operating under the pretense of consumer advocacy. The Taxpayers Protection Alliance, for instance, said that it was excited to watch Pai "begin to undo the damage from ex-Chairman Wheeler's tenure."

Just five days into his tenure, one of Pai's first moves was to suppress the FCC's project to reform the set-top box market. The plan, dubbed AllVid, would have required cable companies to offer apps for third-party smart TV devices. That way, you'd be freed from the requirement to rent a cable box from your provider and use your Roku, Chromecast, Apple or Fire TV instead.

AllVid isn't dead, per se, despite pressure from Republican lawmakers like Greg Walden, congressman from Oregon, and Marsha Blackburn, congresswoman from Tennessee. As Ars Technica explains, the project has simply been removed from the FCC's list of items in circulation, placing it in limbo. Should Pai want to, he is technically able to present a revised plan, although it's unlikely that he will.

Pai has also begun the process of undermining the principles of net neutrality by expanding the Title II order's small business exemption. On January 27th, he widened the rules exempting small businesses from the Title II reporting requirements. Now, these outfits will not have to comply with regulations for an additional five years.

The FCC under Tom Wheeler struggled to protect municipal broadband initiatives across the country, thanks to onerous local laws. Pai isn't interested in enabling cities or states to push their own offerings, preferring to back the private sector. The new chief has allocated $170 million in federal funding to cable companies to build out broadband infrastructure in New York State.

Pai also began working on a series of reforms to make the FCC much more transparent in its decision-making. The commission has begun a pilot program whereby the documents relating to its open meetings will be available online up to three weeks ahead of time. The intention, according to Pai, is to show the public how the commission operates and increase its engagement.

But just three days later, the FCC revealed that it would no longer brief the media about its plans as it had under Chairman Wheeler. Back then, the commission would offer details of its upcoming proposals to the press before showing them to commissioners. Pai described this as "inappropriate and disrespectful of other commissioners" and will end the practice.

At the end of 2016, the FCC went in hard against AT&T and Verizon, accusing both of violating the spirit, if not the law, of net neutrality. The former, via DirecTV Now, and the latter, with Go90, are both "zero rated" services, which do not count against your mobile data cap. After all, the point of net neutrality is to ensure that all data is treated equally -- the cornerstone of ensuring the internet remains a free and open market.

Pai disagrees and, as part of a "Friday-night news dump," intended to bury bad news, cancelled the FCC's investigation into zero rating. In a statement, Pai claimed that free data plans are "popular with consumers" and have "enhanced competition in the wireless marketplace." He added that the FCC would "not focus on denying Americans free data," but instead "concentrate on expanding broadband deployment."

Speaking of which, another issue where Pai is taking a different tack than his predecessor is with the Lifeline program, which helps get America's poorest online. Shortly before leaving office, former Chairman Wheeler approved nine companies to join the 900 or so that offer broadband to poor homes. Pai, however, revoked the licenses, including that of a company offering educational broadband to children in 41 states.

The Washington Post pointed out that Pai committed to closing the digital divide during his tenure running the FCC. But limiting the ability for the poorest people in the country from getting online seems to contradict his stated goal. Pai himself disputed this in a blog post defending the decision, saying that a delay in granting the licenses is necessary to prevent fraud.

Pai's FCC is also retreating from other spheres where it had previously been responsible for protecting consumers. Under Wheeler, the agency had placed caps on telephone rates from prisons, which the agency described as "excessive" and "egregious." Despite evidence that keeping contact with family reduces recidivism, inmates were charged up to $14 per minute. The new regime has decided to stop defending the decision in federal appeals court, which is likely to lead to the caps being lifted.

In just two weeks, then, Ajit Pai is already remaking the FCC in his own image and taking great strides to undo the policies of the Obama administration.

In this article: AjitPai, culture, FCC, internet, politics
All products recommended by Engadget are selected by our editorial team, independent of our parent company. Some of our stories include affiliate links. If you buy something through one of these links, we may earn an affiliate commission.