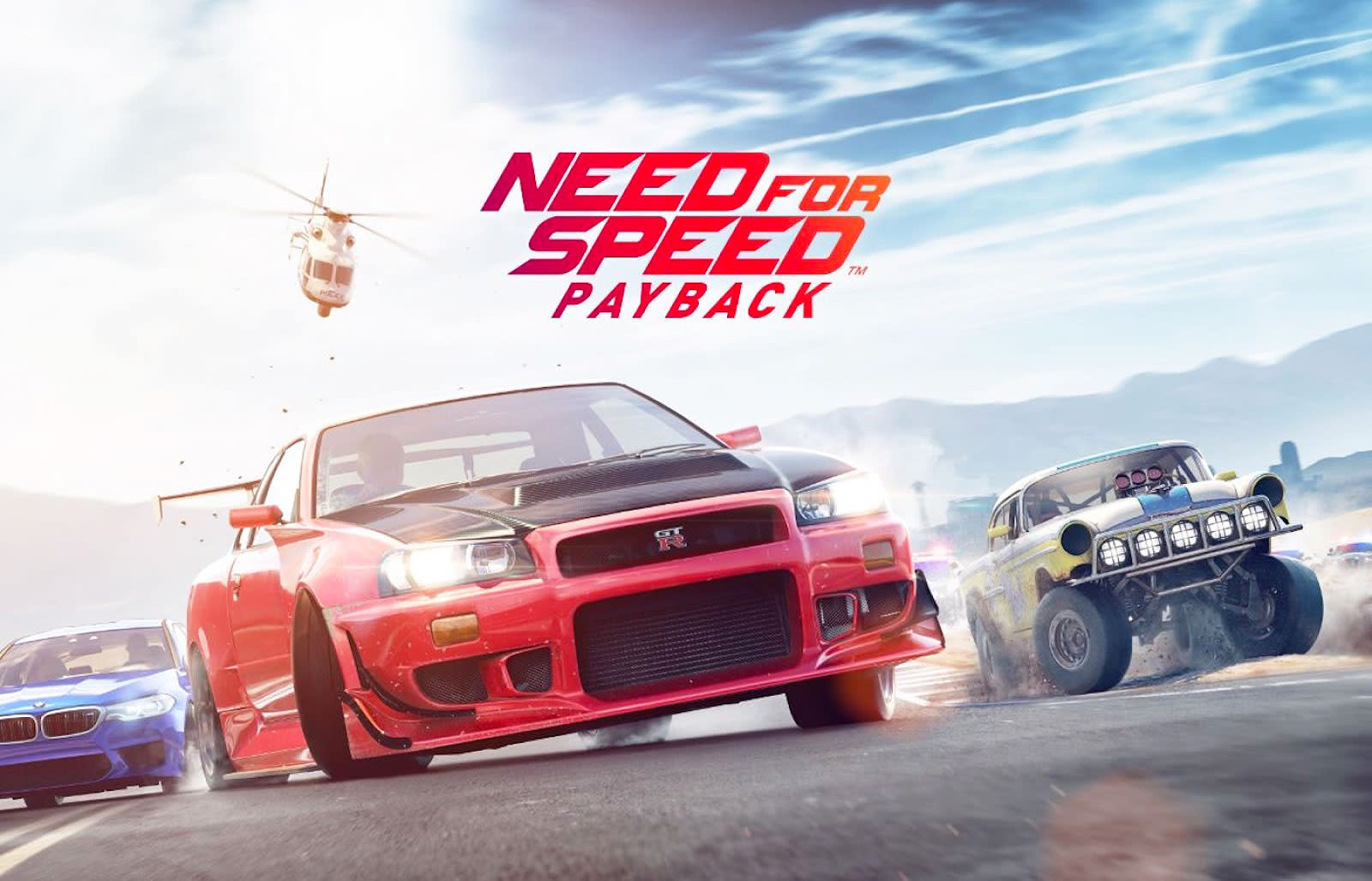 On paper, Need for Speed Payback sounds a lot like Grand Theft Auto V crossed with a modern Fast and the Furious movie. Tale of revenge? Check. Three distinct protagonists with differing skillsets? Check. Heist missions? You see where we're going with this. There aren't a ton of other details to go on, but Electronic Arts says that the arcade racer will once again be open world and will feature "jaw-dropping set pieces." Like a submarine surfacing in an ice floe? The big difference with Payback, though, is that it doesn't sound like taking anything other than first place will impede your progress through the narrative. "With Need for Speed Payback, it's no longer just about being the first to cross the finish line or racing to prove to be the best, it's about building the perfect ride, getting behind the wheel and playing out an action driving fantasy," according to a press release.

While the latter three details there have been kind of standard for the series for an awfully long time, the notion of coming in second place and still advancing through the story is somewhat unique. 2015's Need for Speed flirted with something like this, but ultimately in order to progress you needed to take the gold to keep pushing the game forward. That doesn't mean there won't be a focus on winning. In fact, you'll be able to bet on your own performance in a given race, potentially multiplying your winnings from a given event.

As you can see from the box art, the other difference between this and 2015's game is that you can race around during the daytime as well. While the sounds minor, it's a pretty big deal and may help the races from feeling repetitive. Oh, and of course series hallmarks like cop chases and car customization will return, too. The game will be released November 10th on PC, PlayStation 4 and Xbox One, but if you want an early peek ahead of E3 next week, that's what the trailer below is for.

In this article: applenews, av, e32017, eaorigin, frostbite, gaming, ghostgames, needforspeed, needforspeedpayback, openworld, origin, pc, playstation, playstation4, ps4, xbox, xboxone
All products recommended by Engadget are selected by our editorial team, independent of our parent company. Some of our stories include affiliate links. If you buy something through one of these links, we may earn an affiliate commission.