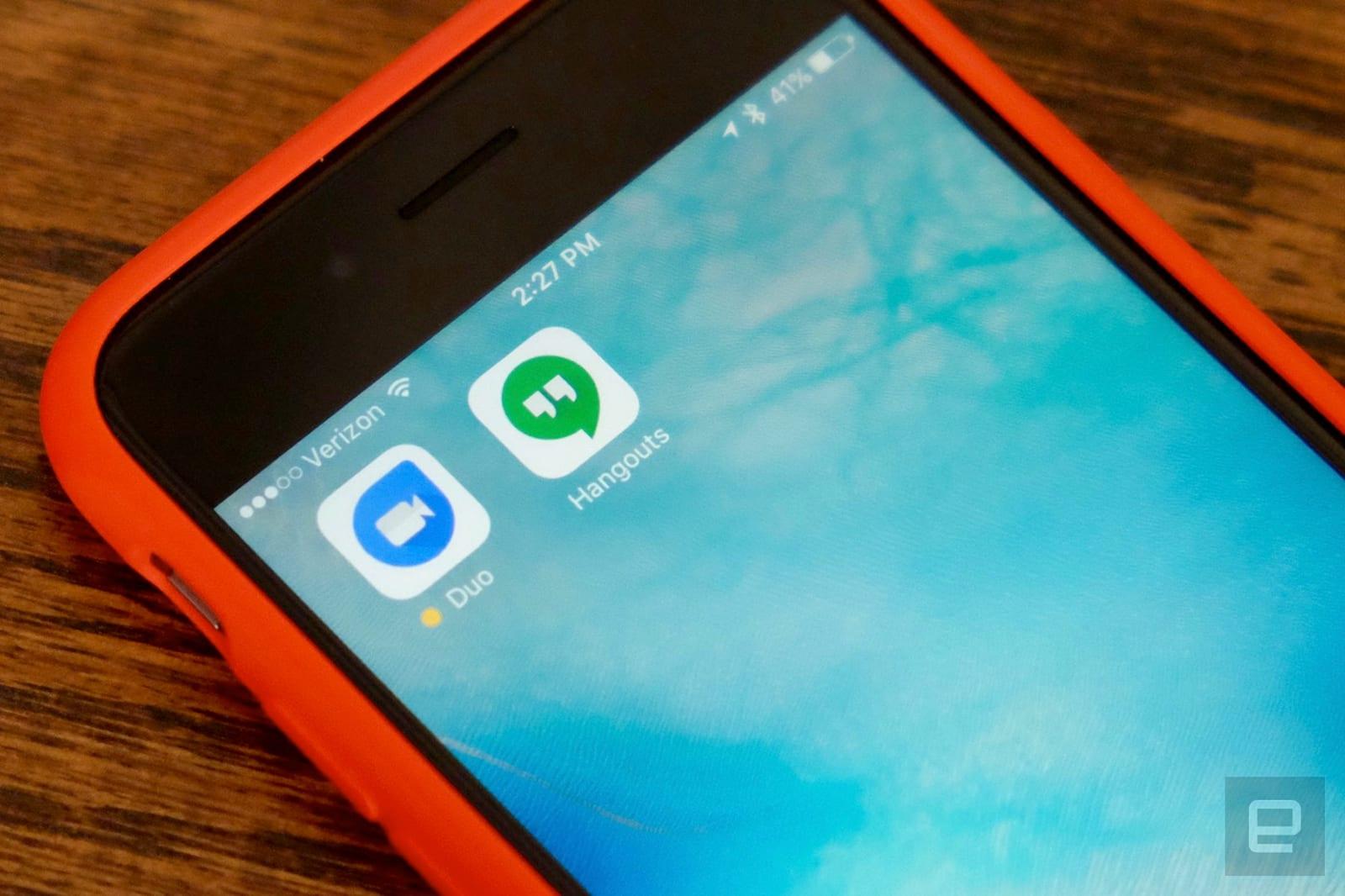 It took a while, but Google Hangouts has finally followed in Facebook Messenger's footsteps and started taking advantage of iOS 10's Callkit. That means calls you receive on Hangouts will appear as regular voice calls on your iPhones' lock screen -- but only if you want them to. Callkit gives VoIP services the ability to use Apple's stock Phone app, so you can ring people through Hangouts from within the stock app itself. If you're the recipient, the only indication that it's a VoIP call is a small mark underneath the contact's name telling you that it's using Hangouts audio. That way, you won't wander to an area without coverage by mistake while talking on the phone.

You don't have to tolerate the new feature if you'd rather have VoIP calls that look distinct from ones made through mobile networks, though. In fact, you have to manually activate it by going into Settings inside the Hangouts app. Just toggle "Answer on lock screen" to activate it... or to switch it off if you change your mind.

In this article: apple, applenews, callkit, gear, google, hangouts, ios, iphone, mobile
All products recommended by Engadget are selected by our editorial team, independent of our parent company. Some of our stories include affiliate links. If you buy something through one of these links, we may earn an affiliate commission.