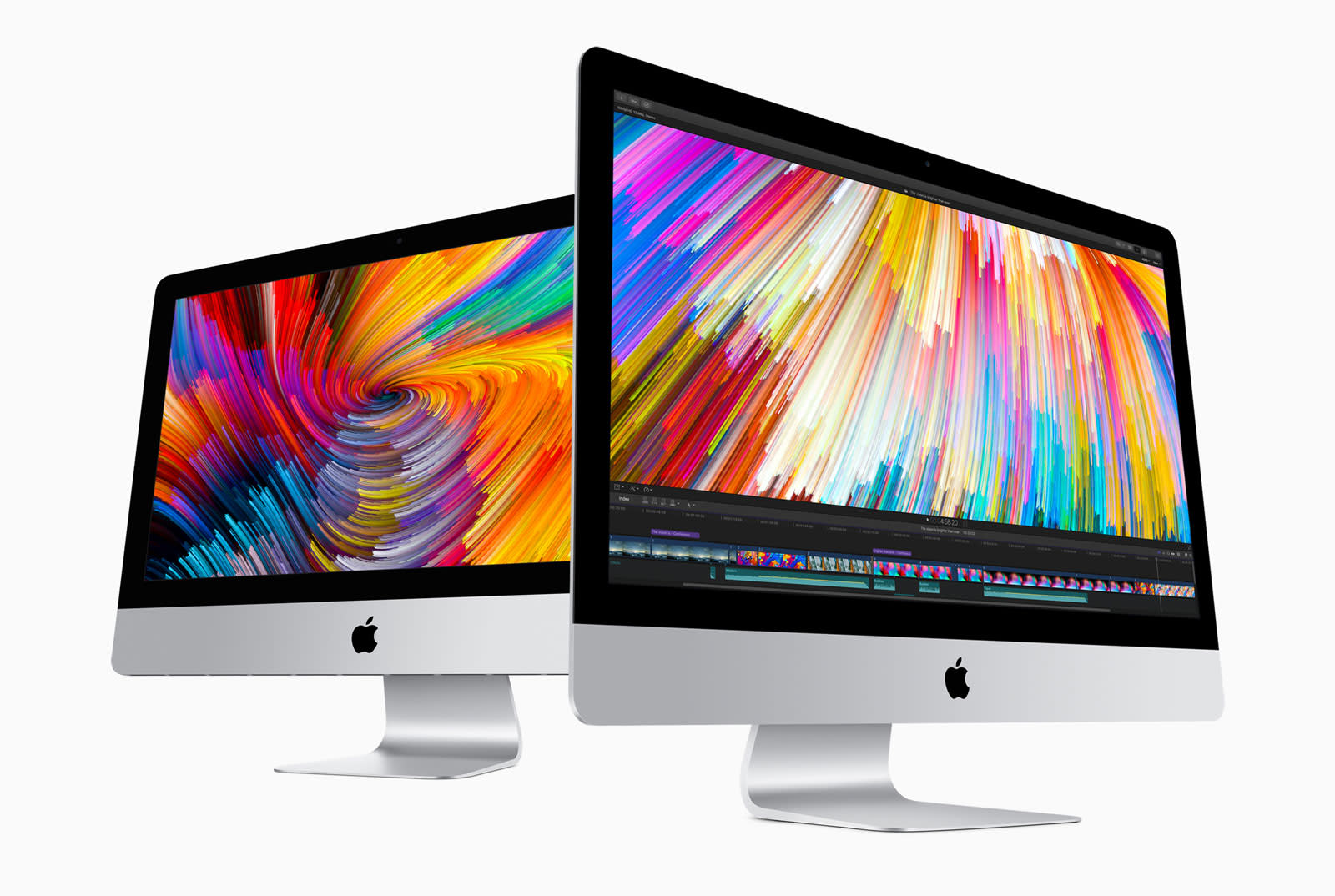 A refreshed line of iMacs -- and the possible introduction of an iMac Pro -- were some of the most teased announcements prior to WWDC. Earlier this year, Phil Schiller, Apple's SVP of Worldwide Marketing, promised that the company would produce iMacs specifically for the professional customer. The new iMacs Apple announced today at WWDC aren't quite that, but they do represent a significant upgrade over the older models.

Overall, we're looking at faster machines with better displays in the same enclosure. Those screens feature 500 nits (43 percent brighter than the previous generation) with 1 billion colors. Discrete graphics are now standard on the 4K 21.5-inch. The line is also going to use Intel's Kaby Lake processors and now allow up to 32GB of RAM on the 21.5-inch and up to 64GB on the 27-inch.

The iMacs also have Thunderbolt 3, like last year's MacBook Pro. Fusion drives will be standard on all 27-inch models; unfortunately you'll need to shell out for the higher-end 21.5-inch iMac to get that by default. They also get the following: Iris Plus 640 on the 21.5-inch and Radeon Pro 555 and 560 on the 4K 21.5-inch. The 27-inch iMac gets Radeon Pro 570, 575 and 580 GPUs. These new iMac specs will definitely work for pros, but Apple also announced the iMac Pro, so we'll have to see how they're different from one another.

Apple also cut prices a bit: The standard iMac now starts at $1,099, but that only gets you integrated graphics and a relatively low-resolution screen. The 4K 21-inch now starts at $1,299, while an upgraded version with a Fusion Drive, faster processor and more-powerful graphics card starts at $1,499.

The iMac line was last updated in Oct. 2015 and included 4K and 5K displays and a redesigned mouse, keyboard and trackpad. Given the lack of an update to iMacs in 2016, some speculated that Apple was neglecting its desktops, but today's announcements should help put that grumbling to rest.

In this article: apple, applenews, gear, imac, personal computing, personalcomputing, wwdc2017
All products recommended by Engadget are selected by our editorial team, independent of our parent company. Some of our stories include affiliate links. If you buy something through one of these links, we may earn an affiliate commission.