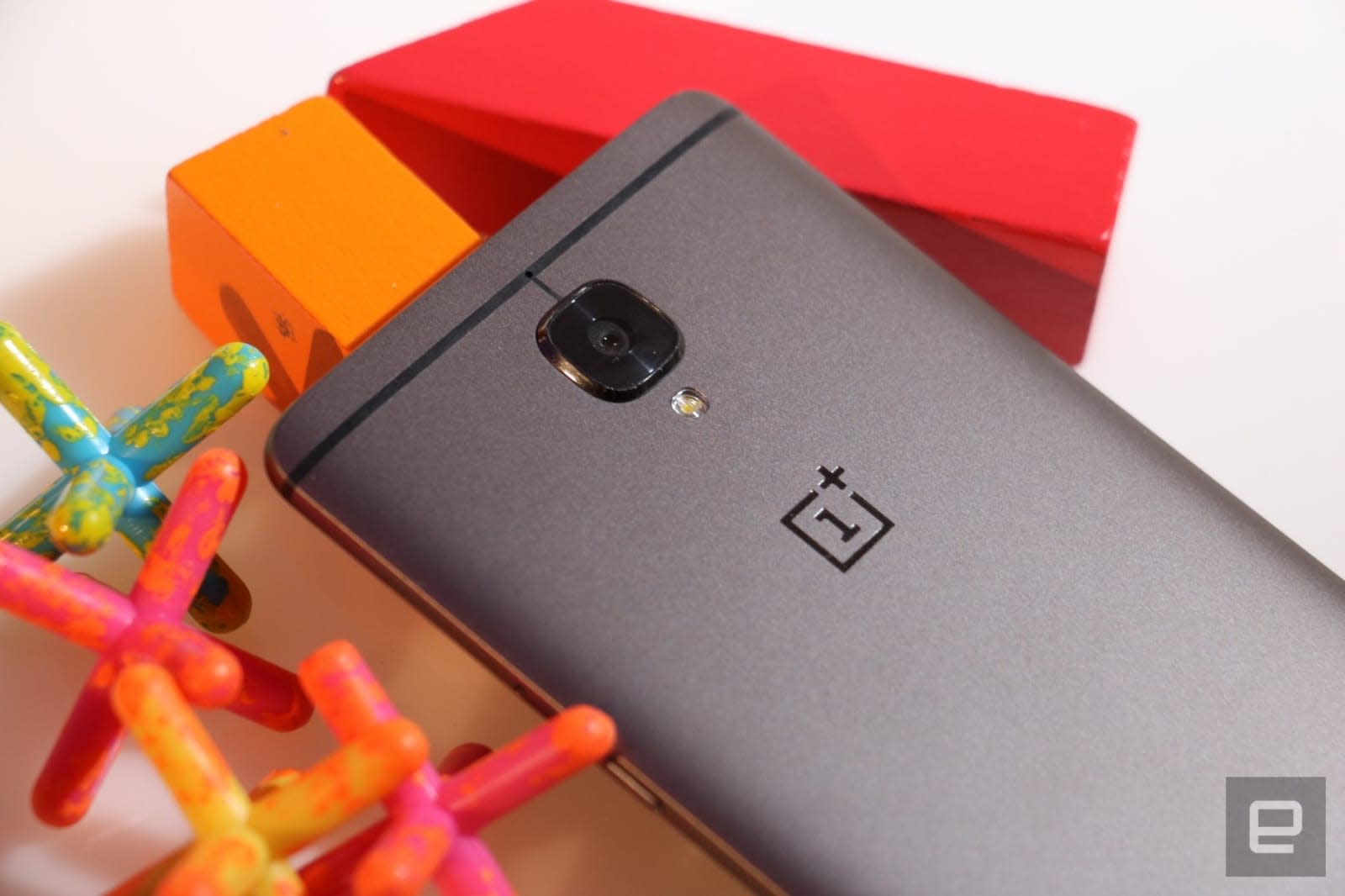 After a steady stream of teasers, OnePlus is finally ready to put its money where its mouth is: the smartphone maker is holding a launch event for the OnePlus 5 on June 20th at 12PM Eastern. It's not saying more about the phone alongside the news, but the "focus on what matters" tagline is a not-so-subtle allusion to the 5's DxO-backed camera. As it is, both official tidbits and leaks already give an idea as to what to expect -- this should be another flagship-class device that (hopefully) undercuts rivals on price.

On the record, OnePlus has acknowledged that the 5 will include a Snapdragon 835 like the Galaxy S8 and many other high-end Android phones circa 2017. It'll keep the fingerprint reader on the front, too. Other details are less certain, but an Android Authority prototype leak hints at OnePlus joining the dual camera craze. You can also expect gobs of RAM (the OnePlus 3T already has 6GB), a hefty battery (reportedly 3,600mAh) and an improvement on the company's signature Dash Charging.

The one gray area is price. AA has heard that the price will be higher than the $439 you pay for a 3T today, but it's not clear what kind of price hike you could expect, if any. There could be just a modest bump, but it also wouldn't be shocking if OnePlus has to veer closer to the $650 or higher pricing you tend to see for top-tier phones. Its prices have been creeping upward over the years, and taking on the biggest names in the business requires some expensive hardware.

Are you prepared for the OnePlus 5? Focus on what matters and join our keynote live on June 20. https://t.co/uuWc1m3pz1 pic.twitter.com/KfbVfMyh00

In this article: android, applenews, dxo, gear, mobile, oneplus, oneplus5, smartphone
All products recommended by Engadget are selected by our editorial team, independent of our parent company. Some of our stories include affiliate links. If you buy something through one of these links, we may earn an affiliate commission.