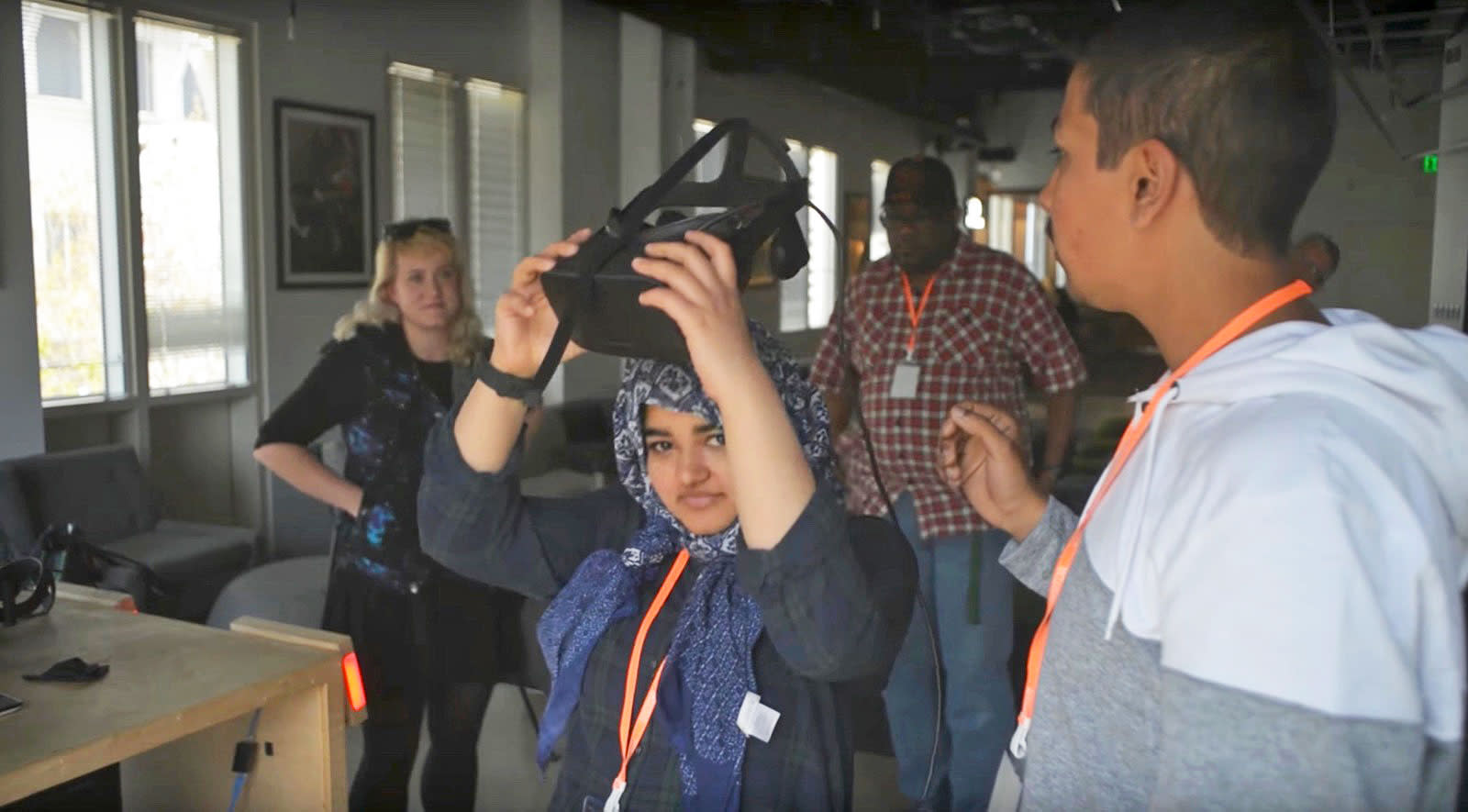 Public libraries aren't just for books anymore. These days, you can grab an e-book, movie or video game (not to mention learn how to code) at your local branch with nothing more than a free library card. Libraries are also the last bastion of internet access for those who can't afford it on their own, making the library an essential democratic tool. Oculus, the Facebook-owned virtual reality company, is taking it upon themselves to enhance public libraries with its own educational initiative that will place 100 VR head-mounted displays in 90 California libraries.

According to Mashable, the VR systems will roll out during the next three months and will come loaded with educational titles, to include Google Earth VR, The Body VR, Apollo 11, Mars Odyssey, and Through the Ages as well as other nature and gaming apps. The program will cover almost half of California's 184 library sites, with a possibility for future expansion to help "support equitable access to new and emerging technology."

"We already know that VR has superpowers to accelerate learning," writes Oculus Education's Cindy Ball in a blog post. "Both VR and AR will have a profound effect on education, from making difficult academic subjects more accessible and increasing the efficiency of surgical training to providing a rich backdrop for storytelling and the development of empathy and understanding."

California residents interested in checking out an Oculus headset at their local library can find participating branches here.

In this article: applenews, av, california, education, facebook, gear, libraries, oculus, oculusrift, publiclibraries, video
All products recommended by Engadget are selected by our editorial team, independent of our parent company. Some of our stories include affiliate links. If you buy something through one of these links, we may earn an affiliate commission.