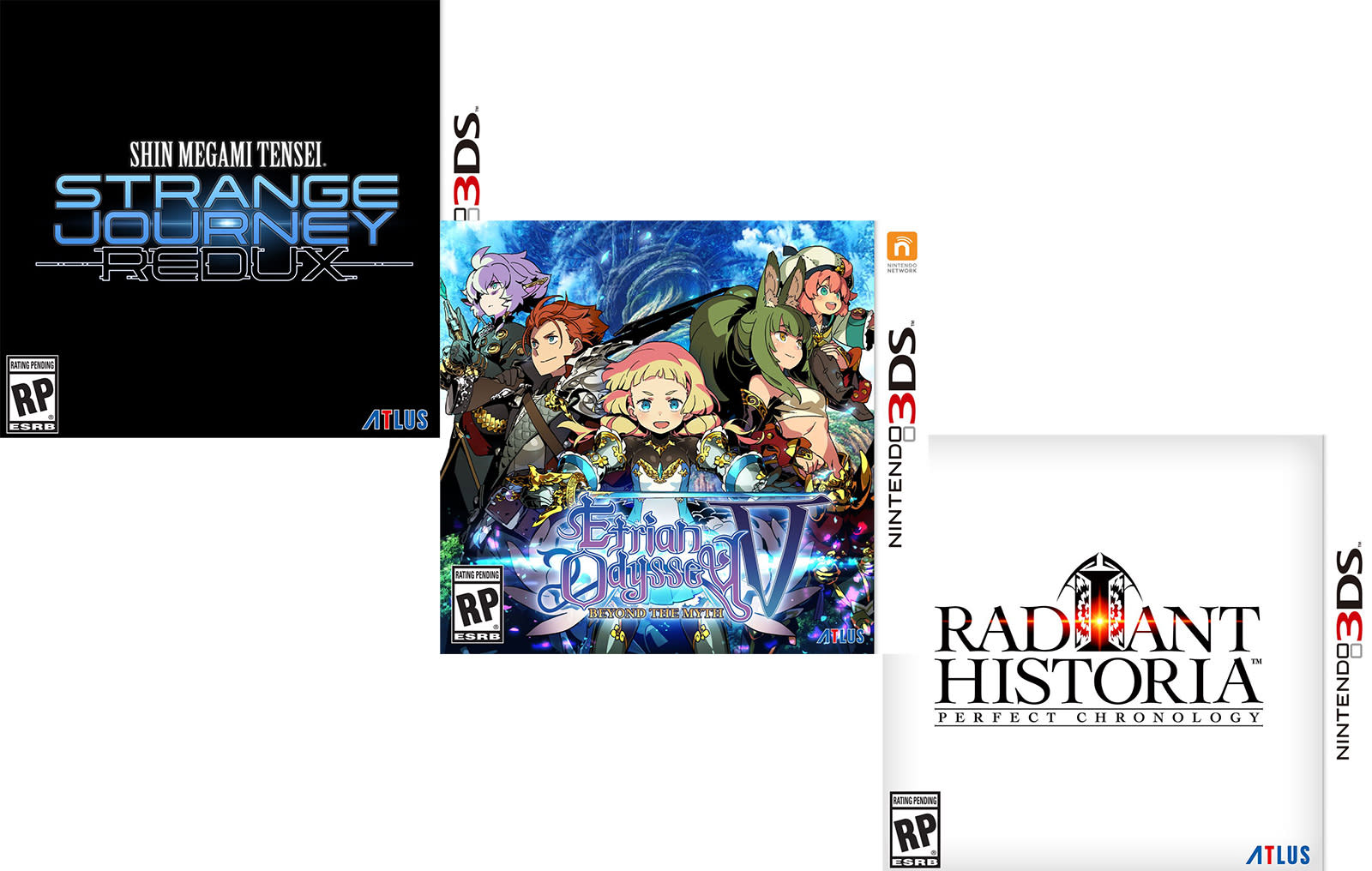 The Switch may have already arrived, but you may want to wait a bit before putting your 3DS in storage. Atlus, which you might know as the studio behind Persona, has just announced that it's releasing three Japanese RPGs for the handheld in the US and Canada. One of them is the latest entry in the Etrian Odyssey franchise, while the other two are remasters of Radiant Historia and Shin Megami Tensei: Strange Journey, two critically acclaimed games originally released for the Nintendo DS. Etrian Odyssey V: Beyond the Myth is a dungeon-crawling, map-drawing game chronicling the journey of an adventurer on a quest to reach the top of a towering Yggdrasil tree. It'll be available sometime this fall.

Radiant Historia Chronology is a turn-based RPG that gives you the power to travel backward and forward through time to change the course of history and achieve the "true ending." It's an enhanced remake of the beloved DS game Radiant Historia, which came too late in the console's life cycle, featuring "a great deal" of new gameplay and story content. A lot of older fans don't seem to happy with the remake's generic anime art style, but it's still a great way to experience the story for those who missed it.

Finally, Atlus is also releasing Shin Megami Tensei: Strange Journey Redux in North America. It's a remastered version of the fourth entry in the Shin Megami Tensei franchise that features first-person navigation. Both Redux and Chronology will be released in early 2018, but all three games are now available for pre-order from Amazon and Videogamesplus in Canada.

In this article: 3ds, applenews, atlus, etrianodyssey, gaming, jrpg, mobile, nintendo, nintendo3ds, radianthistoria, ShinMegamiTensei, strangejourneyredux
All products recommended by Engadget are selected by our editorial team, independent of our parent company. Some of our stories include affiliate links. If you buy something through one of these links, we may earn an affiliate commission.