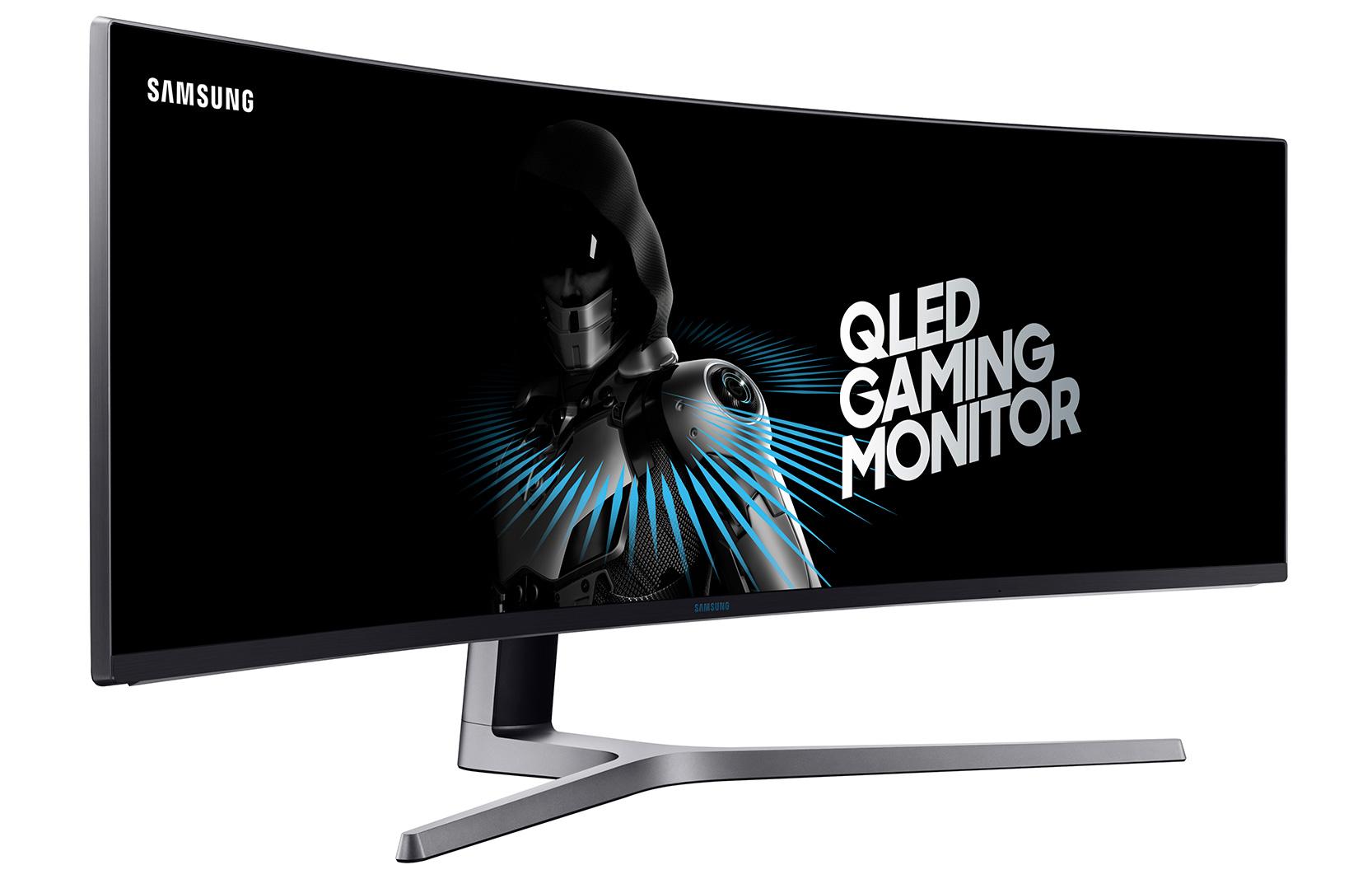 It would almost be ridiculous not to buy a 4K TV without HDR, since you can get such sets for under $500 -- so it's weird that we haven't seen many HDR PC displays yet. Luckily, Samsung has some big news on that front: The company is releasing three new QLED monitors that sound like a dream for gamers. All of them, including the 27- and 32-inch CHG70s, plus the rather insane 49-inch CHG90 model, offer a 1.07-billion-color palette, a one-millisecond refresh rate and wraparound 1800R curvature.

Samsung says the QLED tech, which has only been used on large-format TVs so far, "showcases games exactly as developers intended, dramatically improving picture quality and gameplay with crisper colors and sharper contrast." If you've got HDR content, you'll theoretically see better black levels, a wider color gamut and extra brightness compared to a regular screen.

Specifically, it offers an impressive 95 percent coverage of the DCI-P3 professional color space, a 144Hz refresh rate and four-channel scanning tech "to deter motion blur throughout the entire screen," Samsung writes. The monitors are also the first with next-gen Radeon FreeSync 2 support, making setup for games easier (there's no word on NVIDIA G-Sync support). The displays should be ideal for flight simulation, FPS and action-oriented games, Samsung says.

QLED tech uses LCD panels lit by LEDs, but unlike regular LED displays, Samsung uses "quantum dot" nanoparticles with more precise colors and lighting. While it doesn't have the same perfect contrast of OLED pixels that produce their own light, it has some other advantages. In theory, it can go brighter, as Samsung's latest QLED TVs produce between 1,500 and 2,000 nits, and display colors more accurately, with a 100 percent DCI-P3 color volume -- something Samsung called a "world first" at CES last year.

In this article: 49-inch, applenews, curved, display, E32017, gaming, HDR, personal computing, personalcomputing, QLED, samsung
All products recommended by Engadget are selected by our editorial team, independent of our parent company. Some of our stories include affiliate links. If you buy something through one of these links, we may earn an affiliate commission.