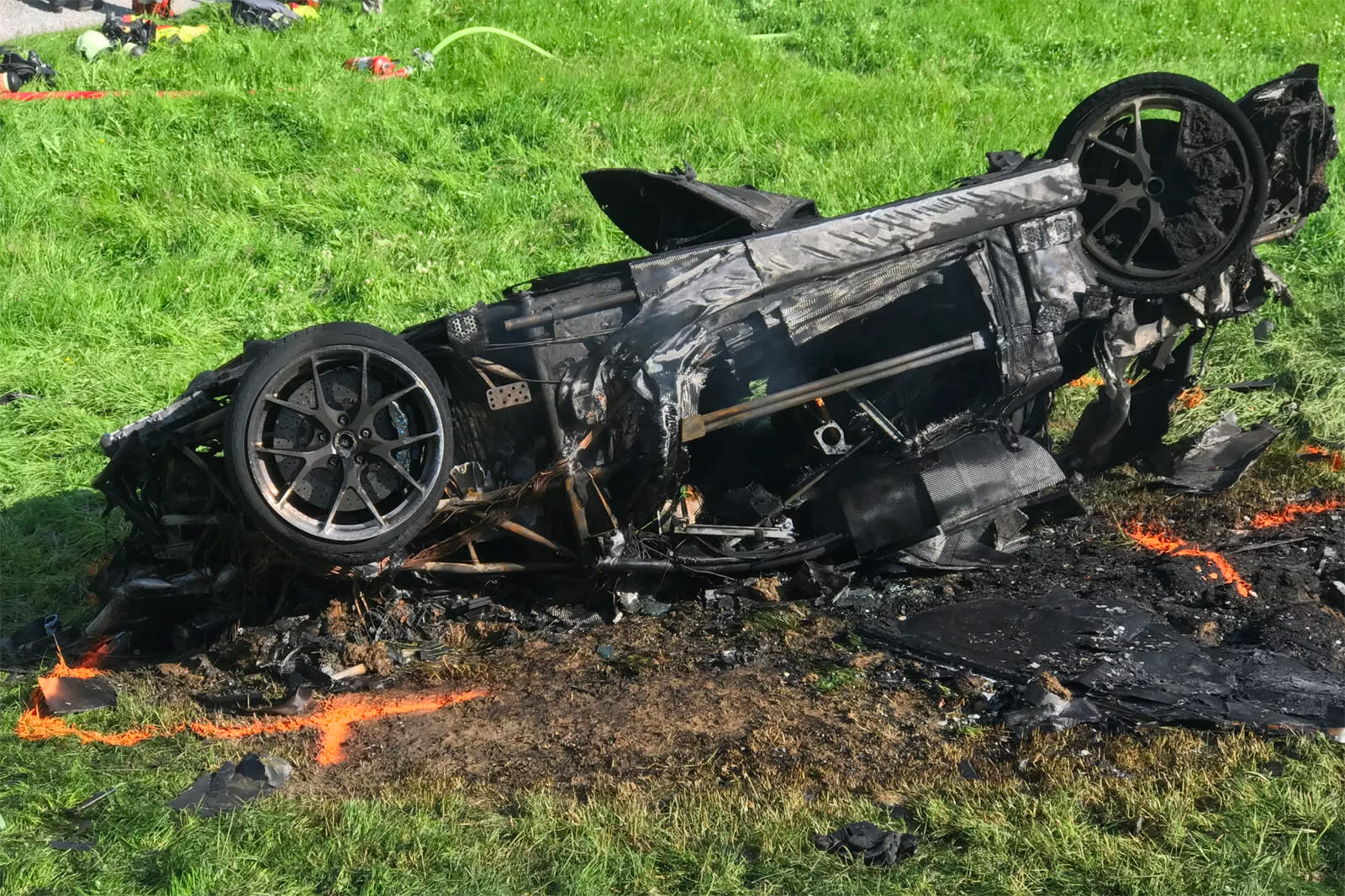 It's a scary day for both The Grand Tour viewers and the motoring world at large. Amazon has revealed that show co-host Richard Hammond was involved in a crash while filming Grand Tour's second season in Switzerland. Hammond thankfully escaped with only a fractured knee, but the incident destroyed the Rimac Concept One electric supercar he was driving (the photo above shows what's left). While it's not certain what led to the crash, Amazon notes that there was no one else embroiled in the incident.

It's not clear how the incident will affect the Prime Video show (we've asked for details). However, it's safe to say that any delays are far less important than Hammond's well-being. Fellow host Jeremy Clarkson notes that it was the "biggest crash I've ever seen," but adds that Hammond is "mostly OK."

For fans, the crash is going to trigger unpleasant flashbacks to Hammond's frightening crash during a Top Gear shoot in 2006. He suffered serious brain injuries after his Vampire drag racer blew a tire at high speed, flying off the track. While he eventually recovered, there's no question that the event was life-changing for the TV star. This is a mild wreck by comparison, but it underscores the dangers involved in pushing cars to their limits in the name of entertainment -- even something as relatively safe as an electric car.

Update 6/11: Video has emerged of the crash. While it's still unclear exactly what happened, the footage suggests that Hammond took a sharp turn too quickly, leading him to collide with a barrier and careen down a hill.

Richard Hammond was involved in a serious crash, but very fortunately suffered no serious injury. pic.twitter.com/4Oib32IJvj

It was the biggest crash I've ever seen and the most frightening but incredibly, and thankfully, Richard seems to be mostly OK.

In this article: accident, amazon, amazonprimevideo, applenews, conceptone, crash, electriccar, electricvehicle, entertainment, ev, grandtour, internet, primevideo, richardhammond, rimac, services, thegrandtour, topgear, transportation, video
All products recommended by Engadget are selected by our editorial team, independent of our parent company. Some of our stories include affiliate links. If you buy something through one of these links, we may earn an affiliate commission.