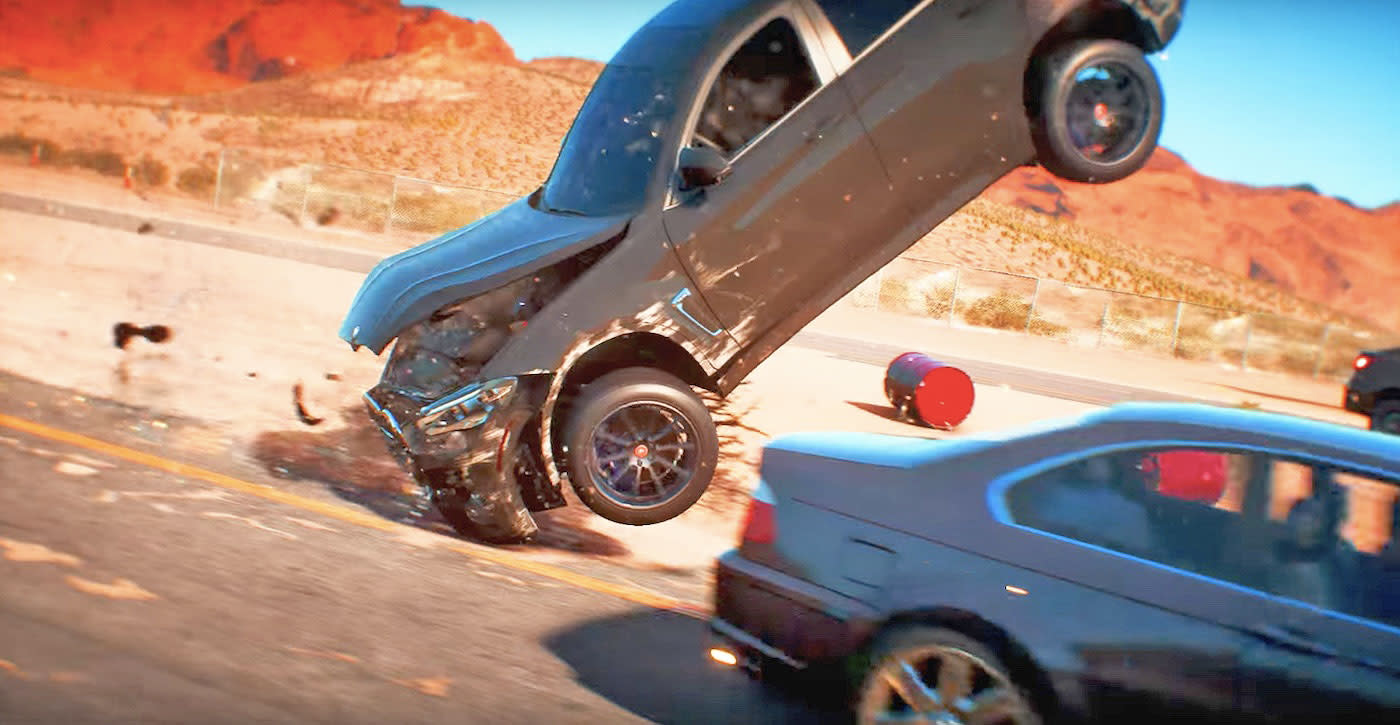 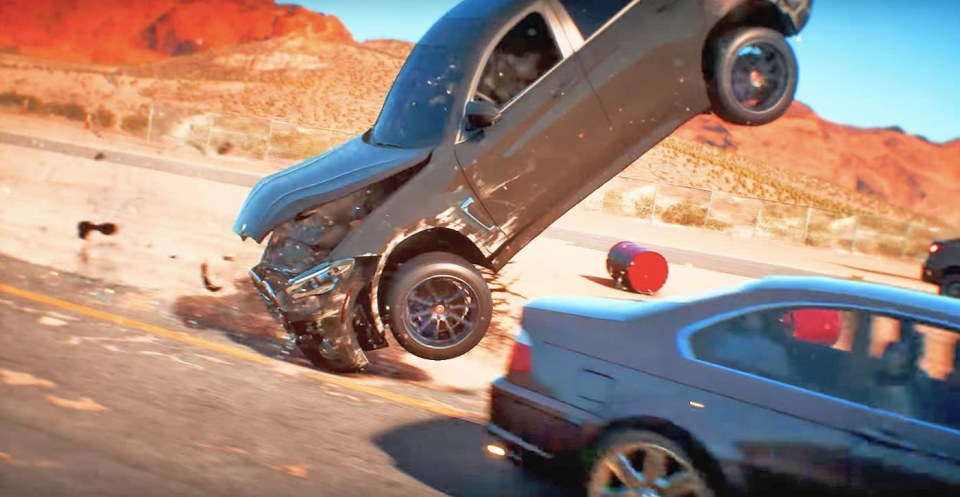 Need for Speed and Burnout are completely different franchises. Both are arcade racers, sure, but the former kind of starts and stops with outrunning the cops in Lamborghinis and other supercars at extremely high speeds. The latter used unlicensed knock-offs for its races because its main dynamic was portraying car accidents with near-pornographic detail. Something you just can't do when a game developer is essentially "borrowing" cars from their real-world owners. Enter the just-debuted Need for Speed: Payback which blurs the lines between the two divergent franchises in its depiction of vehicular mayhem, pushing the boundaries of how much carnage is possible with a real-world car.

Car manufacturers can impose strict rules on just what a game designer can do to their four-wheeled babies in exchange for a studio having access to virtual versions of the vehicles. For example, Chevy might tell Game Studio A that if it wants to have a Corvette in its game, then under no circumstances can the vehicle flip over or have body parts fall off. Based on what Electronic Arts has shown of Payback, it looks like the team at Ghost Games has persuaded manufacturers to give them more freedom.

When you crash in the game, everything happens in slow motion. The camera zooms in on the "goon" car you just shunted, the sound drops out, colors oversaturate, sparks fly and fire engulfs the enemy vehicle as it spins on its front bumper. If you've played Burnout: Paradise this will look familiar, but in Payback it happens with a BMW versus a ride from one of the game's made-up automakers. How is that even possible?

"We have close communications with [car manufacturers]," Nilsson said. "We show them everything, and they can absolutely go back and say, 'We don't like the way you treat our brand in this specific situation; we won't approve that.' And we'd have to change it."

Nilsson says that the integrity of the franchise is more important to him than having a BMW in the game, so he pushes back when the automakers start to object. "This is the game we're making, do you [automaker] want to be a part of that? Then this is what you need to live with."

Even then, what's shown onscreen is still comparatively tame compared to how Burnout: Paradise portrays similar events. The biggest restrictions Ghost faced were how the team portrayed passenger safety.

"[Automakers] want to make sure the passenger compartment is always a safe place for the passengers to be," said Vehicle Art Director Bryn Alban. "We can't have the doors open, and we can't crush the car too much."

However, Alban was still surprised with how generous the manufacturers were. "[Automakers] way more lenient than we first envisioned, and we can actually do a lot more than we thought," he said.

In this article: applenews, av, brynalban, business, e3, e32017, electronicarts, gaming, ghostgames, marcusnilsson, needforspeed, needforspeedpayback
All products recommended by Engadget are selected by our editorial team, independent of our parent company. Some of our stories include affiliate links. If you buy something through one of these links, we may earn an affiliate commission.