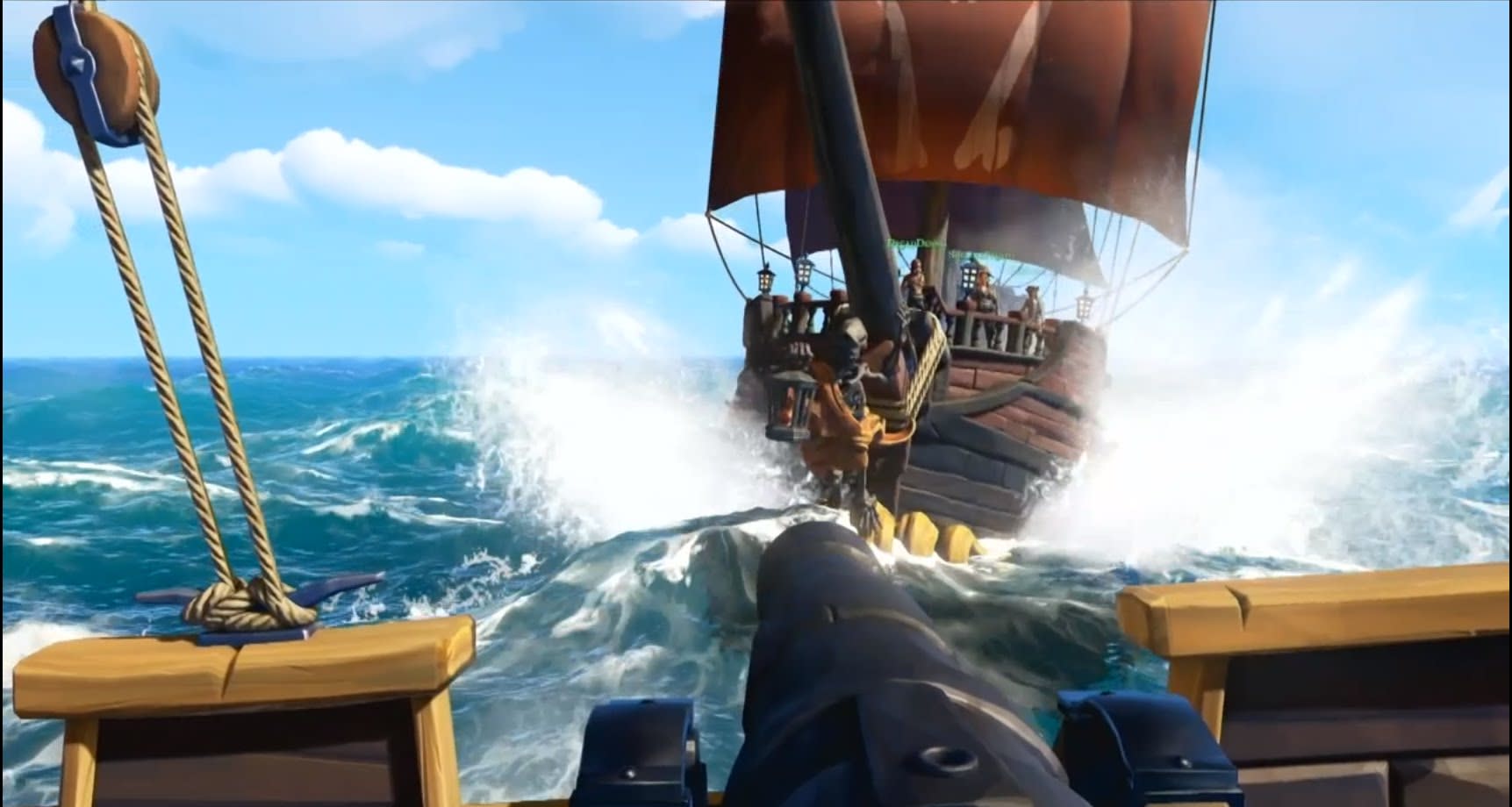 When Rare teased us with Sea of Thieves last year, it left the release date up in the air. Sure, we knew the game would set us on an adventure across the high seas, but we had no idea when we would embark on our quest for loot. Now we know. Sort of. Today at E3, the company penned the adventure in for a 2018 release date, exclusive for Xbox One and Windows 10.

That's a little longer of a wait than we hoped, but the wait could be worth it. Despite the game's simple and slightly goofy visual style, it looks appropriately huge. The titles short on-stage demo showed a team of pirates diving deep under the sea to loot a derelict ship (while avoiding deadly sharks), deciphering clues to find buried treasure on a remote island, and taking part in an epic ship-to-ship battle in the midst of a roaring storm.

Unfortunately, Microsoft didn't get into any specifics. We still know the game is a sort of shared world, but the exact scale of that universe and how multiplayer works is still unknown. Are games limited to the eight players we saw in the demo, or can the game take on a more massive scale? It's also not clear if there's any kind of leveling or character customization system. Either way, it'll probably be awhile before we find out: Sea of Thieves isn't slated to launch until sometime in early 2018.

In this article: applenews, av, e32017, gaming, microsoft, microsofte3, rare, rareware, seaofthieves
All products recommended by Engadget are selected by our editorial team, independent of our parent company. Some of our stories include affiliate links. If you buy something through one of these links, we may earn an affiliate commission.