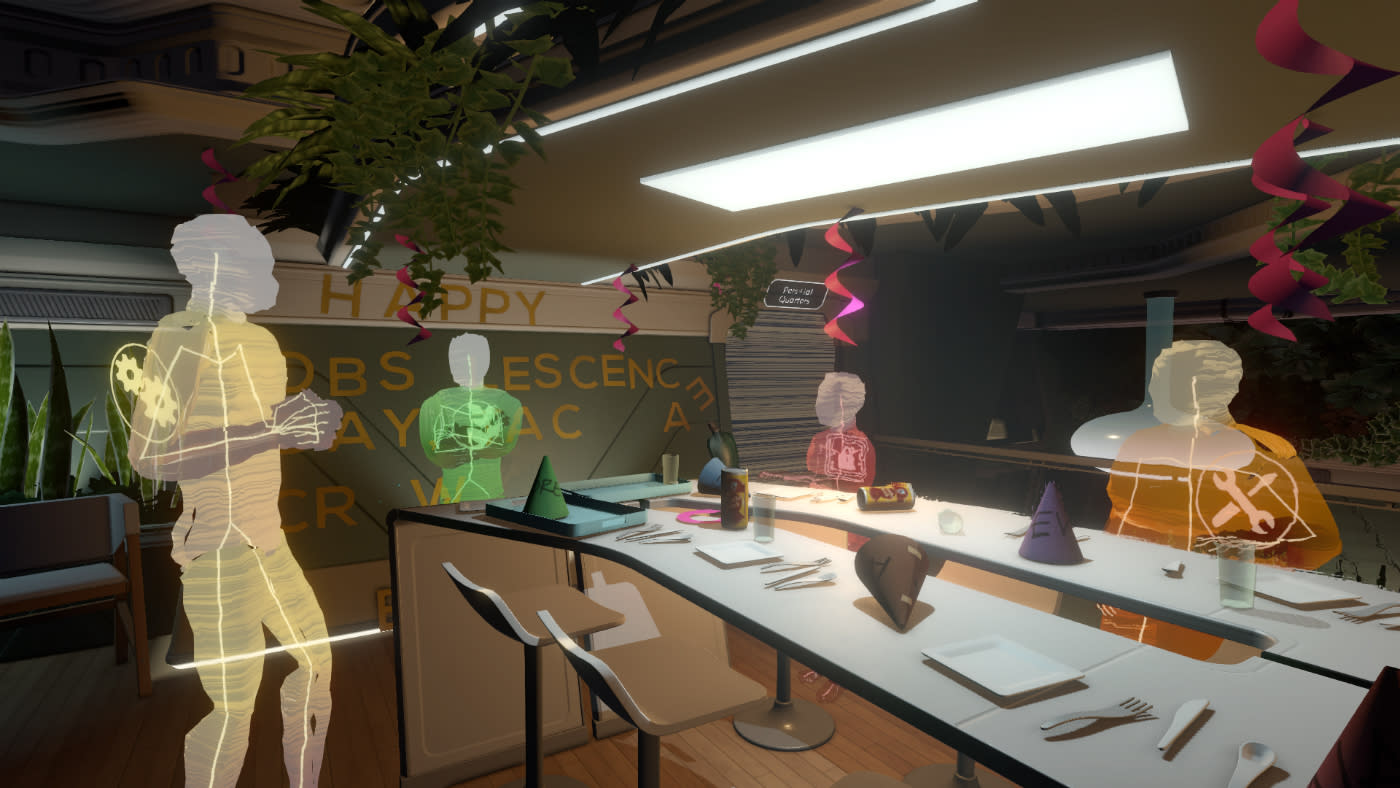 At last, we have a release date for Fullbright's Gone Home follow-up, Tacoma: August 2nd. The Portland-based developer showed a brief trailer during Microsoft's E3 press conference, full of beautiful spaceship corridors and meeting rooms. The game, if you're unfamiliar, will put you in the role of galactic detective, rewatching old holographic recordings in order to unravel what happened aboard the station. It's been a long time coming: The game was first announced at The Game Awards in 2014, and was delayed to "Spring 2017" more than a year ago. But given how influential Gone Home was, we're more than happy with the wait.

In this article: applenews, art, e32017, gaming
All products recommended by Engadget are selected by our editorial team, independent of our parent company. Some of our stories include affiliate links. If you buy something through one of these links, we may earn an affiliate commission.