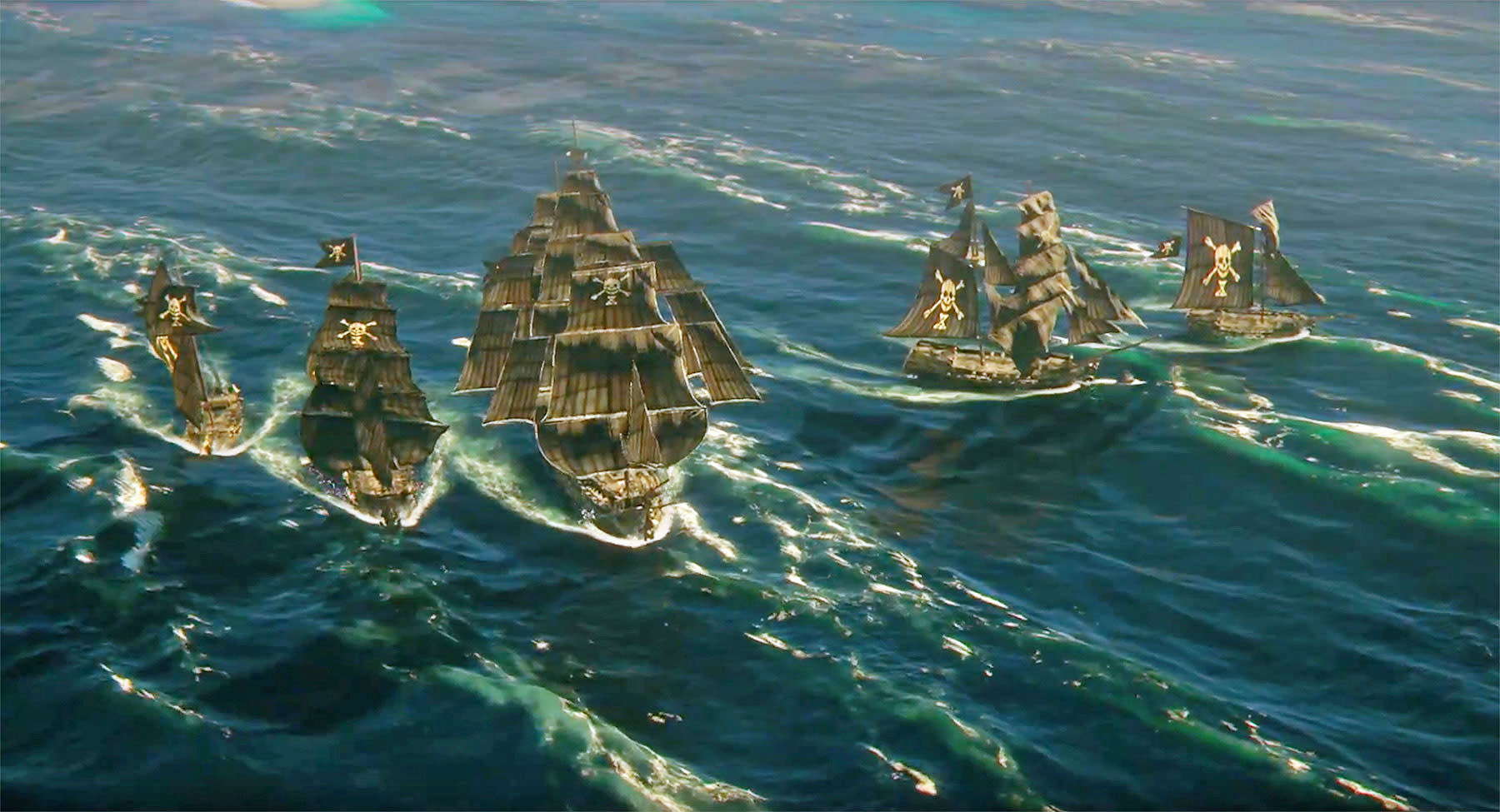 Ubisoft Singapore just announced its next game here at E3 2017, called Skull & Bones. It challenges players to rise to the rank of ultimate pirate kingpin while playing with their friends and against their enemies in an online open world. During the conference, the developers showed off 5-on-5 multiplayer, as ships jostled about in combat and, eventually, escaped with their ill-gotten loot. If this sounds familiar, it's because the team previously worked on the ocean gameplay in Assassin's Creed IV: Black Flag.

According to the game's description, you set sail on the Indian Ocean, amass a fleet and ally with other pirate captains to form gangs. Your character refused a king's a pardon and sailed from the Caribbean to hijack trading ships and take down your rivals. Since many people thought ACIV's ocean-going sections were the best part, there's a lot to be excited about here. Interested gamers can sign up for more information on the upcoming beta test right here, although, with a fall 2018 release window, you're probably in for a wait.

In this article: applenews, av, E32017, gaming, openworld, pirates, SkullandBones, Ubisoft, UbisoftSingapore, video
All products recommended by Engadget are selected by our editorial team, independent of our parent company. Some of our stories include affiliate links. If you buy something through one of these links, we may earn an affiliate commission.