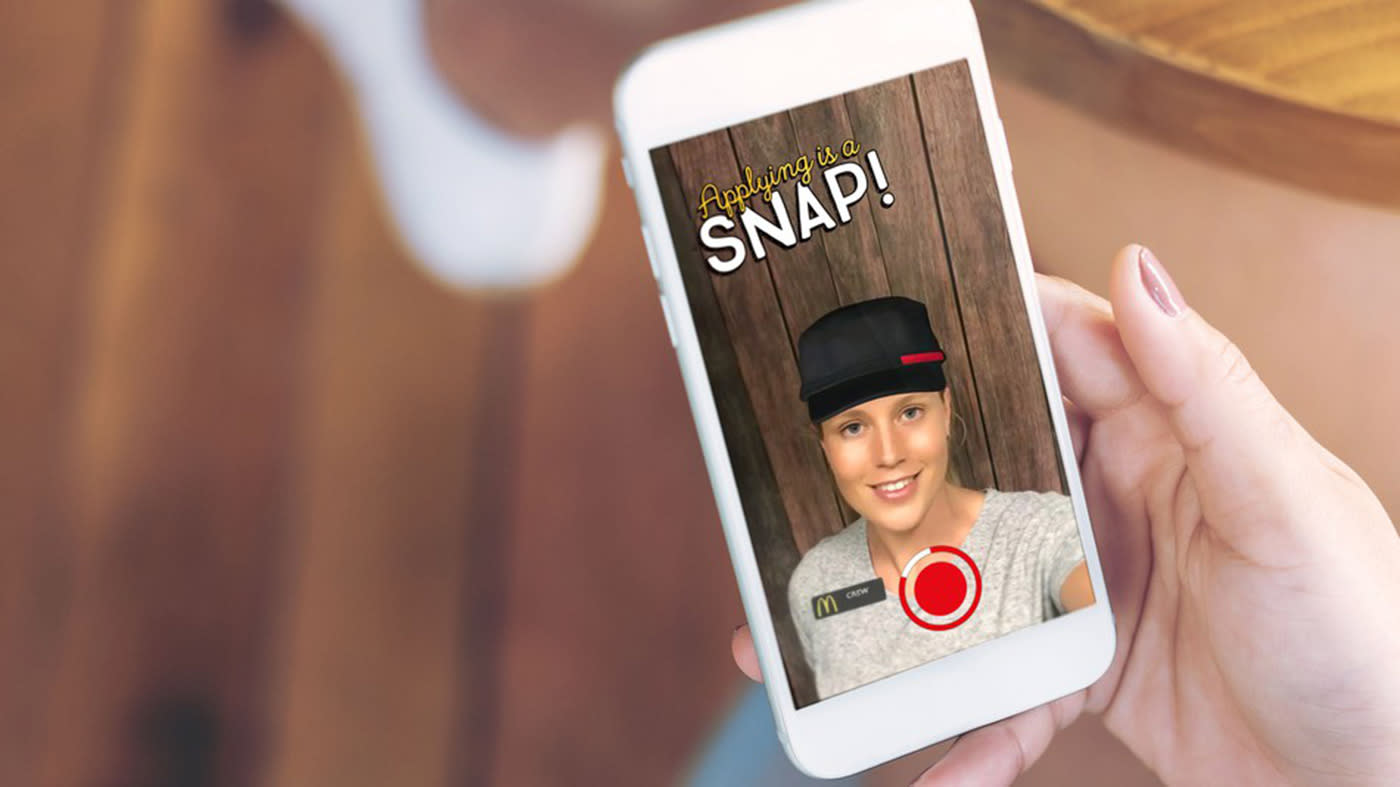 Snapchat isn't just meant for sending ephemeral messages anymore. If you want to watch some shows, just check out its Discovery platform. In fact, you can even use it to apply for a grueling and thankless fast food job now that McDonald's has teamed up with the app to hire 250,000 workers across the US this summer. Golden Arches has turned to the service to lure in potential applicants, since most of its hires are between 16 and 24 years old -- half of Snapchat's users just happen to fall in the same age range. The company will start sending direct invites to users today, and anyone interested can start sending in what it calls "Snaplications," as well.

McD's first launched the Snaplication filter, which shows you wearing a McDonald's uniform, in Australia back in April. You'll have to a record a 10-second video of yourself with the filter on and send it to the company. Once your video has been reviewed, McD's will send you a link to the application page also within the app, so you can formally apply for a job.

Unfortunately, a Snaplication doesn't take the place of a one-on-one interview, which begs the question: what is it for, exactly? While we can't say for sure whether sending one in gives you an edge over another applicant, the company says it'll take the videos into account. When the feature launched in Australia, the company's COO in the country said they're looking for "positivity" and "bubbly personality." We're guessing McD's will look for hints of those in applicants' 10-second video clips.

By the way, you may want to get used to encountering more of the fast food chain's hiring efforts in your apps. The company also has plans to use Hulu and Spotify to reach out to potential millenial hires, though it's still not entirely clear what kind of campaigns it's launching with those services.

In this article: applenews, gear, mcdonalds, mobile, snapchat, snaplications
All products recommended by Engadget are selected by our editorial team, independent of our parent company. Some of our stories include affiliate links. If you buy something through one of these links, we may earn an affiliate commission.