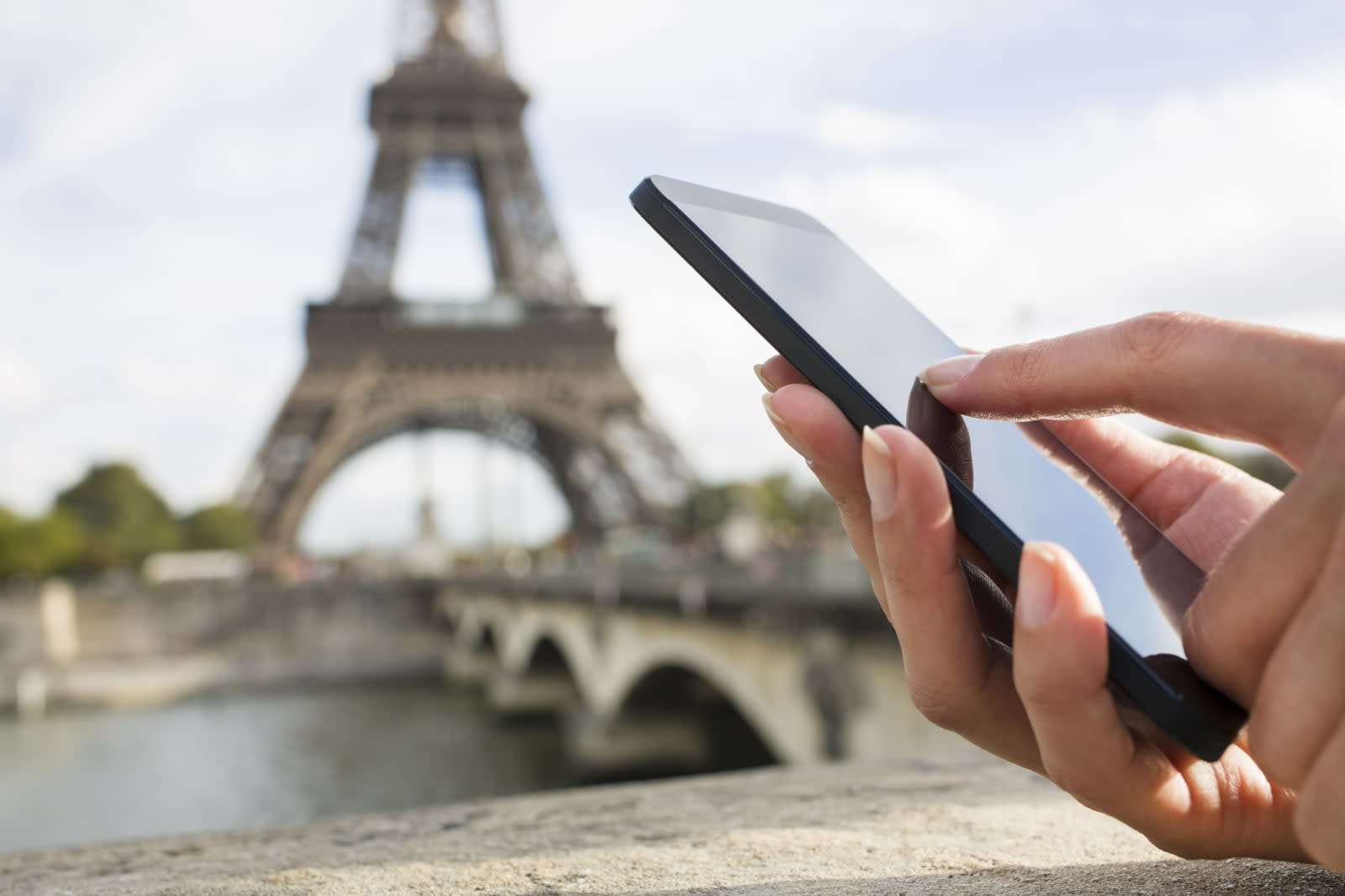 It's been a long time in coming and had plenty of trials and tribulations, but it's finally here: mobile roaming is now free in the EU. As long as you have service in a member state and live there for at least 8 months each year, you can use your phone's voice, messaging and data in other EU countries at the same rate you'd pay as if you were at home. Well, mostly. There are a number of exceptions to the rule that could leave you paying more, although the likelihood of coming home to a gigantic bill is relatively small.

Carriers can still impose a fair use limit on data while you're traveling (if you have an unlimited or very inexpensive plan), but they're capped at charging you no more than €7.70 per gigabyte plus tax. That ceiling should gradually drop to €2.50 by 2022. Also, a "very small number" of EU carriers are allowed to charge a small roaming fee to make up for lower-than-usual domestic rates, but they should be lower than they were before. And of course, traveling abroad for more than 4 months can incur extra fees.

A handful of countries in the European Economic Area (Iceland, Liechtenstein and Norway) should get free roaming in the near future.

Yes, it's been hard to avoid news of the roaming change if you live in the EU. Some carriers even went so far as to announce changes ahead of time. Nevertheless, it's significant -- even with all the caveats, it promises to alleviate some of the headaches when using a smartphone in densely-packed Europe. You can now focus on enjoying your vacation instead of hoarding data as much as possible.

In this article: applenews, eu, europe, europeanunion, gear, mobile, politics, regulation, roaming, wireless
All products recommended by Engadget are selected by our editorial team, independent of our parent company. Some of our stories include affiliate links. If you buy something through one of these links, we may earn an affiliate commission.