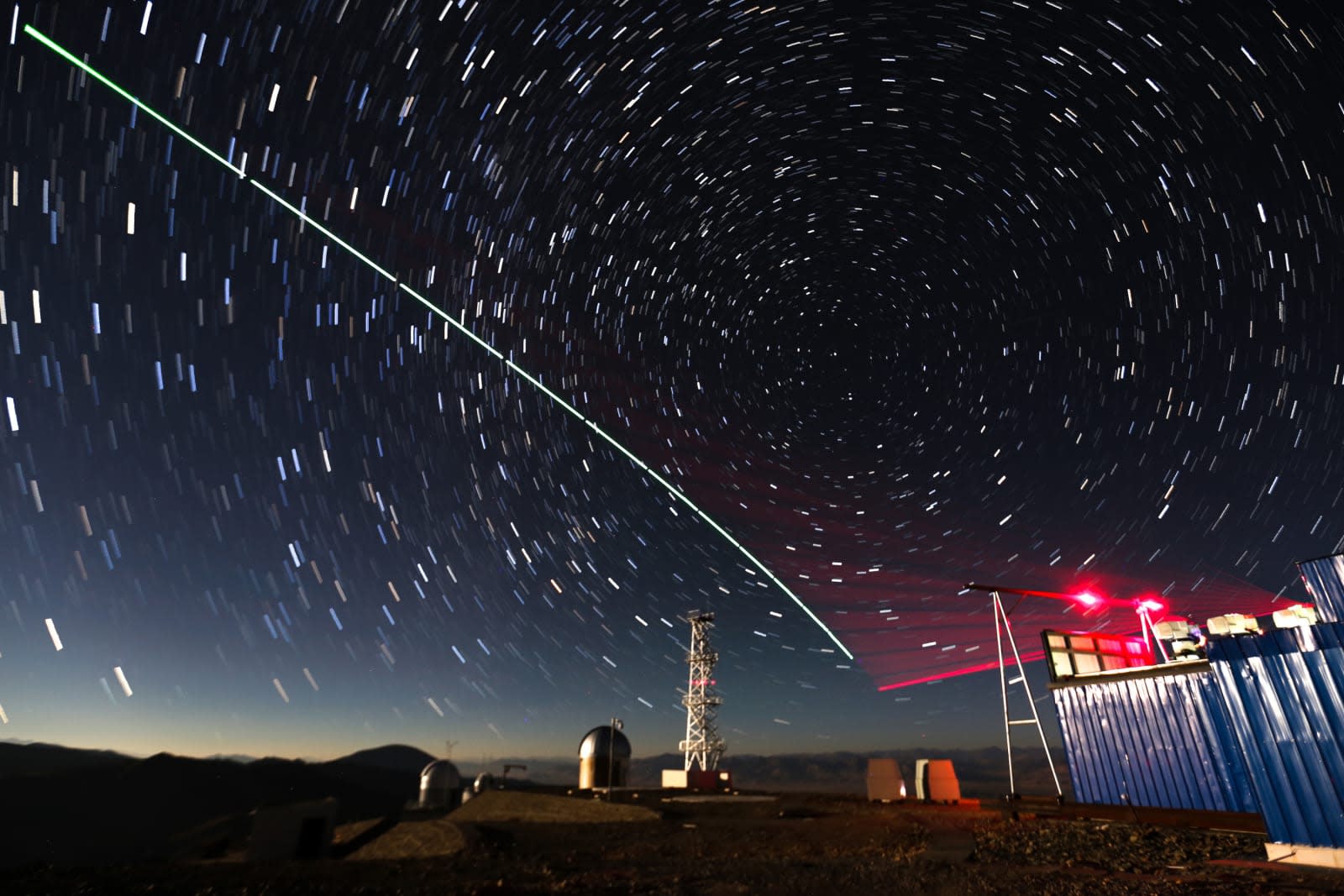 The field of quantum cryptography, which seeks to transmit encrypted information using entangled quantum particles like photons, could help lay the groundwork for tomorrow's quantum networks but it faces a significant physical hurdle: entangled photons are crazy hard to transmit long distances. Even in fiber optic cables, they can only go about 150 miles before completely degrading. But a team of researchers from the Chinese Academy of Sciences may have the solution. You just have to send the photons 745 miles into space.

Though the idea of using satellite relays to shunt entangled photons into space and back has long been considered, it wasn't until last August that the nation sent up its first such orbiter, the $100 million Quantum Experiments at Space Scale. It is reportedly equipped with a laser-and-mirror system as well as a special crystal that can encode data and encryption keys onto photons as they travel back to Earth.

Even without the ground-based obstacles that conventional quantum networks and experiments have to contend with, spotting these photons on their way back from orbit is no easy feat. The crystal can generate as many as 6 million pairs of photons at any given time however the two designated ground stations, which are located 750 miles apart, are only able to detect around one par per second. "It's a challenging task," physicist Chao-Yang Lu, told Wired. "It's like you have to clearly see a human hair from 300 meters away."

Lu and his team hope that this successful experiment, which has recently been published in the Journal Science (paywall), could pave the way for more secure encryption systems. In theory, you'd first encode an encryption key based on the characteristics of a photon stream and send that to your message's recipient. You'd then encrypt your message with that key and send it on as well.

If someone tries to intercept, decode or even observe the key while in transit, the laws of quantum mechanics dictate that the key itself would change. So even if they intercepted the key and the message, both would be useless. The current state of the technology isn't quite sensitive enough to do that yet but that's essentially the goal.

In this article: applenews, China, Chinese Academy of Sciences, ChineseAcademyOfSciences, gear, launch, quantum, Quantum Experiments At Space Scale, QuantumEntanglement, QuantumNetwork, rocket, satellite, space
All products recommended by Engadget are selected by our editorial team, independent of our parent company. Some of our stories include affiliate links. If you buy something through one of these links, we may earn an affiliate commission.