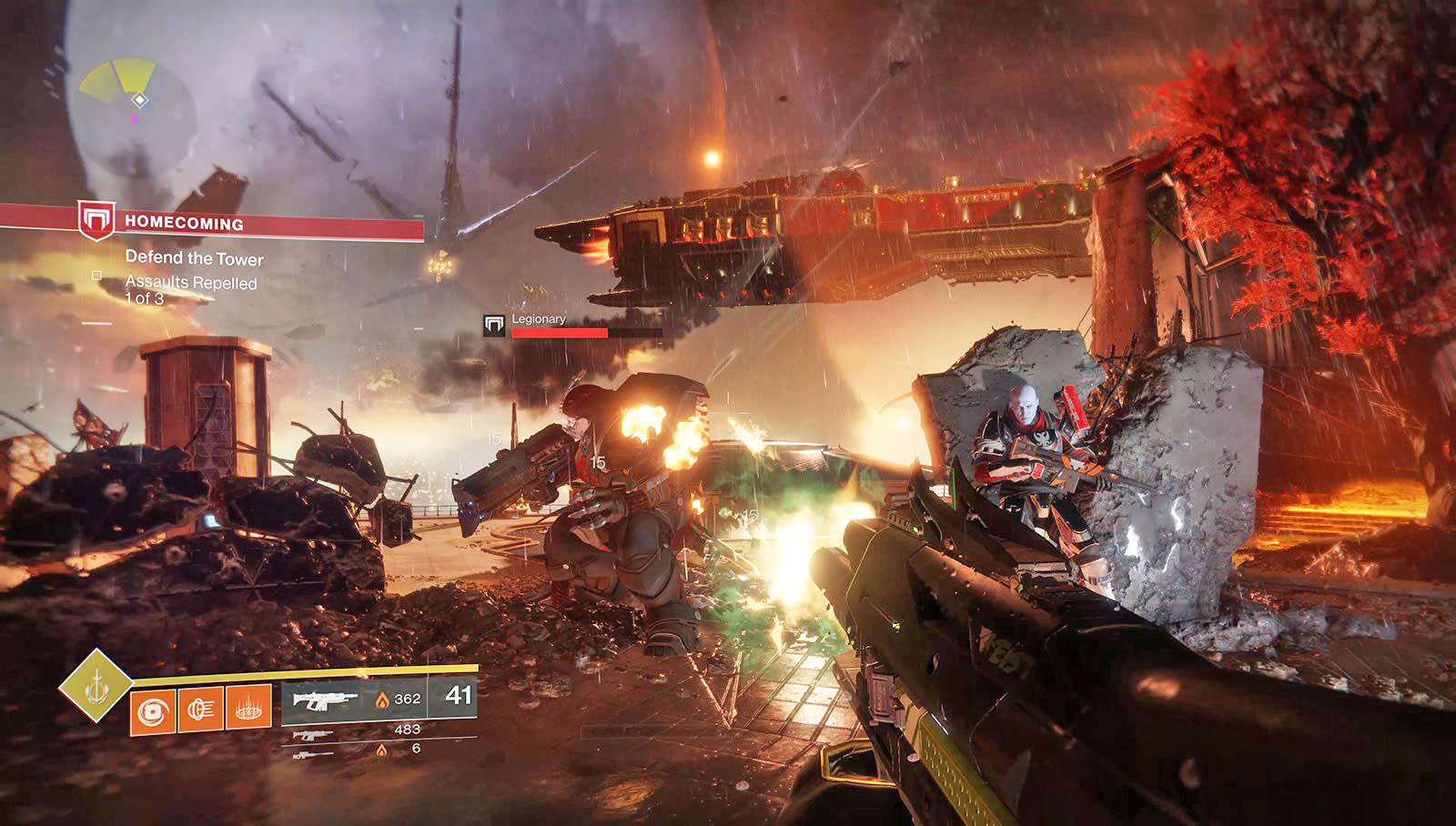 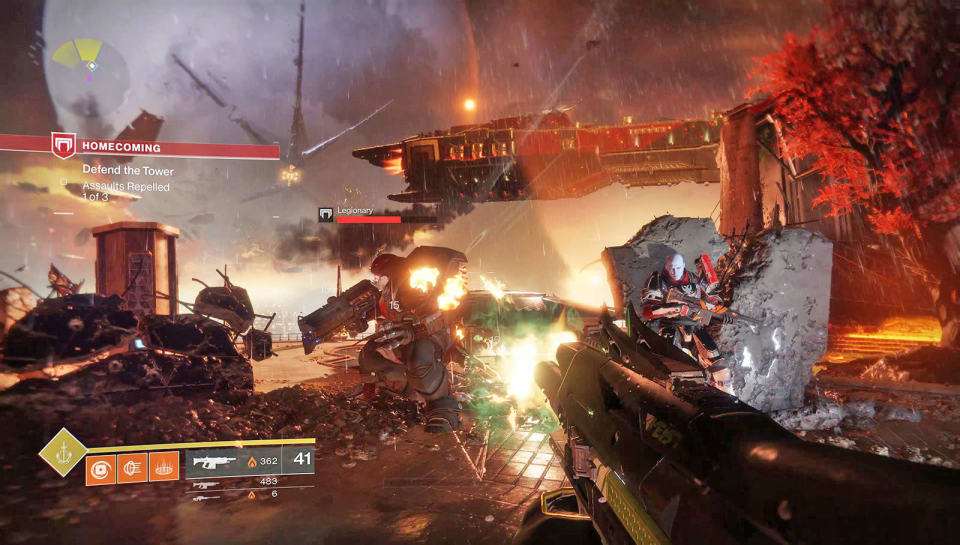 Destiny, like Bungie's Halo before it, was a relatively slow-paced shooter. That was ideal for console controllers, but it wouldn't have translated well to PCs, where gamers expect everything to move much faster. Now that Destiny 2 is finally bringing the series to PCs on October 24th, I couldn't help but wonder how Bungie would adapt it for mouse-and-keyboard play. Would it retain the slow and methodical pacing that we're used to, or would Bungie ramp things up?

After spending some quality time with the PC version at E3, I can attest it's a much speedier, more intense experience. That's partially due to some gameplay improvements -- switching between weapons and reloading feels a lot quicker than before -- as well as the fact that I was playing the game in 4K at a silky-smooth 60 frames per second. That frame-rate bump alone makes the entire experience feel more immediate, as there's less of a lag between what you're inputting and how the game responds. (Check out a 4K clip of the game in action below.)

I played countless hours of the original game on the Xbox One, but Destiny 2 feels fundamentally different with a mouse and keyboard. As you'd expect, looking around and targeting enemies is much faster than with a controller. PC gamers might even find it a bit too easy at first, as it's not that tough to blow away Destiny 2's slower enemies if you have fast mousing reflexes. The game's combat also feels a bit more involved than before, because you can now unleash a powerful melee attack, in addition to the charged-up super moves from before.

In addition to playing much more smoothly, Destiny 2 also looks incredible in 4K at 60FPS. Every aspect of the world was rendered perfectly, with no signs of jaggy edges or blurry textures. At times, the sheer amount of luscious imagery and visual effects on screen makes it seem like Bungie is showing off. Don't fret if you can't run the game in 4K, though -- it'll still look significantly better than the console versions at 1,440p or above at 60 FPS. And if you're the lucky owner of an ultra-wide monitor, you'll be able to enjoy it in a native 21:9 resolution as well.

Destiny 2 can also go beyond 60 FPS on PCs if you've got the hardware to support it. The PlayStation 4 Pro and Xbox One X versions of the game, on the other hand, will be locked at 30 FPS, and it's still unclear what resolution they'll be running at. So, as powerful as the Xbox One X is, it's still lagging behind what a fully kitted-out gaming PC can offer. The demo rig I was using included NVIDIA's flagship GTX 1080Ti GPU -- you'll definitely need something on that level if you want to play in 4K with high frame rates. And speaking of NVIDIA, the company also announced that it'll be including a copy of Destiny 2 with its video cards for a limited time.

While I only had around 15 minutes with the PC version of Destiny 2, I'm already eager to make it my primary platform for the game. As usual, though, the ideal platform for a multiplayer shooter is the one where all of your friends are. There's no doubt the game's single player campaign will look great on PC, but it remains to be seen if it'll actually attract a solid multiplayer community.

In this article: applenews, av, Bungie, Destiny2, E32017, gaming, hands-on, nvidia, PCgaming
All products recommended by Engadget are selected by our editorial team, independent of our parent company. Some of our stories include affiliate links. If you buy something through one of these links, we may earn an affiliate commission.