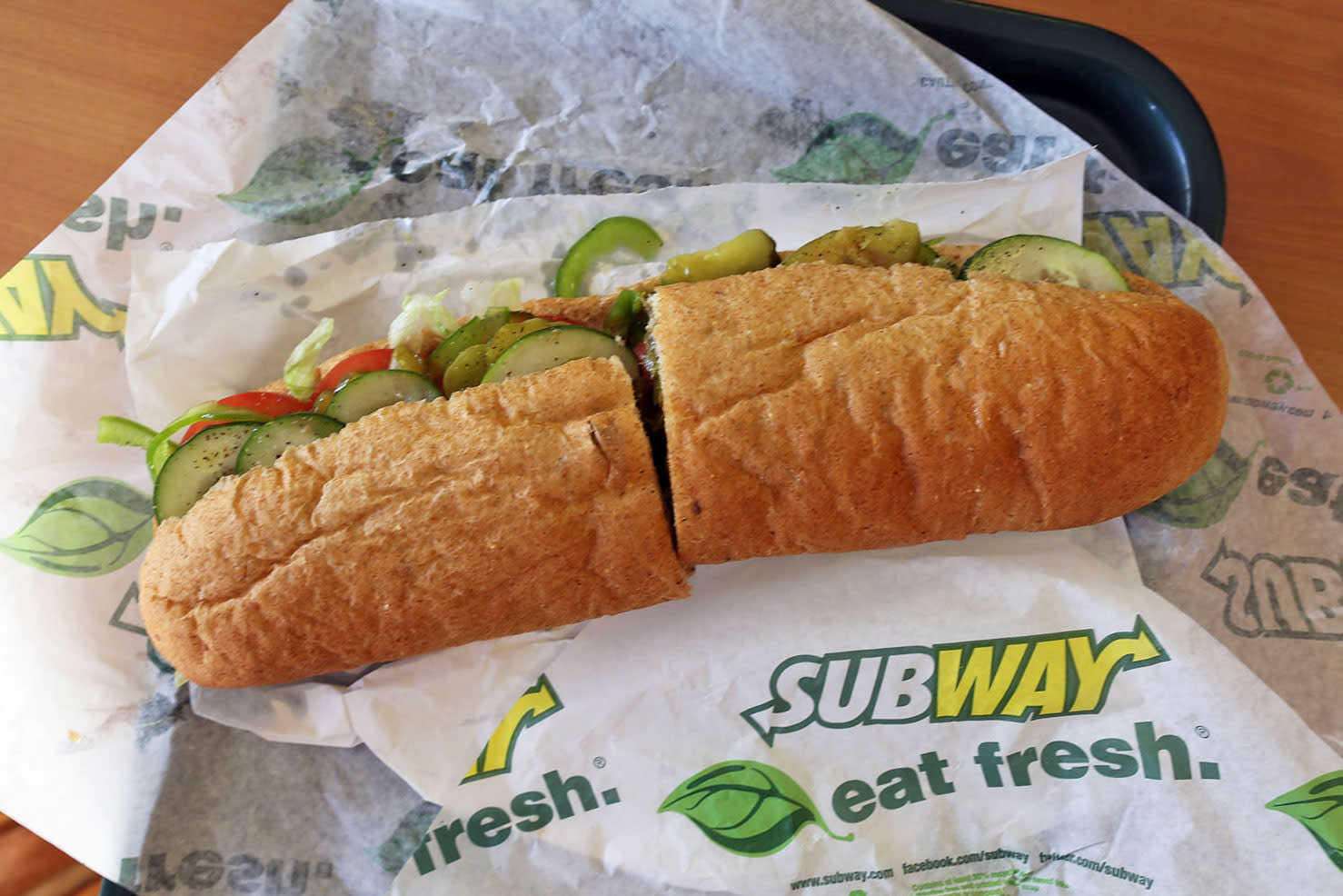 It couldn't be that their bread used to contain the same chemicals as yoga mats. It certainly isn't the fact that their high-profile spokesman of 15 years is now serving 15 more in federal prison on charges of sex with minors and child pornography. No, no, no. Obviously the reason that Subway's sales have been in a three-year slump, one of the worst in company history, is that their restaurants aren't sufficiently high tech.

To solve this perceived issue, Subway is introducing self-service touchscreen kiosks in its stores and rolling out a mobile app similar to what Panera Bread debuted in mid-2014. It also plans to install digital menu boards and offer free wi-fi at some locations.

"It's really a vision and strategy in how we want to evolve," Carman Wenkoff, Subway's chief information and digital officer, told Bloomberg. "Customers are demanding a more complete experience."

Subway's woes aren't entirely customer-side, either. The company is facing stiff competition from the rest of the fast food industry which is nearly universally moving towards healthier food options (the meat monstrosity that is the Carl's Jr Baby Back Rib Burger notwithstanding), a market niche that Subway used to dominate. What's more, many fast food chains are similarly upgrading their technology offerings for customers including many of the same things Subway is: free wi-fi, digital signage, mobile apps -- McDonald's will now even deliver your order to your door.

Whatever the cause, Subway saw a 1.7 percent drop in its US sales last year, the third straight year they've done so. As a result the company has already announced that it will be closing hundreds of locations. And, according to research firm IBISWorld, 2017 looks to be more of the same.

In this article: applenews, food and drink, food-and-drink, foodanddrink, gear, JaredFogel, kiosk, McDonalds, mobileapp, mobileordering, Panera Bread, Subway, touchscreen
All products recommended by Engadget are selected by our editorial team, independent of our parent company. Some of our stories include affiliate links. If you buy something through one of these links, we may earn an affiliate commission.