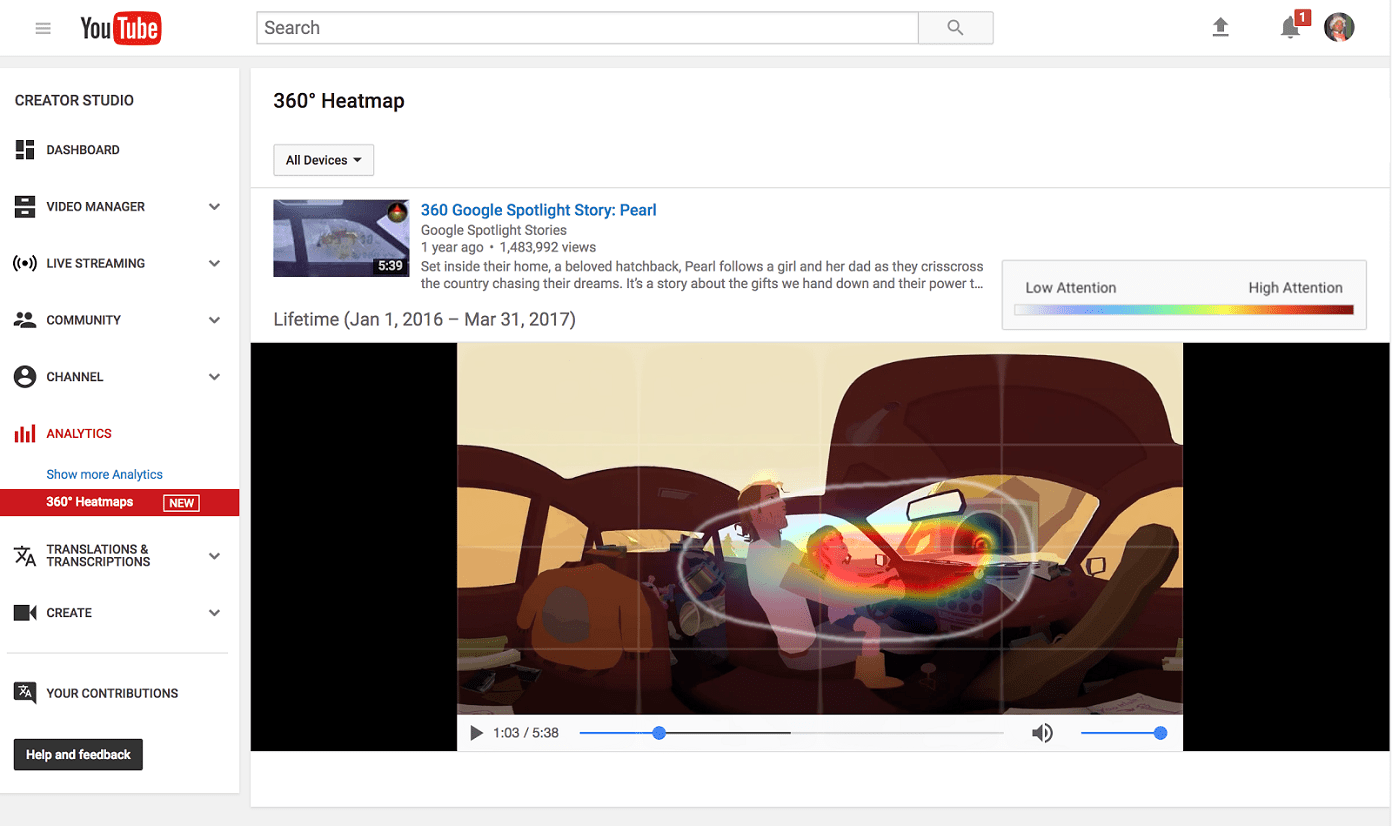 YouTube's growing library of VR content is a definite asset in Google's struggle to dominate the virtual reality sphere. The video platform isn't just improving the consumer experience either, as it did when it added shared virtual viewing rooms and live voice chat back in May. To help content creators figure out which parts of their 360-degree videos are working, YouTube has introduced heatmaps to show where -- and when -- people are looking in the freeform movie format.

YouTube will dole out a heatmap for any 360-degree video with over 1,000 views. The platform has a few early observations from its nascent catalogue of VR movies. For one, despite the freedom to look anywhere, viewers spend 75 percent of their time watching the front 90 degrees, so keep the action straight ahead. But 20 percent of views focus directly behind, so don't abandon the format's freeform possibilities. Lastly, VR platforms are not made equal: Mobile headset users, like those donning Google's own Cardboard, take a few seconds to get situated in a vehicle (whereas viewers with desktop systems do not).

Knowing where folks choose to look isn't just useful for content creators. Facebook has developed a few strategies to keep streaming video bitrates low and quality high, one of which includes using AI predictive modeling to intuit the most interesting parts of a video (where viewers will focus their attention) and render that in higher resolution than other parts.

On top of the heatmap announcement, Google is also announcing an upcoming training course for virtual reality content creators called the VR Creator Lab. Applicants chosen will start a three-month intensive course this August and get $30,000 to $40,000 to fund their dream project.

In this article: 360degreevideo, applenews, google, internet, vr, youtube, youtubeVR
All products recommended by Engadget are selected by our editorial team, independent of our parent company. Some of our stories include affiliate links. If you buy something through one of these links, we may earn an affiliate commission.