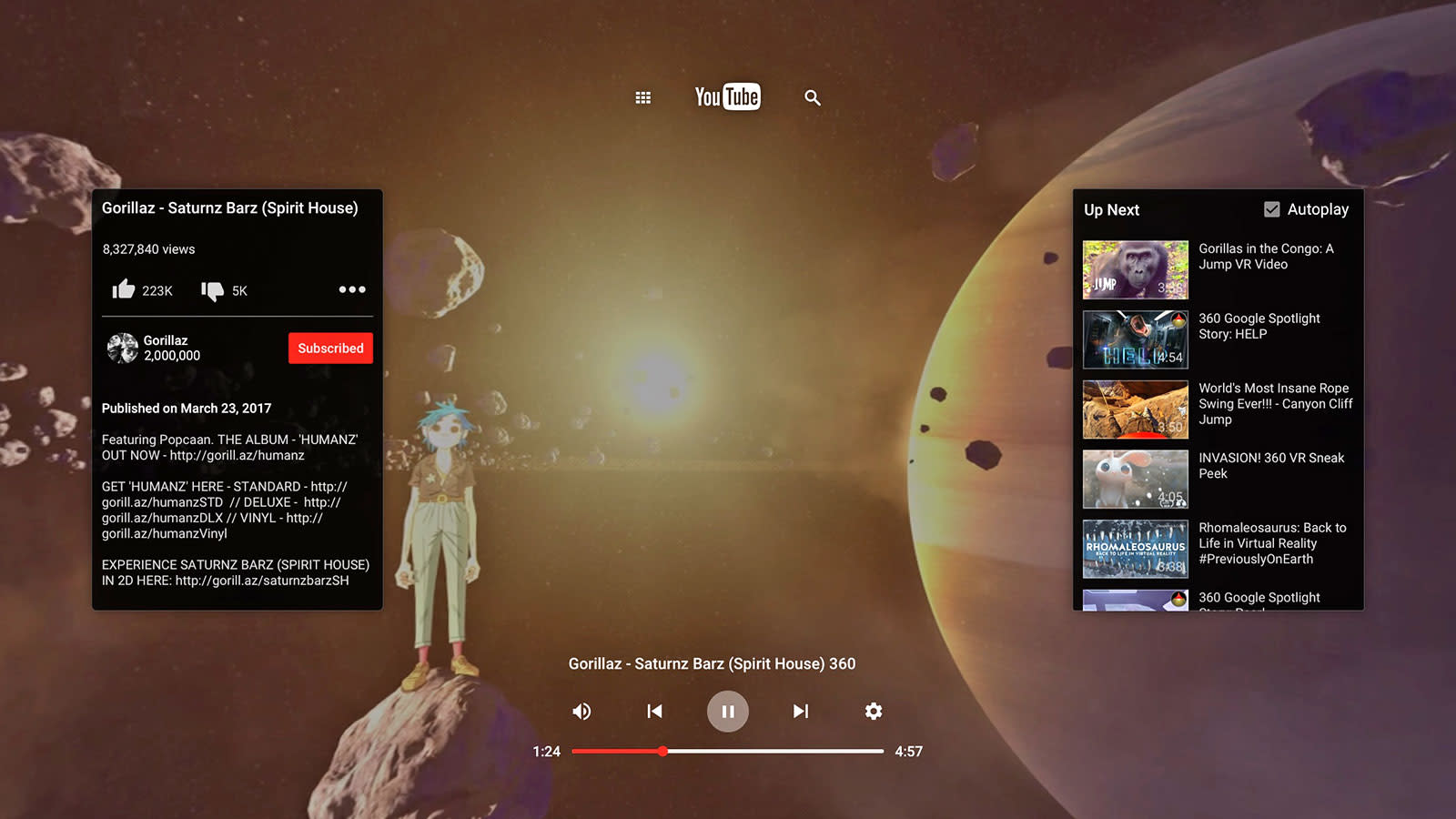 At its I/O keynote today, Google revealed more details about YouTube VR, part of its Daydream virtual reality expansion that will feature 360-degree videos. Rather than having an (often abuse-filled) comments section like the regular YouTube site, the VR version will instead be a "co-watching" experience, with limited groups watching videos together. Furthermore, folks will appear in shared rooms as customizable avatars and chat in real time using their own voices.

The new changes will make YouTube VR much more community oriented than before, Google's Erin Teague explains, allowing users to have co-watching parties and even engage with creators. Rather than starting at a screen, however, everyone is in the middle of the 360-degree videos, making the experience a bit more, well, virtual.

At the same time, you'll be able to discuss, critique or mock videos with your friends live, thanks to the co-watching and voice features. In other words, it's like a mashup of Hangouts and VR, with a bit of Twitter thrown in, all happening during a live chat. At the same time, it will be easy to search and discover videos your friends are watching, Teague promises.

It's also not unlike Oculus Rooms, where Samsung Gear VR users can interact with avatar characters. However, with the reach and numbers of Google and YouTube, it has a lot better chance of success than the fairly limited numbers that Oculus has managed so far. Google says that YouTube VR, and similar updates to the main YouTube channel, will roll out later this year.

In this article: applenews, google, googleio2017, VirtualReality, VR, wearables, YouTube, YouTubeVR
All products recommended by Engadget are selected by our editorial team, independent of our parent company. Some of our stories include affiliate links. If you buy something through one of these links, we may earn an affiliate commission.