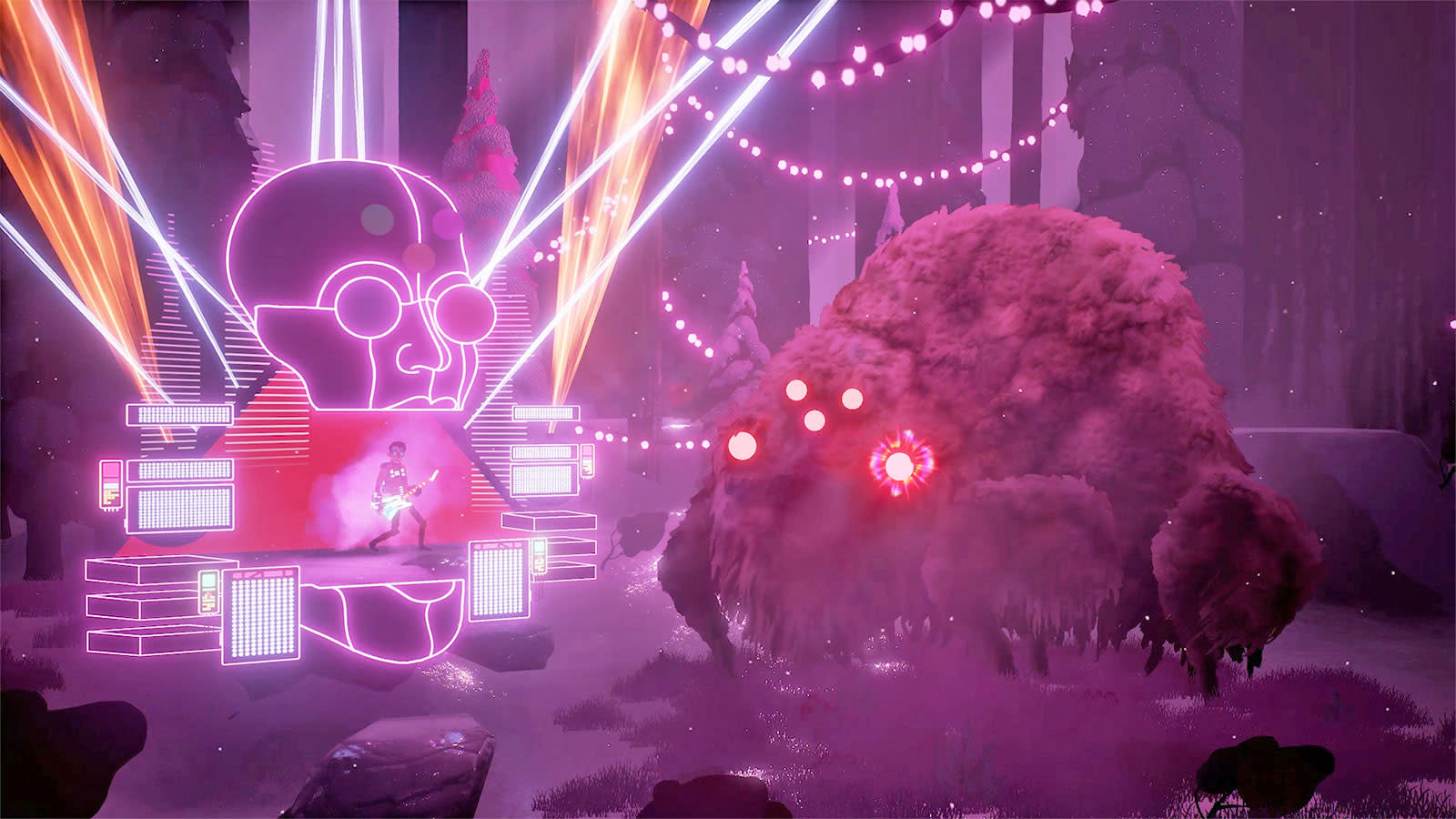 "It's not an artist's job to give people something they want, but to give them something they never could have imagined." These words are spoken to Francis Vendetti in The Artful Escape, an upcoming game that follows a young guitar prodigy on a psychedelic journey to discover who he really is. In the moment, the words are meant to help Vendetti find his own path as a musician, but it feels like they apply to the game itself -- a gorgeous, musical storytelling experienced disguised as a platformer.

To the quote's point, The Artful Escape feels like a game beyond my normal imagination. Not so much for its surreal imagery, but for the narrative its slightly absurdist art tells. Vendetti is a musician with incredible expectations on his shoulder. He's a talented guitarist, but he lives in the shadow of his uncle's fame. Everyone in his life expects him to be a great folks singer, like his uncle or Bob Dylan -- though he's starting to realize he wants to be a little more like David Bowie.

The game's E3 demo explores this idea by following Vendetti across a surreal, but absolutely gorgeous landscape. The player leaps over obstacles with double jumps, or glides across large gaps by "shredding" on a guitar, causing the character to slowly float to the ground. Simply walking through these landscapes is enjoyable and relaxing -- but it's the dialogue that makes the game interesting. Ghosts and strange creatures occasionally pepper Vendetti with questions. What kind of artist are you? What motivates you? Where does creativity come from? Finally, characters challenge the player to a simple rhythm game. The game's creative director, Johnny Galvatron, says each of these moments color the game's ending in some way -- helping to decide the stage persona Vendetti will adopt during his first public performance. It's simple, relaxing, visually rich and, above all, thought provoking. To me, that's everything an indie game should be. In other words, something I could never have imagined.

In this article: applenews, artfulescape, av, e3, e32017, gaming, hands-on, music, rockstar, xbox, xboxone
All products recommended by Engadget are selected by our editorial team, independent of our parent company. Some of our stories include affiliate links. If you buy something through one of these links, we may earn an affiliate commission.