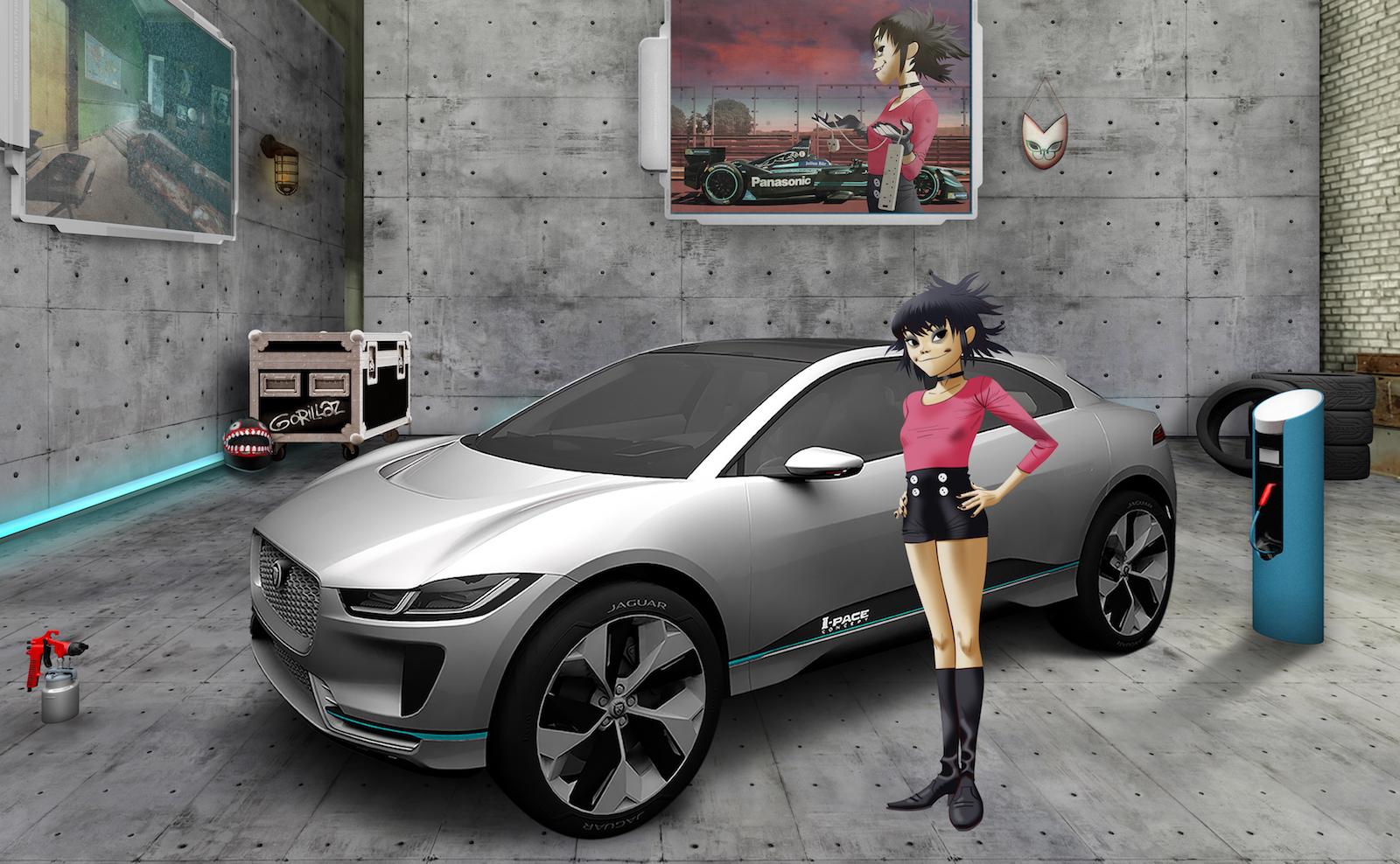 Jaguar Land Rover has teamed up with an unlikely partner to recruit its next wave of engineers -- the animated band Gorillaz. The auto company will be using the band's mixed reality app to challenge aspiring team members, fast-tracking the best performers through recruitment.

Gorillaz released the app earlier this year as an interactive lead-up to their album Humanz. Today, the app launched a new Jaguar Land Rover recruitment area, which will test prospective applicants in two parts. For the first, users will assemble the Jaguar I-PACE Concept, the company's upcoming electric sports car. The second task involves an alternate reality game featuring a series of code breaking puzzles. The company says they need 5,000 recruits this year.

Noodle, the totally fictional lead guitarist for Gorillaz, was named a Jaguar Land Rover ambassador last year and was quoted in a statement from the company saying, "Can you crack the code? Put your skills to the test!! Hey, maybe you might land yourself the most BADASS job you can imagine. Dare to win!"

Alex Heslop, head of electrical engineering at the company said in the statement, "As the automotive industry transforms over the next decade, fuelled by software innovation, we have to attract the best talent and that requires a radical rethink of how we recruit."

Those interested in competing can download the app now and I dare you not to dance while watching the recruitment video below.

In this article: applenews, business, engineers, gaming, gear, gorillaz, JaguarLandRover, mobile, transportation, video
All products recommended by Engadget are selected by our editorial team, independent of our parent company. Some of our stories include affiliate links. If you buy something through one of these links, we may earn an affiliate commission.