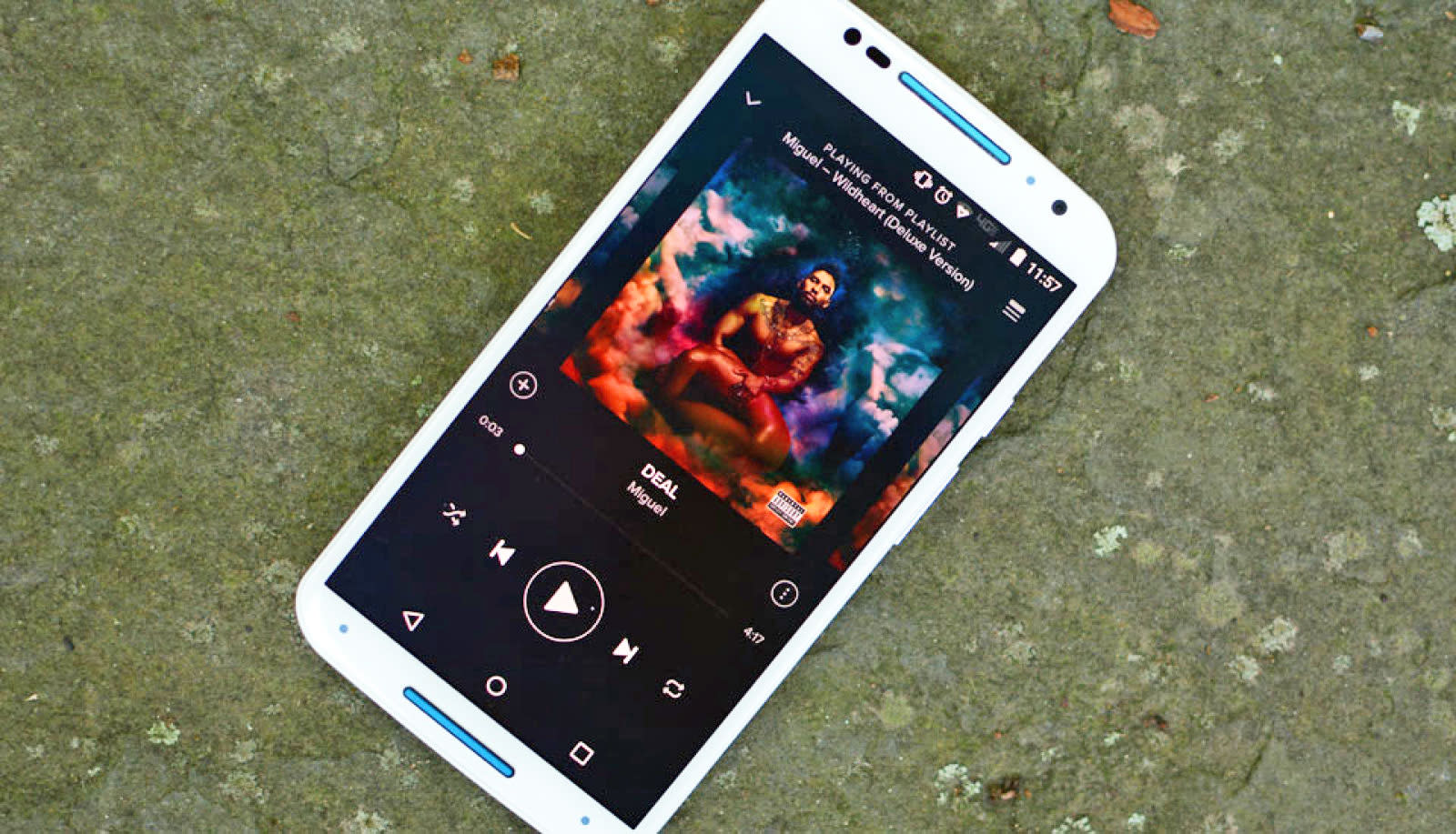 Spotify is already letting labels determine what you're allowed to play on its free tier. Now, however, it's giving labels the chance to insert songs of their own. TechCrunch has confirmed that Spotify is testing a "Sponsored Song" program that slips tracks into playlists you follow, and possibly elsewhere on the service. You wouldn't be forced to listen to a song, to be clear -- you could even opt out (unfortunately, it's not opt-in) to avoid seeing them. However, it might catch you off-guard if a brand new single slips into the rotation alongside your all-time favorites.

You could see a wider rollout if the test is successful, Spotify says. Logically, paying subscribers wouldn't have to worry about invading songs.

As our TC colleagues note, the approach will sound familiar: it's basically a more transparent, modern-day take on radio payola, where labels paid DJs to play songs that otherwise wouldn't get airtime. It likely wouldn't face the legal issues that payola did (the sponsored music is explicitly labeled and optional), but it'd still have the same effect of propping up music that you might not seek out on your own.

Spotify has plenty of reasons to adopt Sponsored Songs in spite of the potential backlash. Although it's getting better at racking up paid subscribers, most of its customers (90 million out of 140 million) are free listeners. There's only so much money Spotify can make by running ads every few tracks, and pay-for-play might help Spotify turn an elusive profit. Also, this could give Spotify more sway over labels. Want to guarantee that your song hits the top 40? Be prepared to pay up or cut a better royalty deal. While labels might leap at the opportunity, they could wind up in Spotify's pocket.

In this article: advertising, applenews, gear, internet, music, services, sponsoredsongs, spotify, streaming
All products recommended by Engadget are selected by our editorial team, independent of our parent company. Some of our stories include affiliate links. If you buy something through one of these links, we may earn an affiliate commission.