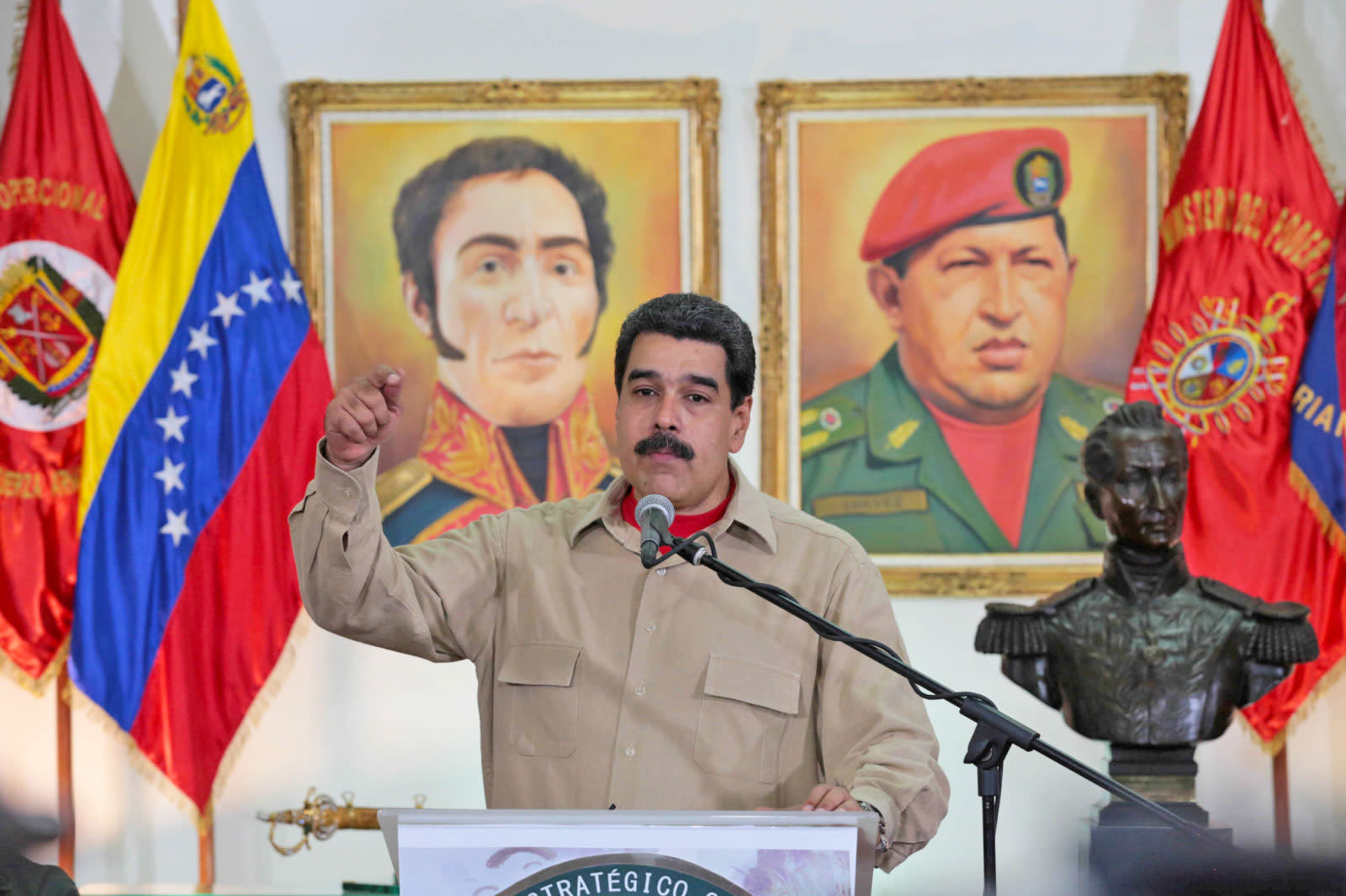 Venezuela has been accused of censoring Twitter as part of its bid to silence dissent, but it's not so happy now that the shoe is on the other foot. The country's leadership says that Twitter has suspended 180 accounts linked to the government, including radio and TV outlets in the presidential palace. While it's not clear what prompted the move, officials are furious -- President Maduro claims that Twitter blocked accounts "simply for being Chavistas," or supporters of his late predecessor Hugo Chavez.

Maduro isn't calling for a boycott of Twitter, though. The "battle on social media" is too important, he says. He insists that Twitter took down "thousands" of accounts (there's no firm evidence of this), and that Venezuela would respond by opening "10,000 or more" accounts in response.

We reached out to Twitter, but it says it has nothing to share. The social network normally takes down accounts for abuse, spam or security issues, but there aren't any immediate indications as to what prompted the decision or whether it's permanent. It'd certainly be unusual to block a mass of government accounts unless there was a clear, systemic violation of the rules. If there's an explanation, we might not know the full story for a while.

In this article: applenews, gear, internet, maduro, nicolasmaduro, socialnetwork, socialnetworking, twitter, venezuela, hidden:vv_3x4:19bb22b0-2c33-3927-aa59-98692996ec2f
All products recommended by Engadget are selected by our editorial team, independent of our parent company. Some of our stories include affiliate links. If you buy something through one of these links, we may earn an affiliate commission.