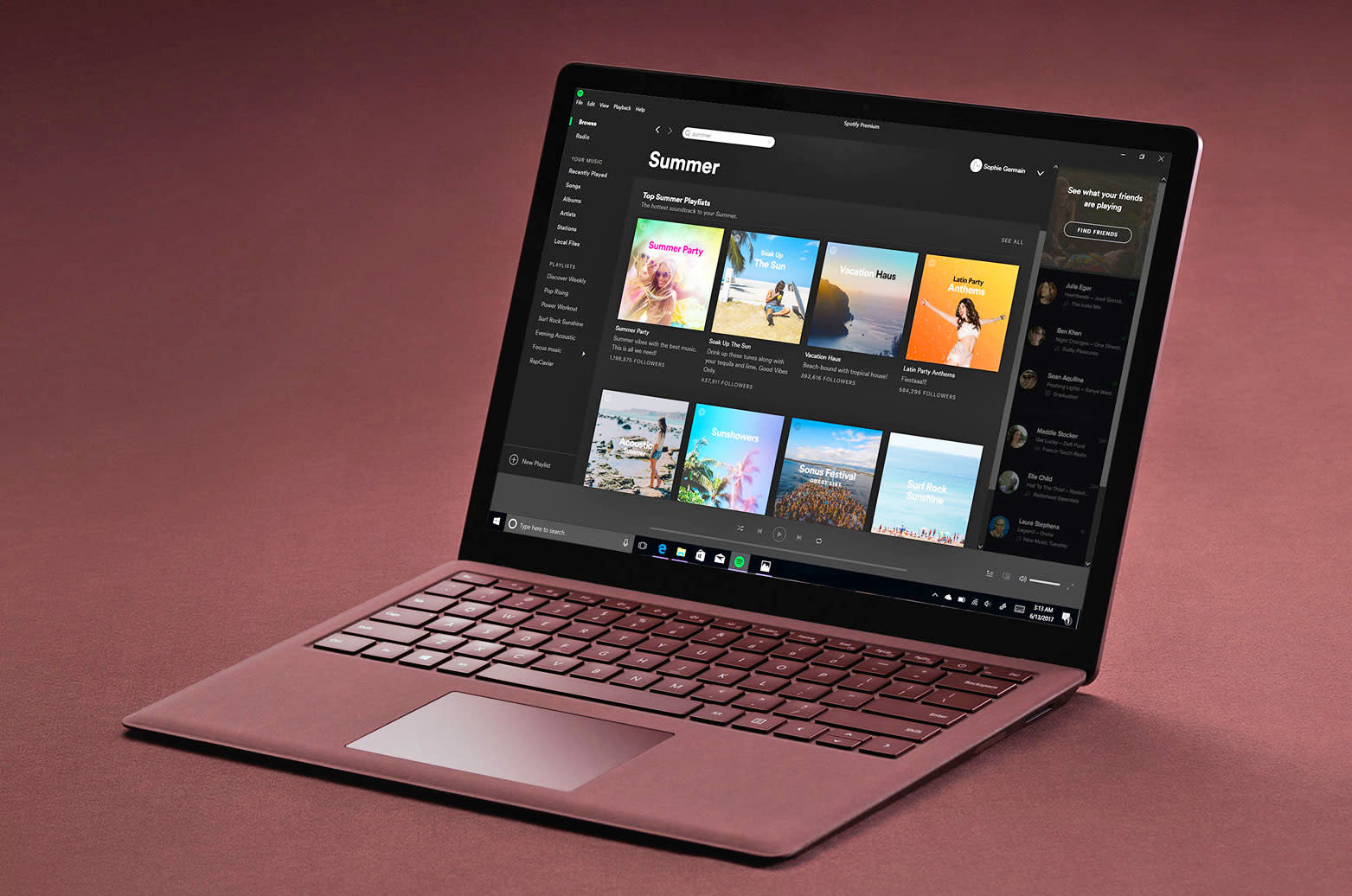 Microsoft promised back at Build that that a slew of big-name apps would reach the Windows Store, and it's making good on that vow. Spotify has released a Windows Store version of its app in every country where its streaming music service is available. This isn't a redesign, for better or worse -- Spotify is really just porting its existing app over using Microsoft's Centennial framework. The biggest immediate difference is that you'll get updates through the Windows Store. This release is more important in what it represents for Microsoft's long-term Windows plans than anything else.

As with iTunes (which is only slated to arrive sometime this year), the Spotify launch is really about ensuring that Windows 10 S users have access to must-have software that hasn't been available in the Windows Store until now. You're theoretically less likely to jump ship for Google's Chrome OS if you know that you can get a comparable Windows 10 S PC with native desktop apps, not just web or Android apps. While there's no guarantee Microsoft will succeed with this strategy, it was certainly going to face an uphill battle without Spotify's support.

In this article: applenews, centennial, entertainment, gear, internet, music, personal computing, personalcomputing, services, spotify, streaming, windows, windows10, windowsstore
All products recommended by Engadget are selected by our editorial team, independent of our parent company. Some of our stories include affiliate links. If you buy something through one of these links, we may earn an affiliate commission.