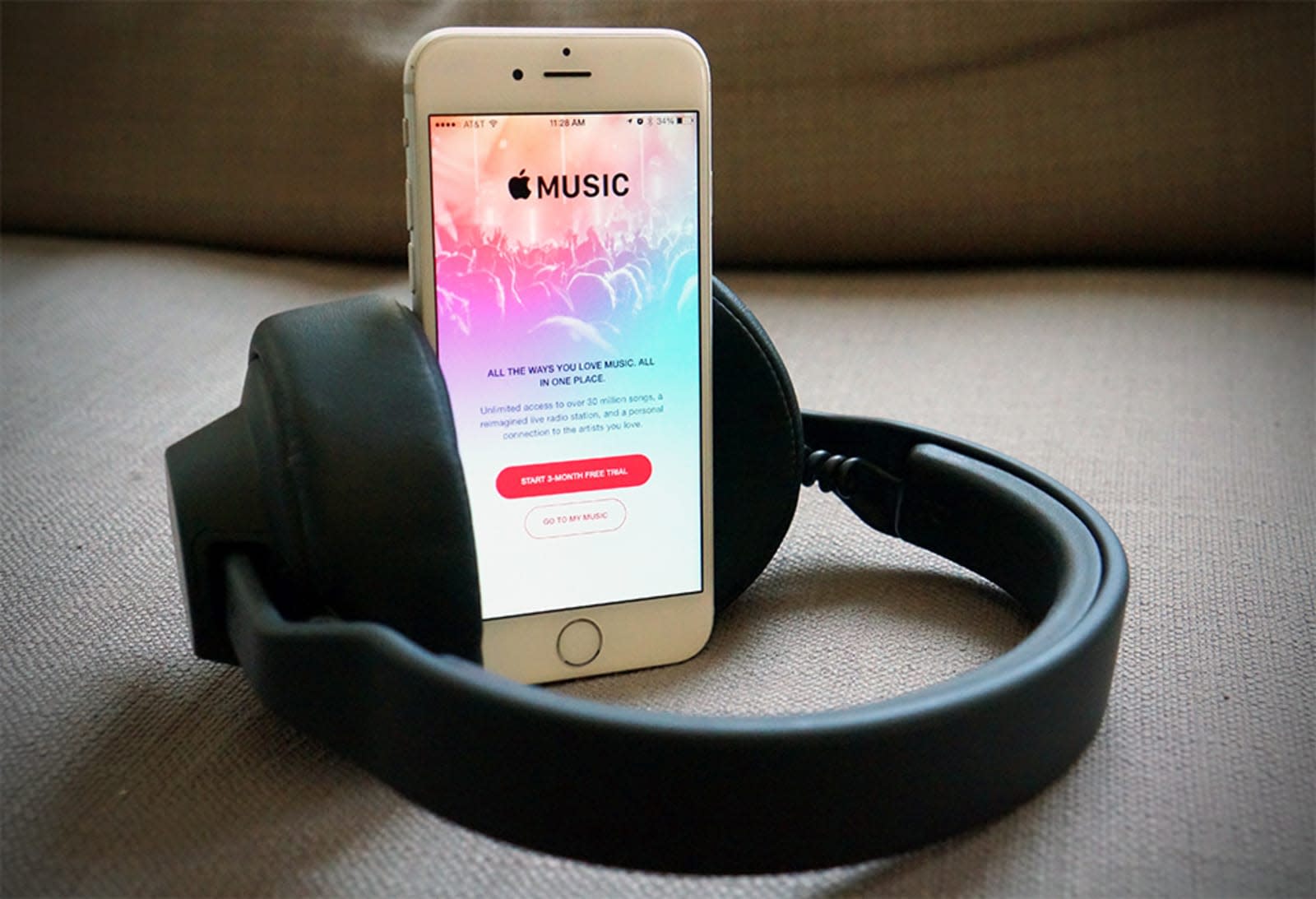 Apple's iTunes and Apple Music agreements with record labels' are set to expire at the end of the month and both sides have been negotiating new terms. Today, Bloomberg reports that Apple is looking to reduce record labels' share of streaming revenue.

As of now, 58 percent of the revenue generated from Apple Music subscribers goes to record labels. That rate is higher than what Spotify offers, which was recently dropped from 55 percent down to 52, though that reduction hinges on Spotify's continued growth. According to Bloomberg, the record labels are amenable to a rate reduction from Apple under similar terms. Apple's in a good position there, showing steady growth over the last two years. It's subscriber rate is currently around 27 million, up from 20 million just last December.

Streaming services have made a few concessions to record labels recently. Last month, the head of Apple Music, Jimmy Iovine, said that the streaming service would be moving away from exclusive music in light of push back from record labels. And Spotify has begun limiting what's offered through its free streaming version while also making an effort to actually pay royalties correctly.

Apple's new deal with record labels will probably also include their continued promotion of iTunes, a major source of music sales. If a deal isn't reached by the end of June, the current agreements will likely be extended until negotiations are finalized.

In this article: apple, applemusic, applenews, av, business, entertainment, MusicStreaming, RecordLabels, spotify
All products recommended by Engadget are selected by our editorial team, independent of our parent company. Some of our stories include affiliate links. If you buy something through one of these links, we may earn an affiliate commission.