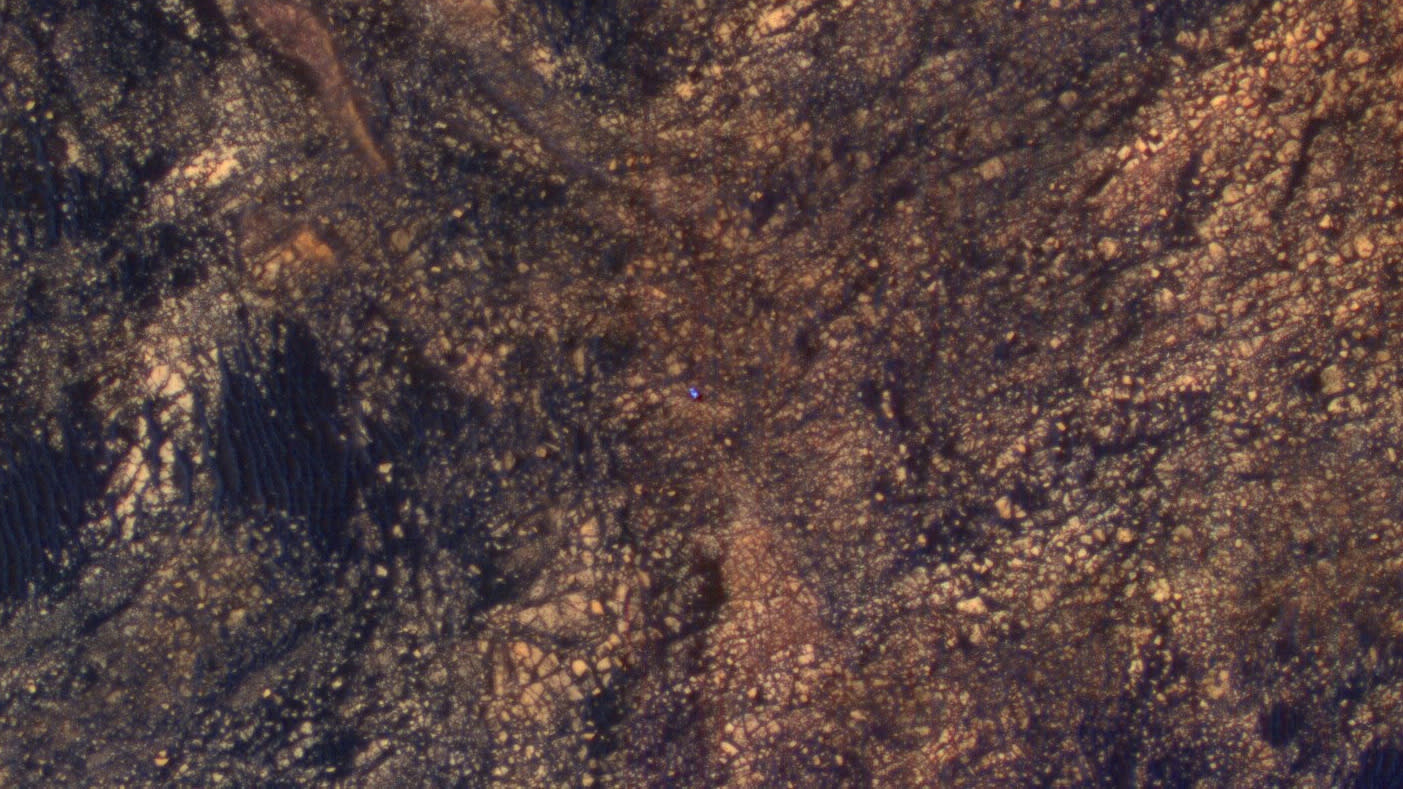 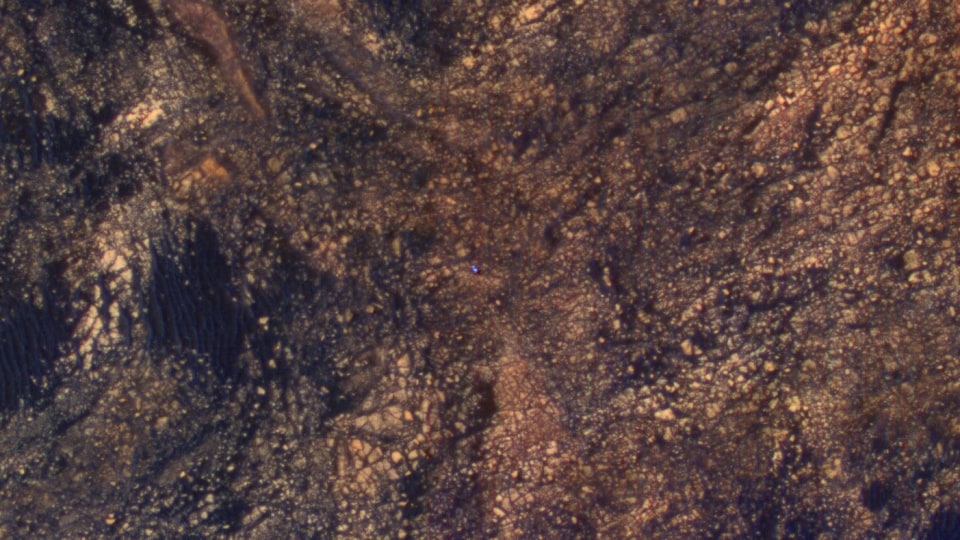 At this distance, Curiosity looks like a tiny beetle crawling over volcanic rock. Electric blue, its protective shell stands out against the rough, jagged mountainside. In reality, this is an image shot by NASA's Mars Reconnaissance Orbiter, an observational craft floating 200 miles above the planet's surface. We have, of course, seen Curiosity countless times before — it has a thing for selfies — but rarely from afar. In this photograph, you get a real sense of the planet's natural beauty and how empty, or quiet it must seem compared to Earth. Not that Curiosity minds, of course.

The photograph was taken with the orbiter's High Resolution Imaging Science Experiment (HiRISE) camera on June 5th. These "observations" are recorded in a red band, blue-green band and an infrared band, which NASA then converts into traditional shades of red, green and blue. It makes the images easier to parse, however they're not particularly accurate from a color perspective. That's why Curiosity looks so blue — in reality, it's a mixture of white, grey and black (no doubt with some orange, baked-on dirt too). Still, it's nice to see the car-sized robot in a different light.

In this article: applenews, curiosity, CuriosityRover, gear, mars, MRO, nasa, space, spacephotography
All products recommended by Engadget are selected by our editorial team, independent of our parent company. Some of our stories include affiliate links. If you buy something through one of these links, we may earn an affiliate commission.