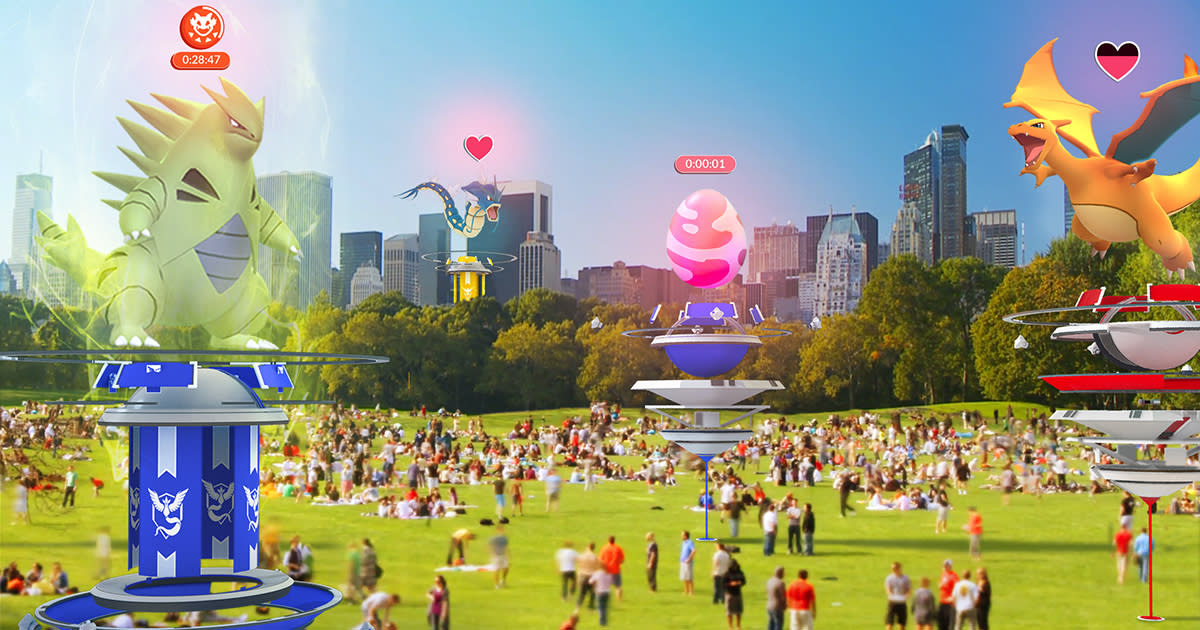 Some Pokémon Go players can now start working in groups to take on powerful creatures in Raid Battles, one of the long-awaited features for the popular augmented reality game. There's a catch, though: Pokémon trainers have to be level 35 and up to access the new co-op mode, so don't get too excited if you're a noob. In addition to that, developer Niantic says the Raid Battles are only live at "select" Pokémon Go Gyms around the world, though it's unclear which exactly. Those of you who do happen to be near one will have the chance to capture rare Pokémon and unlock a handful of other rewards, such as Rare Candies, Golden Razz Berries and different types of Technical Machines.

Trainers level 35 and above: You can now participate in Raid Battles at select Gyms around the world. pic.twitter.com/spg1okmpw8

Update: Apparently Pokémon Go lowered the bar and players with a 31 level can join the Raid Battles.

Trainers level 31 and above: You can now participate in Raid Battles at select Gyms around the world.

Update 2: The requirement has been lowered again, and now players at level 28 and up are eligible. You see how this works, right? (Update again -- now it's 25. We'll stop keeping track.)

Trainers level 28 and above: You can now participate in Raid Battles at select Gyms around the world.

In this article: applenews, ar, augmentedreality, battleraids, entertainment, gaming, mobile, niantic, nianticlabs, pokemon, pokemongo
All products recommended by Engadget are selected by our editorial team, independent of our parent company. Some of our stories include affiliate links. If you buy something through one of these links, we may earn an affiliate commission.