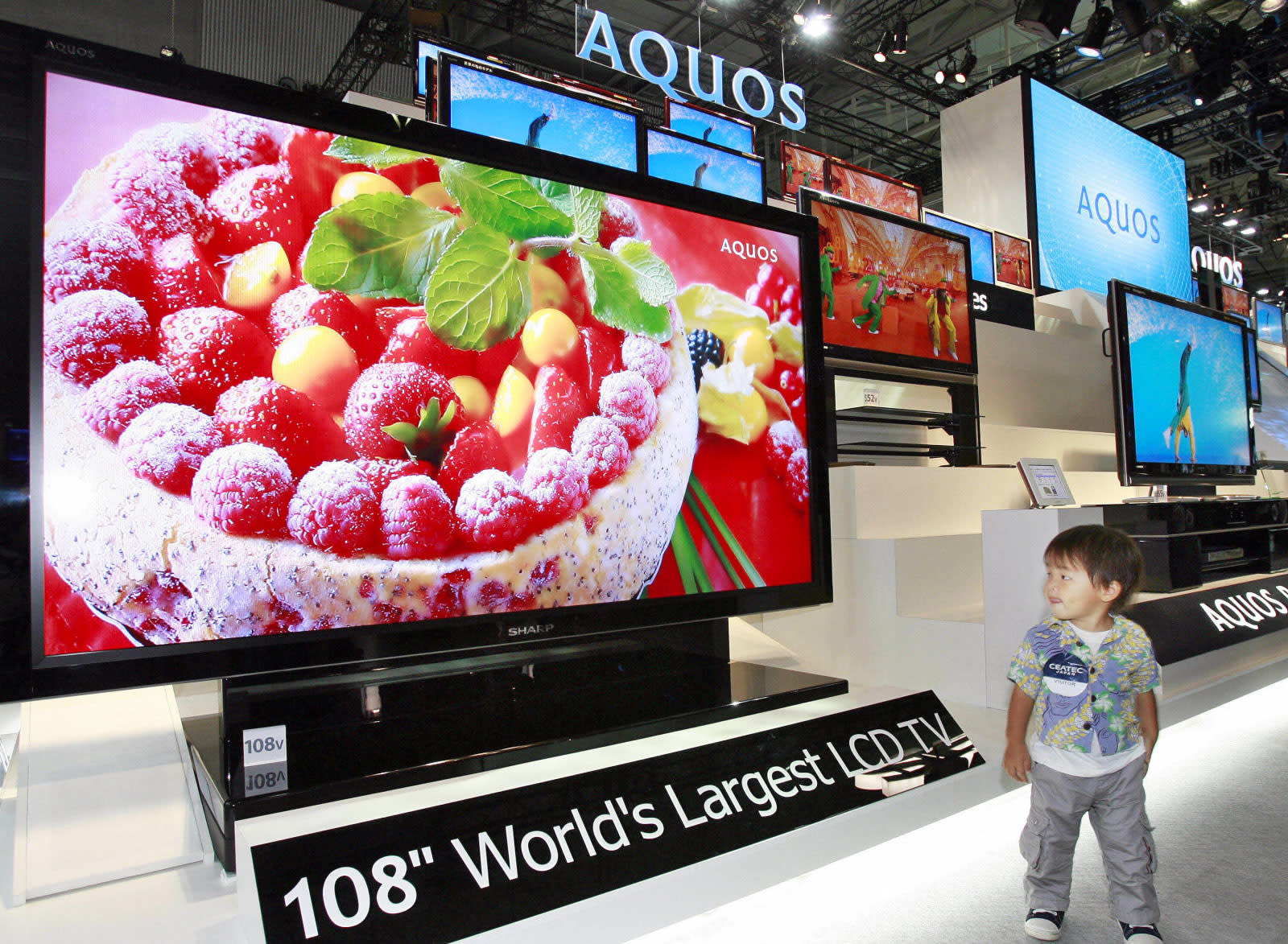 Now that Sharp is under new ownership by Foxconn, it may have big plans for a return to TV prominence. In a move that could explain a sudden push to recover the use of its name from Hisense, the Japanese company apparently has a plan to add OLED TV production lines at one of its plants next year. The Japan Times reports that at a cost of 57.4 billion yen ($515 million US), it could have production operation at two plants in the spring of 2018. While one would work on small and medium screens for phones (like, maybe a new iPhone?) and laptops, the other would focus on TVs, where LG dominates the segment, producing OLED panels for its own TVs as well as other brands.

In this article: applenews, av, Foxconn, gadgetry, gadgets, gear, HDTV, OLED, Sharp, TL17TVTV, UltraHD
All products recommended by Engadget are selected by our editorial team, independent of our parent company. Some of our stories include affiliate links. If you buy something through one of these links, we may earn an affiliate commission.