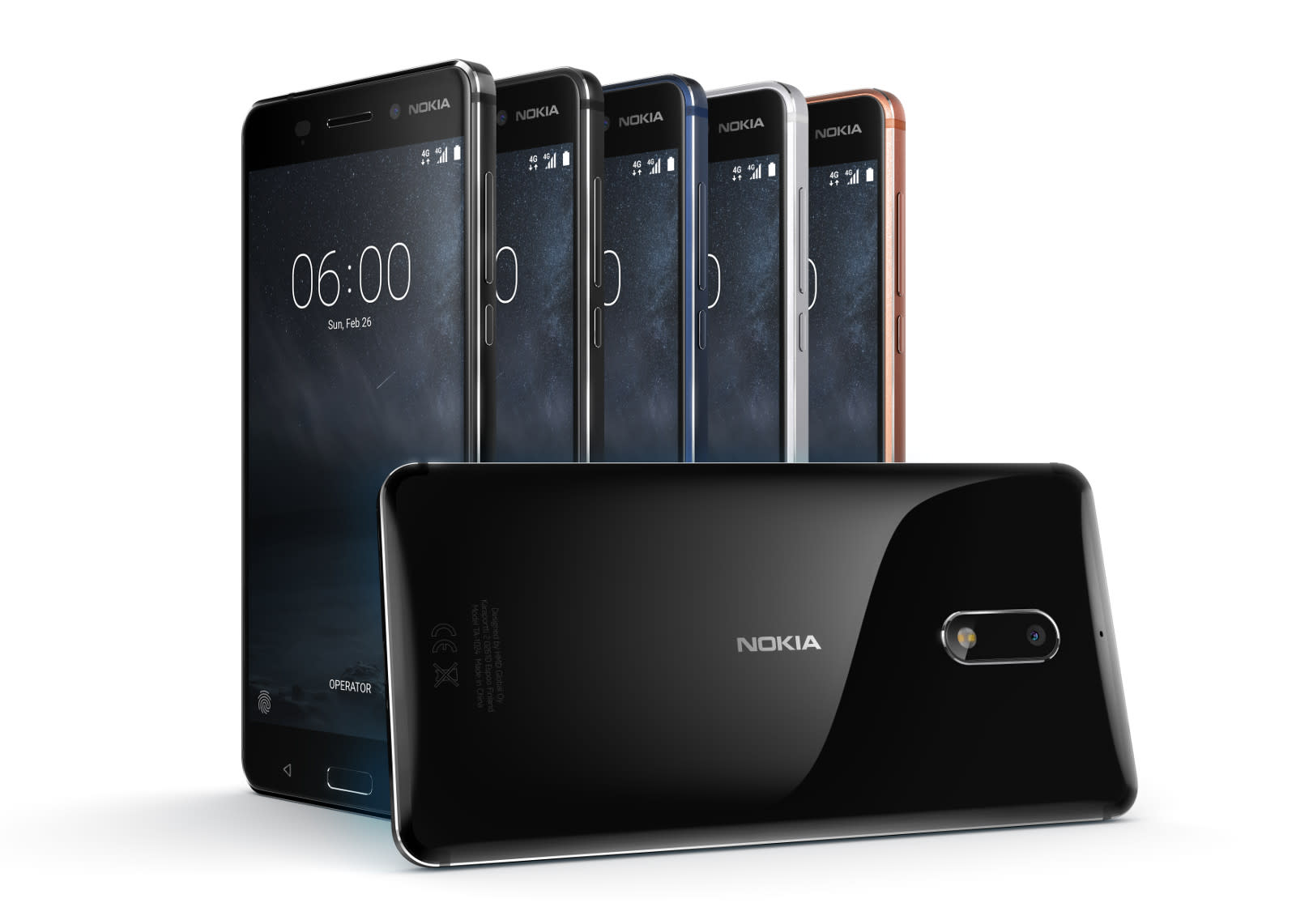 Amazon seems to be keen on growing its ad-subsidized "Prime Exclusive" lineup, because the tech titan has added five more unlocked smartphones to the list. One of them is the Nokia 6, HMD Global's first Android device in the US, which you can get for $180 instead of $229 if you're a Prime member. Moto E4, which is already incredibly cheap at $130, has also joined its Moto G siblings in the lineup for $30 less its original price. The Alcatel IDOL 5S, A50 and A30 Plus make up the rest of the five new devices and will set you back $200 ($80 lower than retail), $100 ($50 lower) and $80 ($50 lower), respectively.

The e-commerce website launched the Prime Exclusive lineup in 2016 to give its membership program's subscribers the option to get affordable smartphones for even lower prices. Sure, they're not top-shelf models, but since they're unlocked, they're perfect for those who don't want to be tied to a two-year contract with carriers. Amazon can sell them for as much as $80 off, because they're subsidized by ads and offers on the lock screen, though. If that doesn't bother you in the least, check out the lineup's official page where the five newest devices are already available for pre-order. The Moto E4 will begin shipping as soon as June 30th, while the other four will start shipping on July 10th.

Wondering which phone to get? HMD's Nokia 6 runs Android Nougat and has a 5.5-inch HD display and an aluminum body. Inside, you'll find a Snapdragon 430 processor, 3GB of RAM and 32GB storage with microSD support. The Moto E4, which we recently got the chance to try out, is pretty basic with its 5-inch display, quad-core Snapdragon 425, 2GB of RAM and 16GB of storage space. You can use the Nokia phone with an AT&T or a T-Mobile plan, while the Moto E4 works with any of the four big carriers.

Alcatel's A50 and A30 Plus both have 2GB of RAM, 16GB of storage space, 13MP rear-facing camera and 5MP front camera. The latter has a 5.5-inch display that's slightly bigger than the former's, though A50 has a few more bells and whistles that command a higher price. Finally, Alcatel's IDOL 5S, the most expensive of the three, is a bit fancier with its curved glass and metal design, 3 GB of RAM and 32 GB of internal storage.

In this article: alcatel, amazon, gear, hmdglobal, mobile, motoe4, nokia6, prime, primeexclusivephones
All products recommended by Engadget are selected by our editorial team, independent of our parent company. Some of our stories include affiliate links. If you buy something through one of these links, we may earn an affiliate commission.