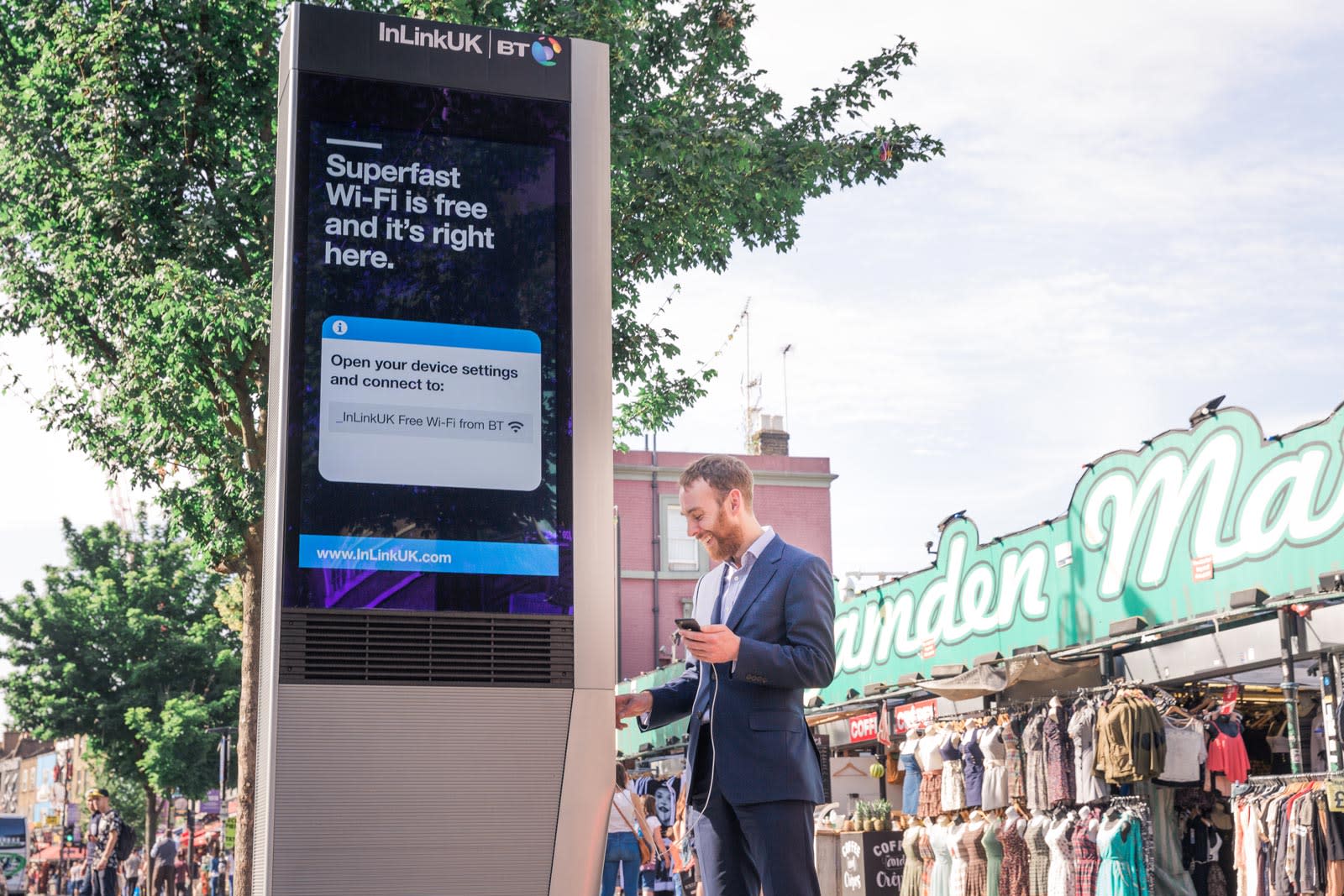 London's countless telephone boxes become more redundant with every new mobile contract signed and throwaway tourist SIM purchased. Having a mind to update these payphones for the modern age, BT -- which owns the majority of them -- announced last year it had teamed up with the same crew behind New York's LinkNYC free gigabit WiFi kiosks to make that happen. The first of these, installed along London's Camden High Street, have been switched on today, offering the fastest public WiFi around, free phone calls, USB charging, maps, directions and other local info like weather forecasts, Tube service updates and community messages.

Like the LinkNYC program, later plans for the UK's next-gen phone boxes include temperature, traffic, air and noise pollution sensors. The idea being the environmental monitoring aspect will create the data streams needed for future smart city projects. New York City now hosts almost 900 free gigabit booths, with "thousands more" to be installed over the next few years. By comparison, London's starting small with only a handful of cabinets along one major street, but many more are expected to spring up around the capital and in other large UK cities before the year's out.

In this article: alphabet, bt, gear, google, inlinks, inlinkuk, internet, linknyc, london, sidewalklabs
All products recommended by Engadget are selected by our editorial team, independent of our parent company. Some of our stories include affiliate links. If you buy something through one of these links, we may earn an affiliate commission.