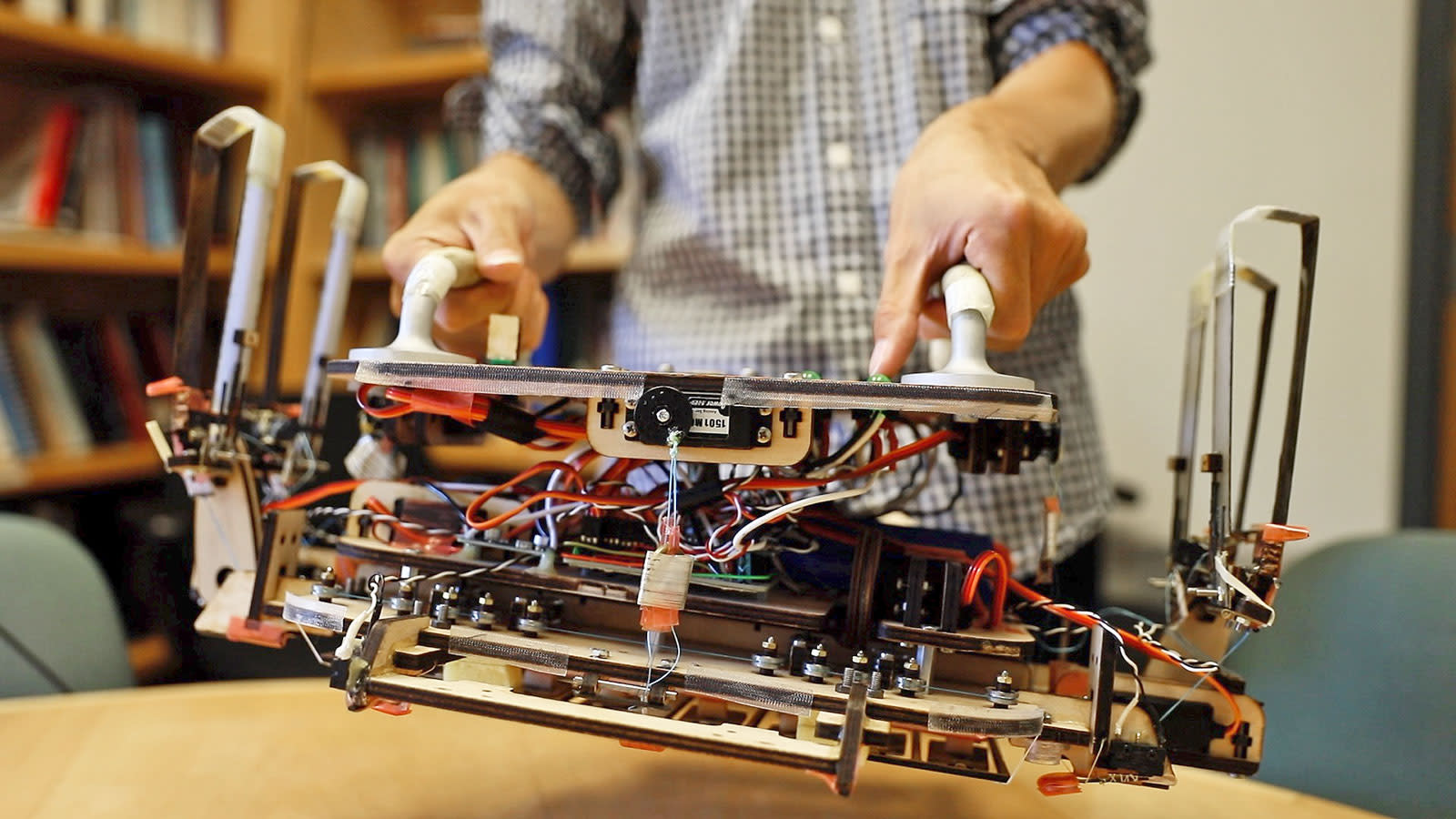 Space junk is a huge problem in orbit. Over 500,000 pieces of debris are currently orbiting the Earth at up to 17,500 miles per hour, and we haven't yet figured out how to clean it up. But engineers at Stanford may have made a breakthrough: They've designed a robotic gripper based on gecko's feet that works in zero-g. The end goal is to use it to clean up space junk.

The problem with existing technology is that everything is designed to work at Earth's gravity, within Earth's temperature range. Scotch tape and other sticky substances aren't adhesive in the cold temperatures of space. Suction cups rely on atmospheric pressure, which doesn't exist in the vacuum of space. And many other devices, such as harpoons, nets and traditional grippers, require too much force, which could send debris in dangerous and unintended directions.

Geckos can climb up walls and other vertical surfaces because of microscopic flaps on their feet that create an adhesive force. By modeling their technology on these flaps, the team was able to create a gripper that only requires a small push to stick to a surface. Instead of using force to grab the object, coauthor Elliot Hawkes says in the news release, "I can touch the adhesive pads very gently to a floating object, squeeze the pads toward each other so that they're locked and then I'm able to move the object around."

So far, the gripper has been tested in multiple zero gravity environments, including on a parabolic airplane flight (also known as the vomit comet). A small version of the robotic gripper was sent to the International Space Station for testing aboard the station, but it hasn't yet been used outside in the vacuum of space. The team's next step is to design a larger, more durable gripper that can handle both space's temperature extremes and the higher radiation outside the ISS.

In this article: roboticgripper, space, spacejunk, tomorrow
All products recommended by Engadget are selected by our editorial team, independent of our parent company. Some of our stories include affiliate links. If you buy something through one of these links, we may earn an affiliate commission.