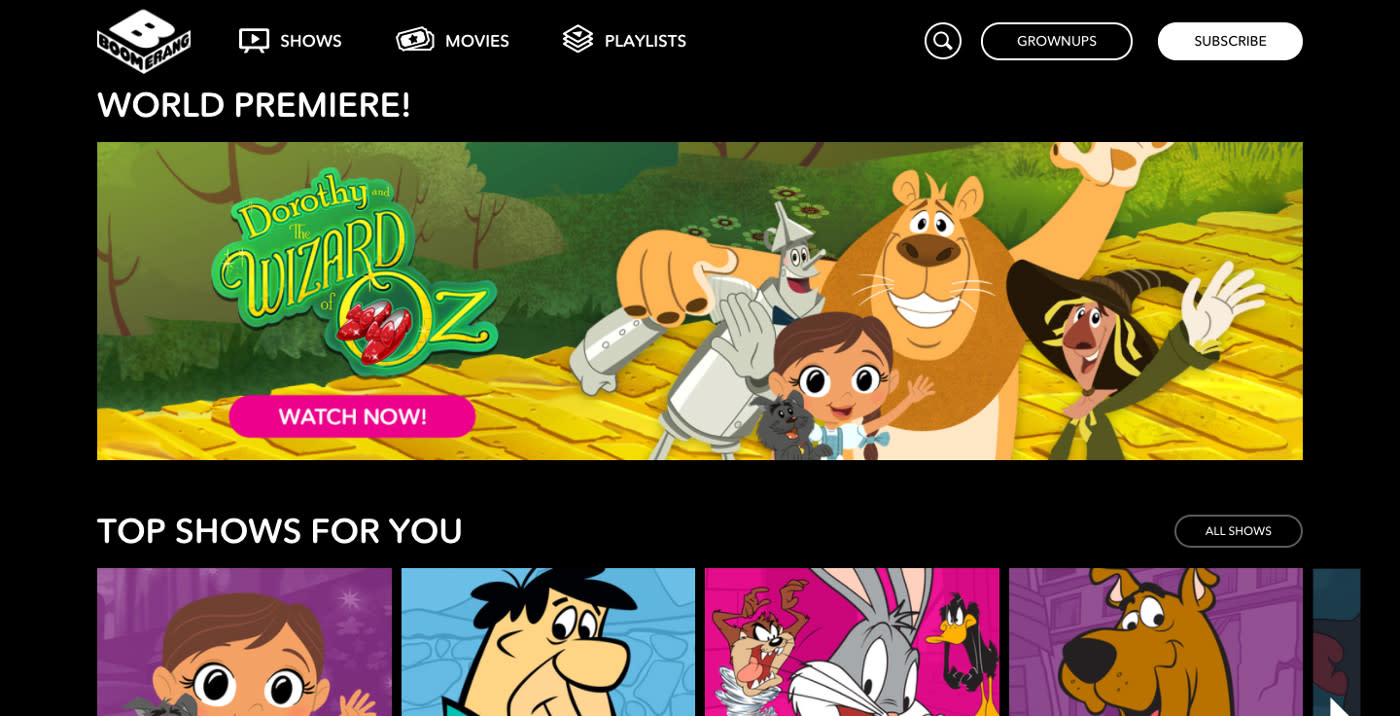 Parents tired of watching Moana on repeat, listen up: there's a new streaming service on Apple TV that just might catch your kids' attention. Boomerang, which offers a variety of classic Saturday morning cartoons from your youth, has finally arrived on Apple TV. It was originally a Time Warner cable channel until it re-emerged as a streaming service for the web, iOS and Android devices in March. Now that it's also out for Apple TV, you can stream all the Bugs Bunny, Scooby-Doo, Tom & Jerry, The Jetsons and The Flintstones you want if you fancy going on a nostalgia trip. Boomerang has around 5,000 episodes from Hanna-Barbera's, Looney Tunes' and MGM's libraries on offer, so you won't quickly run out of things to watch either.

In addition to launching on Apple TV, the service has also debuted its first original series, Dorothy and the Wizard of Oz. It's celebrating the event by giving Kansas residents (naturally) a free 30-day trial if they sign up from today until July 4th. Once that's up, they'd have to pay $5 per month or $40 per year like everyone else, because there might no place like home, but Boomerang still has to make money.

In this article: apple, appletv, boomerang, cartoons, entertainment, internet, streaming
All products recommended by Engadget are selected by our editorial team, independent of our parent company. Some of our stories include affiliate links. If you buy something through one of these links, we may earn an affiliate commission.