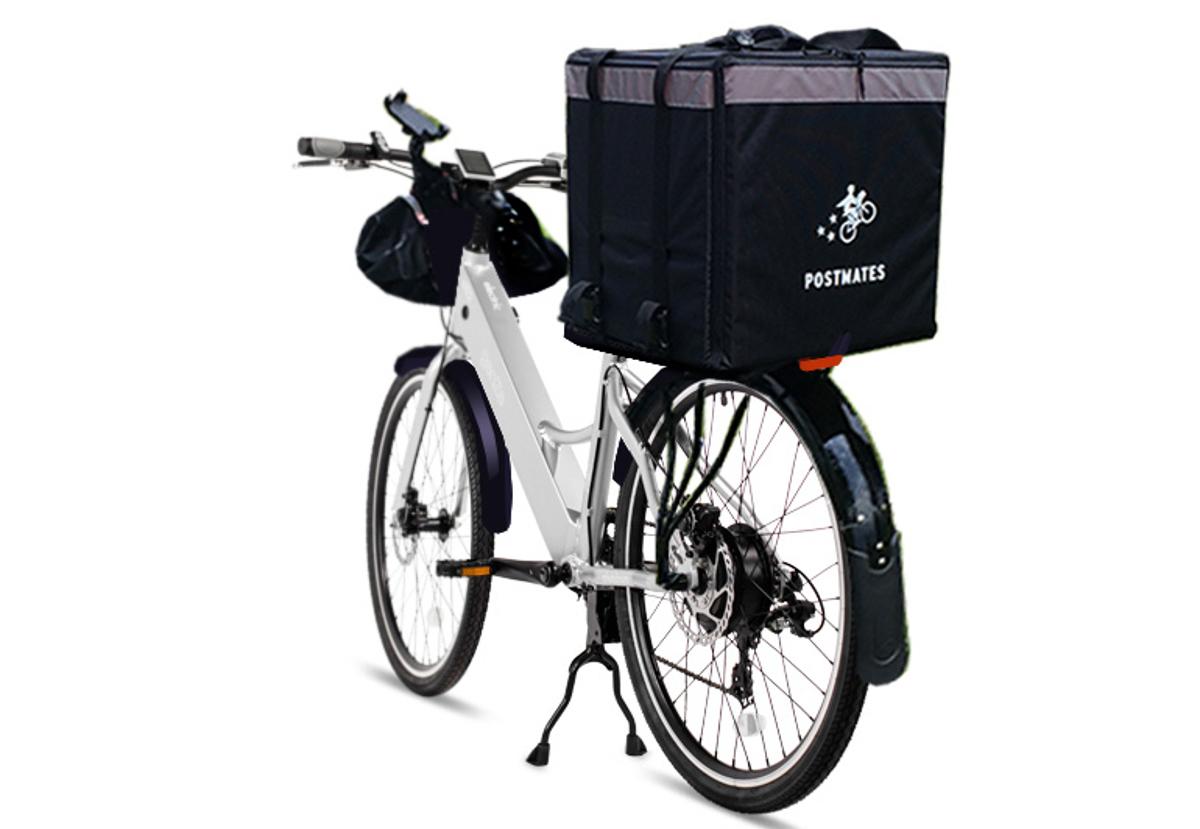 You'll need your own vehicle if you want to be a courier for Postmates, but if you're in San Francisco, you can rent an eco-friendly option from the company itself. The food (and booze) delivery service has started renting out e-bikes to delivery personnel in the city as part of the zero-emission initiative it launched a few months ago in Manhattan, where it has electric scooters on offer. While the program is only live in two locations, Postmates says it could eventually expand to other cities across the US.

San Francisco's e-bikes can only last 20 to 40 miles on a single charge, a range much shorter compared to Postmates' scooters in New York, which can run for 60 miles. However, it's also cheaper: couriers can rent it for $80 a month instead of $120, paid via the money they make through the service. Besides, each e-bike comes with an extra battery and a bag they can use to hold deliveries.

By offering e-bikes for rent, the company is hoping not just to be kinder to the environment but also to boost its network's earning potential. It would eliminate the need for gas, after all. And since it can go faster than a regular bike, couriers could take more orders and earn more money within the same amount of time.

In this article: business, ebike, food and drink, food-and-drink, foodanddrink, gear, green, nyc, postmates, sf, zero-emissionscooter
All products recommended by Engadget are selected by our editorial team, independent of our parent company. Some of our stories include affiliate links. If you buy something through one of these links, we may earn an affiliate commission.