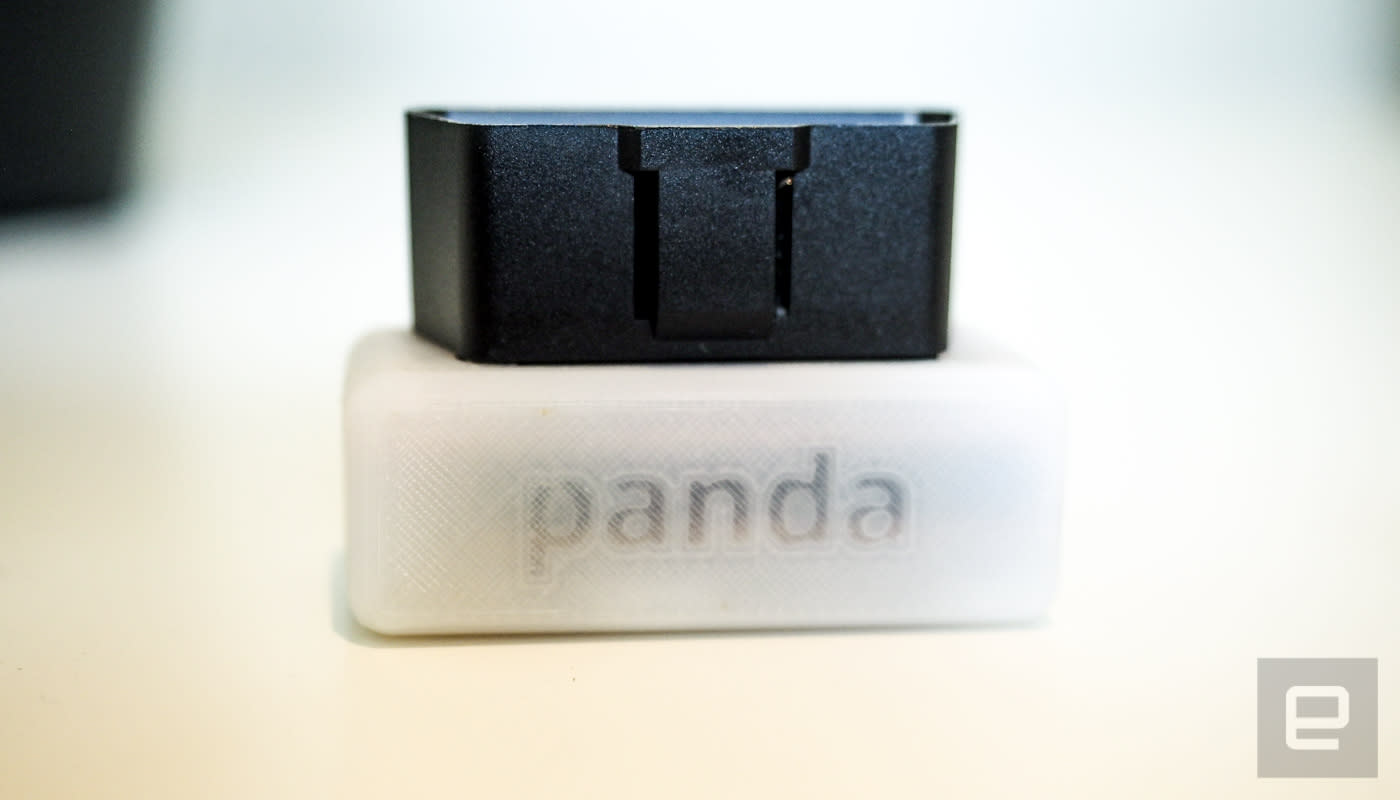 George Hotz is intrigued by artificial intelligence. The man who hacked the iPhone and PlayStation 3 as a kid, has moved on to self driving cars with his company Comma AI because of the autonomous vehicle technology's reliance on machine learning. After an initial hiccup that involved the company cancelling a device that would make cars semi-autonomous (because of a run in with regulators), Comma AI is back The new $88 Panda OBD II dongle, like most universal car interfaces, plugs into your car (1996 or newer) and gathers data.

"It's amazing how little information there is about the plethora of sensors in your car. Information should be free," Hotz said.

The data that is collected is usually shared with the driver and typically includes, speed, location (if the car has GPS), fault codes and a few other bits, like how much fuel is in the tank. The Panda takes it further. According to Hotz, it surfaces information that up until now, was only accessible to the manufacturer.

It supports 3 CAN (Controller Area Network, the main vehicle interface standard), 2 LIN (Local Interconnect Network) and 1 GMLAN (General Motor Local Area Network) for access to almost all of the sensors in most of the cars on the road. The dongle ships with WIFi and a USB port to interface with your computer and charge your smartphone. The result is a barrage of data. To help parse all that information Comma AI also launched Cabana a CAN analysis tool.

Cabana takes all the information from the Panda and video collected by Comma AI's Chffr app and syncs it. Drivers can watch a video of their drive in Cabana and see how and which sensors are reacting. The only issue is that the company doesn't actually know what each sensor in every car does. It's counting on header files within vehicles to help figure some of that stuff out. But for anything else, it's looking to the community to help fill those gaps.

In fact the entire scheme is open source with a GitHub repo for sharing the DBC files (the auto industry's standard file format) generated by the community's findings. Comma AI says the goal of the opendbc project "is to build a repository with a DBC file for every car ever manufactured and democratize access to the decoder ring for your car."

Hotz says that his company share all of its opendbc information with the community. There won't be an internal database separate from what the community helps build. The company is also going to release APIs so developers can build apps and services on top of what's learned with the Panda.

"The real point of shipping Panda out to people is to create that interface that cars don't have. We want to plug cars into computers." Hotz told Engadget. Hotz hopes that Panda, Cabana and opendbc will help his company generate the data it needs to realize his goal of building a self-driving car add-on for vehicles already on the road even if it takes a few years. He's also hoping to help build a robust car hacking and car tuning community thanks to Comma AI's low cost Panda dongle. "We're going to make Panda the most universal car interface ever to exist."

Pre-orders are available now with Pandas landing in customer mailboxes in about four to 12 weeks.

In this article: autonomouscars, business, Cabana, CommaAI, gadgetry, gadgets, gear, georgehotz, hacking, opendbc, Panda, personal computing, personalcomputing, self-drivingcars, SelfDrivingCar, services, transportation
All products recommended by Engadget are selected by our editorial team, independent of our parent company. Some of our stories include affiliate links. If you buy something through one of these links, we may earn an affiliate commission.